Marie, Pierre and Irène Curie have received a total of four of Nobel prizes, the highest won by a single family! 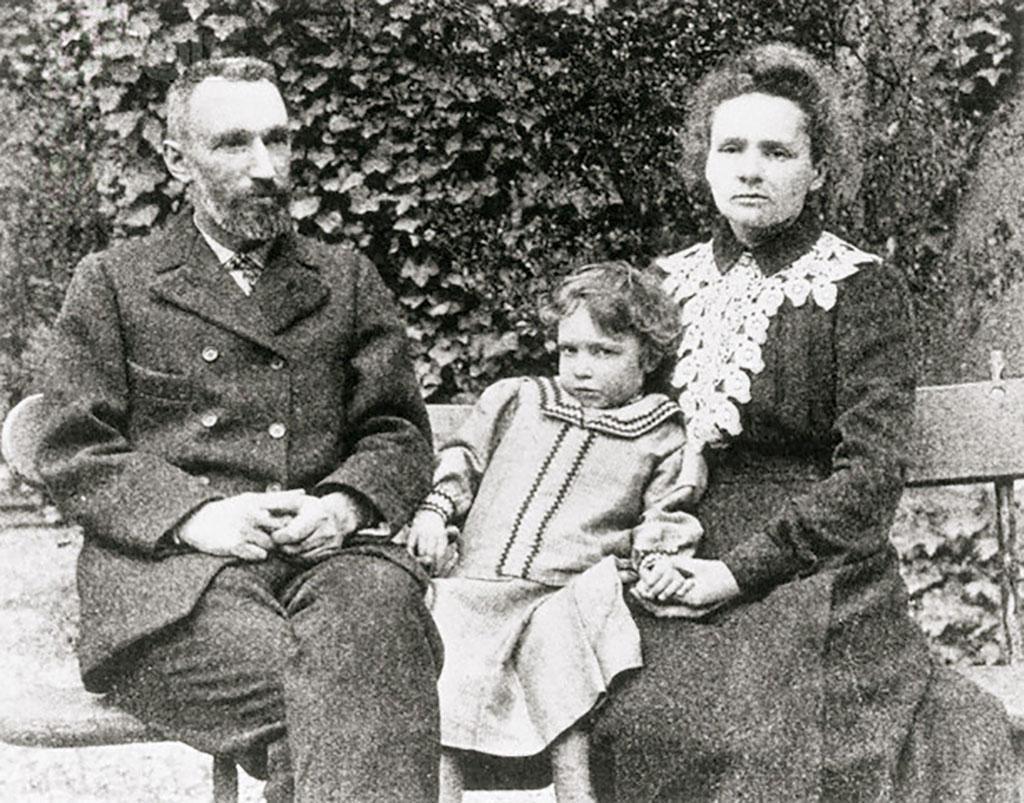 On April 20, 1902, Marie and Pierre Curie successfully isolated radioactive radium salts from pitchblende, a mineral, in a laboratory in Paris, France. Inspired by French physicist Henri Becquerel’s 1896 experiment on phosphorescence, or the phenomenon that allows certain objects to glow in the dark, the Curries were able to find traces of two radioactive elements—polonium (Element 84) and radium (Element 88). In 1903, Marie Curie received the Nobel Prize in Physics making her the world's first woman to win the prize. Curie shared the 1903 Nobel with her fellow researcher Pierre Currie and Becquerel for their combined work on radioactivity.

In 1911, she created history again by becoming the first woman to have won two Nobel awards. The 1911 Nobel Prize in Chemistry was awarded to Marie after she managed to produce radium as a pure metal. This proved the new element's existence beyond doubt. While delivering a lecture at the Royal Academy of Sciences in Stockholm, Sweden in 1911, Curie shared some critical details about "radioactive elements" and the phenomenon called "radioactivity". "Radioactivity is an atomic property of matter and can provide a means of seeking new elements," she said. She also spoke about the chemical properties of radium, the new element that was about a million times more radioactive than uranium. "Radium in solid salts was about 5 million times more radioactive than an equal weight of uranium," said Curie during the 1911 lecture.

However, this was not the last Nobel for the Curie family. The 1935 Nobel in Chemistry went to Irène Curie and her husband and co-researcher Frédéric Joliot for their joint work on the artificial creation of new radioactive elements. The Curies have received a total of four of Nobel prizes, the highest won by a single family. They also have the unique distinction of having three Nobel-prize winning members in the family.