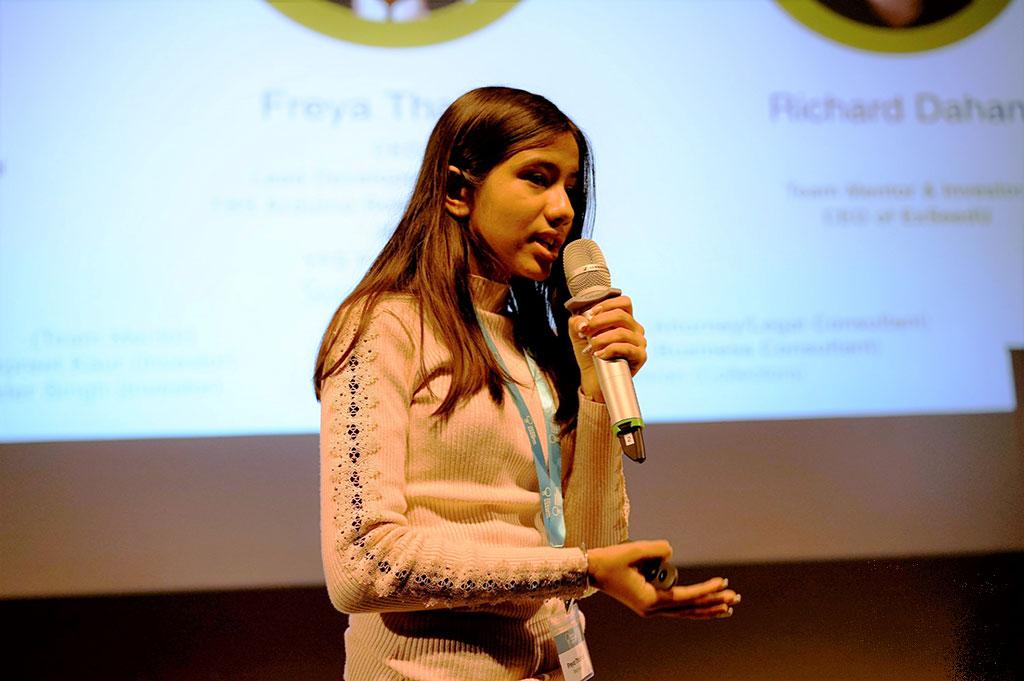 Freya Thakral started advocating for a sustainable method of recycling after speaking to the underpaid and marginalised rubbish-pickers in New Delhi.

Freya Thakral a 13-year-old student of the British School, New Delhi, has been named among the recipients of the 2020 Diana Award, which recognises young changemakers across the world.

Thakral has been chosen for her Recycler App, a web-based mobile application to connect users with waste-handlers. The door-to-door pick up service helps in easy disposal of recyclable waste for those who may not have the means or time to travel to drop their waste.

The app also claims to be helpful for waste handlers, whose earnings are usually low and are vulnerable to health issues because of improper handling of waste. Services are currently restricted to South Delhi with plans of extending operations to all parts of the national capital.

Thakral’s name was added to the ‘roll of honour’ along with other changemakers on July 1, 2020, the late Princess Diana’s birth anniversary.

“... Receiving this honour they (the winners) will inspire more young people to get involved in their communities and begin their own journey as active citizens,” said Tessy Ojo, chief executive of The Diana Award.

Thakral’s journey began in Delhi: After speaking to some underpaid and marginalised rag pickers — many of them children — she started to advocate for change by building a more sustainable method of recycling.

Her passion to support children in her local community made her reflect on the financial difficulties encountered by their families and how education was important in shaping a young person’s future.

Driven by a passion to transform the lives of Delhi’s rubbish-picking community, Thakral developed an app that focused on door-to-door recycling business. The teenager’s work on sustainable recycling is a valuable contribution towards achieving the United Nation-mandated Sustainable Development Goals of poverty alleviation, innovation, infrastructure, responsible consumption and climate action.

How the award works

The award is given out by a charity established in memory of the deceased Princess of Wales, who succumbed to her injuries in a car accident in 1997.

The award is considered to be the highest accolade a young person can achieve for social action or humanitarian efforts.

Profiles of aspiring awardees were shared by adult nominators who knew the young changemakers in a professional capacity and recognised their efforts as a positive contribution to society. They had to demonstrate the nominee’s impact in five key areas:

There are 13 Diana Award judging panels representing each region or nation of the United Kingdoms; and three panels representing countries outside. Each panel comprise three judges — a young person, an education or youth work professional and a business or government representative.

Nominations are judged according to criteria and scoring guides that have been created to measure the quality of youth social action.