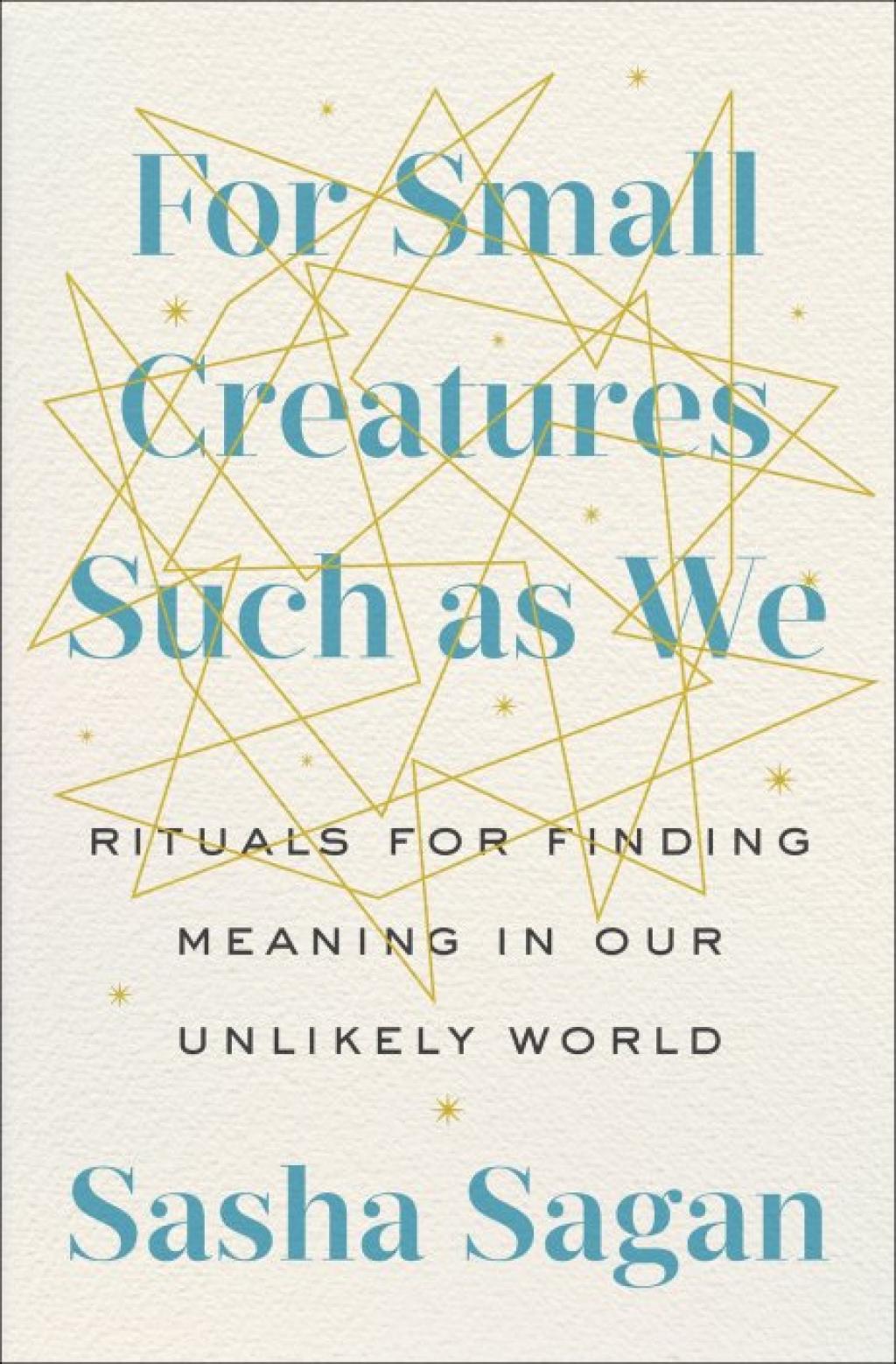 'For small creatures such as we' review: The importance of being ritualistic

Sasha Sagan’s book is principally the experience of a secular individual who can appreciate rituals’ beauty and importance as an important component of human behaviour without the intrusive presence of religion.

“For small creatures such as we, the vastness [of the universe] is made bearable only through love,” wrote Carl Sagan in his classic bestselling book, Cosmos. The book and the accompanying television series of the same name, charmed, enchanted and perplexed many hundreds and thousands of readers and viewers across the world.

The book and the television series set new standards in science communication and made their author and protagonist, Carl Sagan, an international celebrity and household name. Thirty-four years after the broadcast and publication of the first Cosmos, came the second Cosmos series in 2014, produced by Ann Druyan and presented by astronomer, Neil de Grasse Tyson.

In the wake of the second Cosmos comes the third Cosmos that is now being broadcast from March 9, 2020 and the book, For Small Creatures Such as We written by Sasha Sagan. The book is a tribute to the work done by her father, who taught her the twin qualities of wonder and skepticism whilst looking at the marvels of the cosmos we inhabit.

Sasha Sagan was only fourteen years old when her father died of myelodysplsia, a rare form of bone marrow disease. Throughout the book, it is evident how much Sasha misses her illustrious father as well as the fact that she did not fully gauge the importance of his presence when he was alive.

This is cogently stated in chapter five, Confession and Atonement, where she writes poignantly of her father, “Things my dad had held. How ordinary they seemed to me then, and how sacred they seem now. How sorry I am I didn’t cherish every minute, every tiny detail, conversation, inside joke, and quiet moment. But that’s the thing about death — it makes you appreciate life.”

Needless to say, this feeling of valuing the living is an aspect of human existence that we all need to be reminded of on occasions, and Sasha has done well to provide us food for thought in this regard. 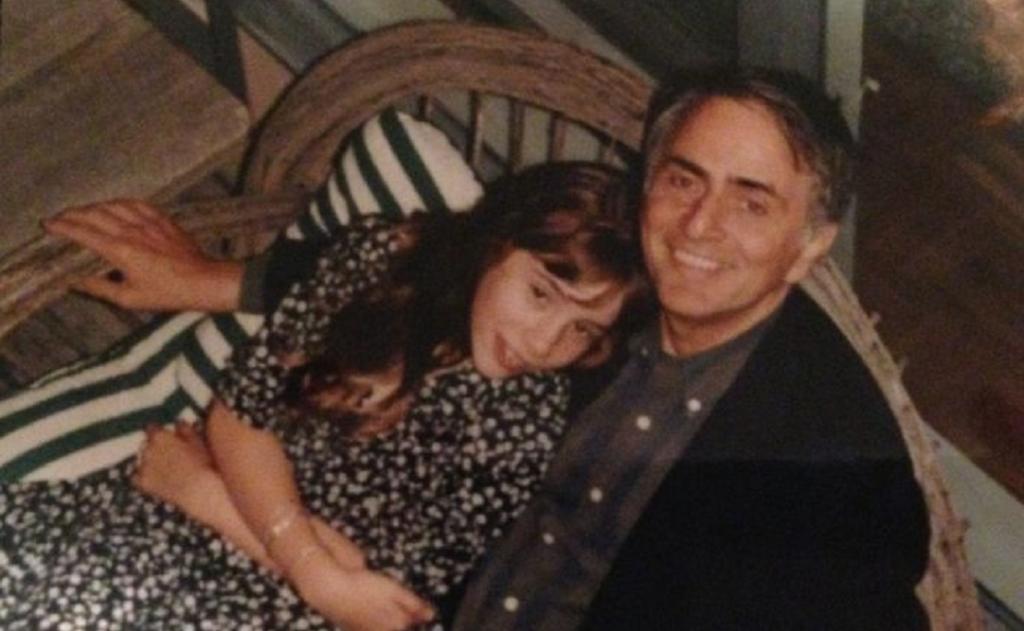 For Small Creatures Such As We is a book that takes us on a journey of celebrating rituals, principally the experience of a secular individual who can appreciate the beauty and importance of rituals as an important component of human behaviour without the overwhelming and very often, intrusive presence of religion.

Of Jewish ancestry and married to Jon, a Christian, Sasha Sagan speaks about rituals and their significance across the human species and provides deep insights on their origins and evolutionary context.

Although she was the daughter of a man who might have been the world’s most famous non-believer when he was alive, Sasha reveals that her parents were not opposed to her participating in some traditional rituals that are associated with religion, but which can be celebrated with a secular mindset nonetheless.

In the sixteen chapters in For Small Creatures Such As We, starting from birth to death, Sasha Sagan tries to explore if rituals could make our existence more meaningful in the face of the ultimate extermination of the planet Earth and all life alongside it.

Sasha Sagan does admit that no matter what one does during one’s lifetime, nothing is permanent and our existence will be wiped out over the passage of millions and billions of years.

Considering that our species might go extinct or evolve into something unrecognisable from our current state, the importance of valuing rituals that are in essence temporary manifestations of human behaviour, gathers added meaning.

Throughout the book, Sasha Sagan makes a gallant attempt at researching different kinds of ritual, sometimes even exposing the frailty of some conventional rituals like Thanksgiving, which are one-sided and miss out on the perspective of people who are different from a dominant culture.

As an Indian, it was a great delight to find references to Diwali and Vijaya Dashami, among others, in the references mentioned to describe a particular pattern of human behaviour.

It was a pleasure to read Sasha describing the relevance of Christmas in secular terms, and how numerous people celebrate the occasion without ascribing any religious undertone to the festivities.

The whole book draws upon many events in Sasha Sagan’s own life, starting from her childhood experiences with her parents, when her father took her in his arms after her birth and said, ‘Welcome to planet Earth’ to her finding her own love and leading on to the birth of her own daughter, Helena.

Sasha also speaks about her family history on both her father’s and mother’s sides and gives us very moving portraits of her grandparents and how they emigrated to the United States under trying circumstances.

She attributes her good fortune to factors of random chance in the universe and comments on how wondrous the sequence of events are bound to be for the birth of every human being on planet Earth.

Sasha Sagan also speculates how her father, Carl Sagan, might have reacted to modern-day developments in technology, especially the internet and smartphone. Although Carl Sagan never had an email address, Sasha speculates that he would have loved the internet and the modern-day mobile phone, where any information is freely available by a few taps on the phone.

In a world beset with frailties of human behaviour, Sasha Sagan calls for greater awareness on the plight of the underprivileged and those who lack the basic amenities of food, clothing and shelter.

It is very moving to read her write, “Part of being secular must include an acceptance that any socioeconomic advantage you were born into was just random luck in the chaos. I would hope this would inspire a sense of moral duty to give to the less fortunate.”

What impresses the reader throughout the book is the down to earth nature of the author. Sasha Sagan does not pontificate from the position of a star kid, dictating shibboleths.

She chooses a much more friendly way of getting her point of view across by making the reader feel that life is one journey we undertake together with other members of our species and other species and our destinations are inextricably intertwined.

Some parts of the book bring out the pangs of separation from her father, especially the bit where she writes about going to her father’s grave and crying on the day of her marriage. If, as Carl Sagan stated, a book is proof that humans can work magic, Sasha Sagan has indulged in the ritual of writing in For Small Creatures Such As We and spun magic.