Birds and bees of a tiger park 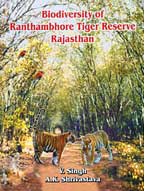 Ranthambhore National Park is an ecologist's delight. The park was in the news recently when two young tigers were relocated from it to the tiger-bare Sariska Tiger Reserve. Besides the tiger, Ranthambhore also harbours other threatened animals like panthers, marsh crocodiles, hyenas, wolves, caracals, jungle cats, sloth bears, sambars and avian fauna. It is also rich in plant diversity. In fact, scientists regard Ranthambhore as a gene-pool for posterity and an ecological island of the Indo-Malayan variety.

Once a game reserve for the maharajas of Rajasthan, Ranthambhore was among the first nine tiger reserves of India created in 1973 at the onset of Project Tiger. The national park was created within the reserve in 1980.


It is a pity, however, that there is no inventory of the species in this biodiversity hotspot. Lack of data has often prevented park authorities from formulating scientific strategies for tiger conservation and protecting other species in the park.

This volume fills the gap. Its authors, V Singh and A K Shrivastava, deal with 539 species of plants and 361 animal species found in the reserve. Biodiversity of Ranthambhore Tiger Reserve, Rajasthan has detailed information on the topography, geology, climatic conditions, soil and water of the reserve.

All this is important to determine the composition of floral and faunal diversity and also study the behavioural pattern of its inhabitants. It also contains an exhaustive literature review.

The authors have a wealth of experience that has made this study rich. Singh has served the Botanical Survey of India in Jodhpur for 32 years in varying capacities. He is a noted taxonomist with many publications. The other author, Shrivastava, is a young field scientist involved in herbal formulation with the Ahmedabad-based ngo sristi.

The major contribution of Singh's and Shrivastava's study is that, for the first time, detailed taxonomic information of floral and faunal (vertebrates) diversity has been documented. This has filled a vital gap in the ecological information on the reserve. Factors posing a threat to biodiversity have been discussed and threatened species have been identified and classified according to the International Union for Conservation of Nature's criteria. The authors have also assessed the interdependency of the flora and fauna and have supplemented the book with figures, photographs, tables, charts, maps. For easy determination, authors have provided keys from family to species level. The faunal wealth of the reserve has been documented with help from the Zoological Survey of India, Jodhpur, published literature and forest authorities and officials of the reserve. 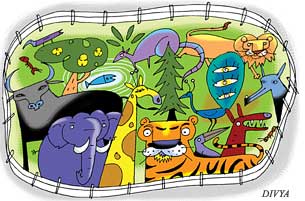 Factors threatening major species have also been identified and discussed. The nomenclature has been updated along with important synonyms relevant to the flora of India and Rajasthan.

Local as well as botanical names provided in the book make it useful for a grassroots-level worker, a wildlife manager as well as an expert ecologist or a biologist.

The book is highly recommended for policy makers, environmentalists, wildlife managers, botanists and researchers. It should also appeal to naturalists, ecotourists and lay readers.

The only shortcoming of the book it is its price. At Rs 2,750 it is on the higher side. Moreover it's bulky and therefore difficult to carry in the field.

Anil Kumar Chhangani is at the Department of Zoology, JNV University, Jodhpur