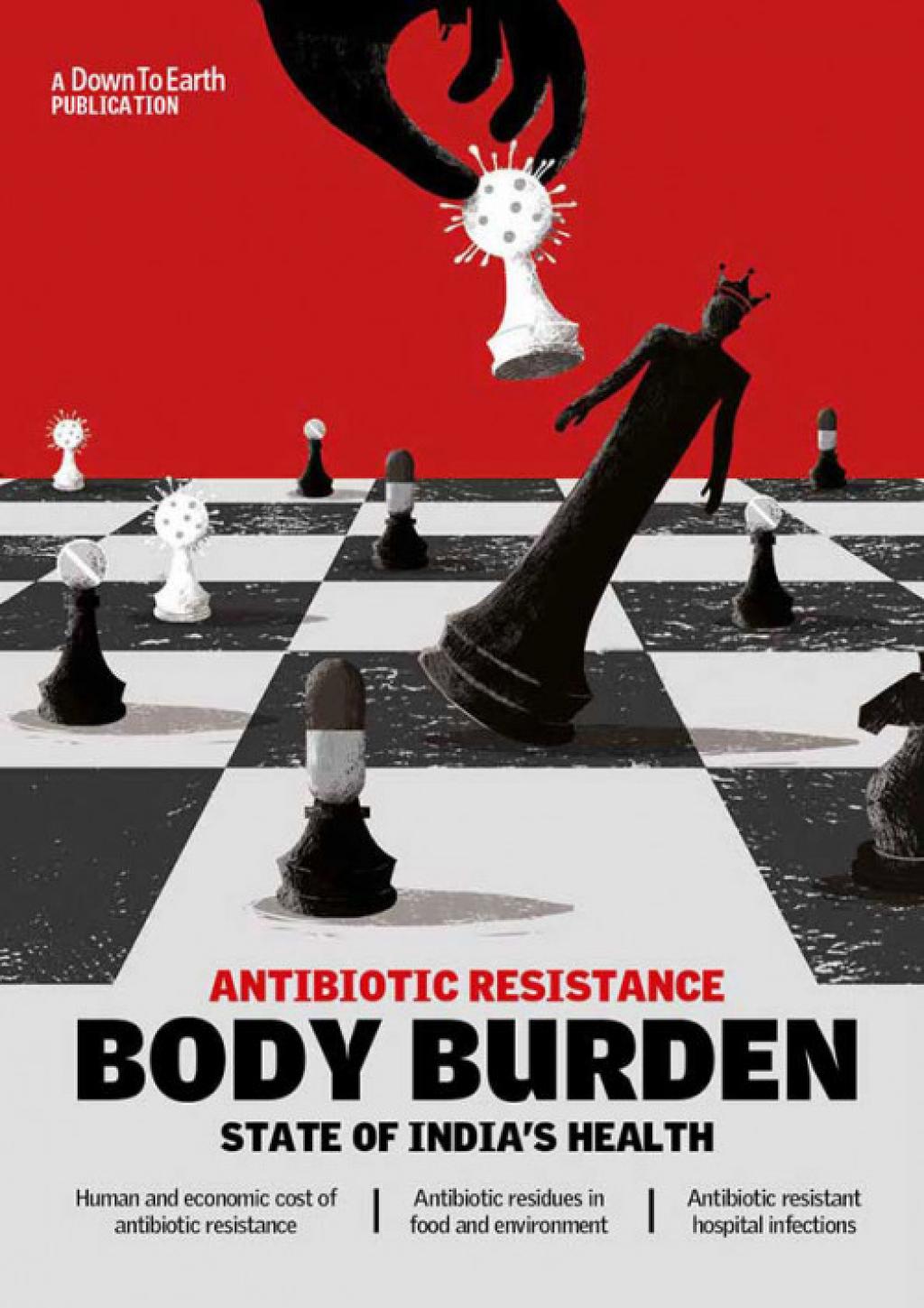 This is the third edition in our Body Burden - State of India's Health series. The first two were on Lifestyle Diseases and Communicable Diseases.

It is a resistance that can undo historical gains made in modern medicine to control diseases. Microbes have become resistant to antibiotics, and Big Pharma has stopped funding research to find new antibiotics.

The magic bullets – that antibiotics were commonly called – have stopped performing miracles. It is estimated that by 2050, 10 million people will die due to antibiotic resistance, most of them from developing countries. India is the top consumer of antibiotics in the world. It is also known for indiscriminate use which leads to resistance.

Other than being used to treat diseases in human beings, antibiotics are also used as growth promoters in animals and in crops. Due to rampant use, it is present everywhere in our environment – water, hospitals, houses and even in the food that we eat. Body Burden: Antibiotic Resistance unravels a public health crisis in India that is going to soon become a nightmare.