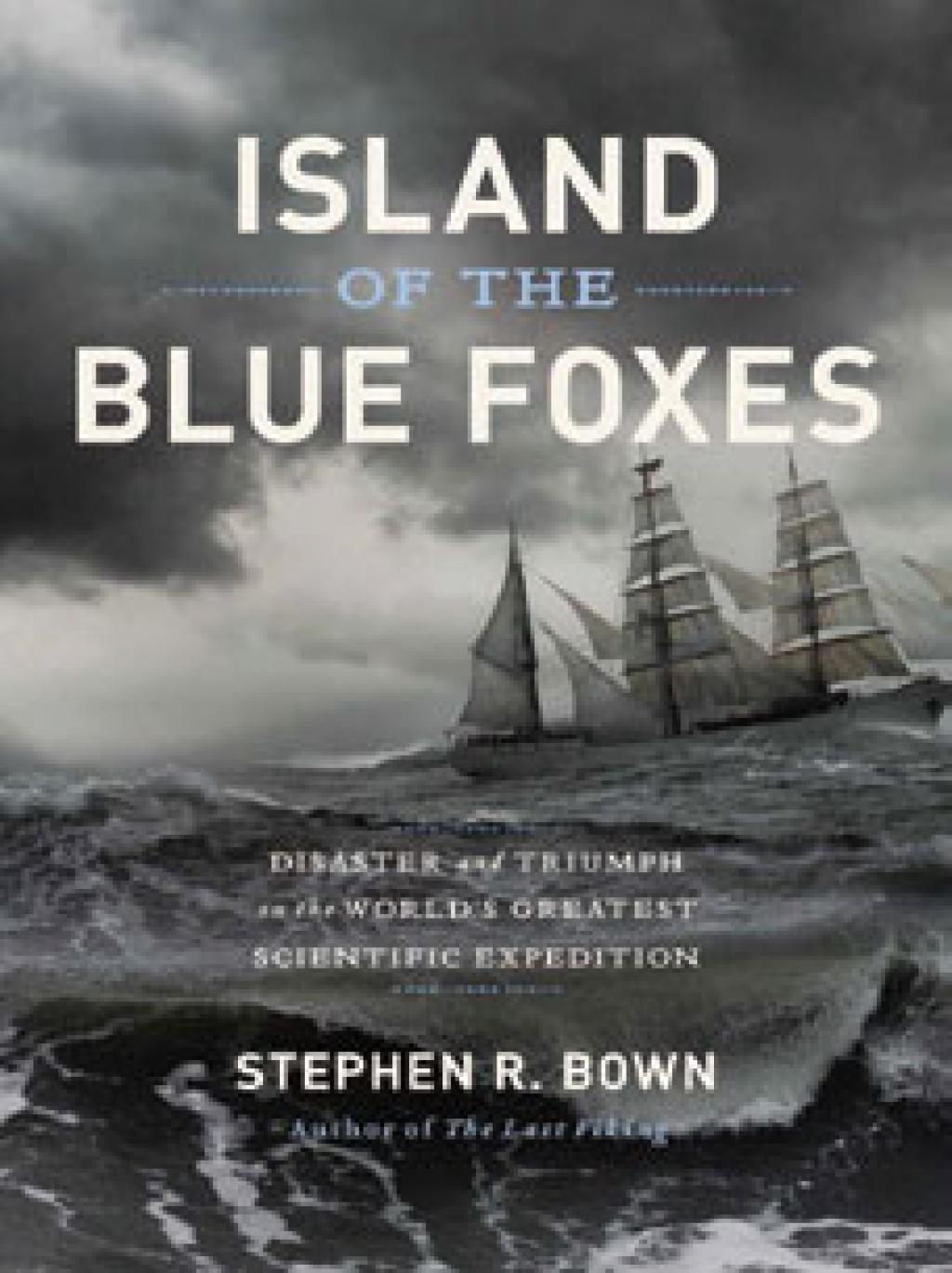 Russia joined the coloniser's club in 1741 when its Great Northern Expedition discovered Alaska. It remains the most grisly exploration in maritime history 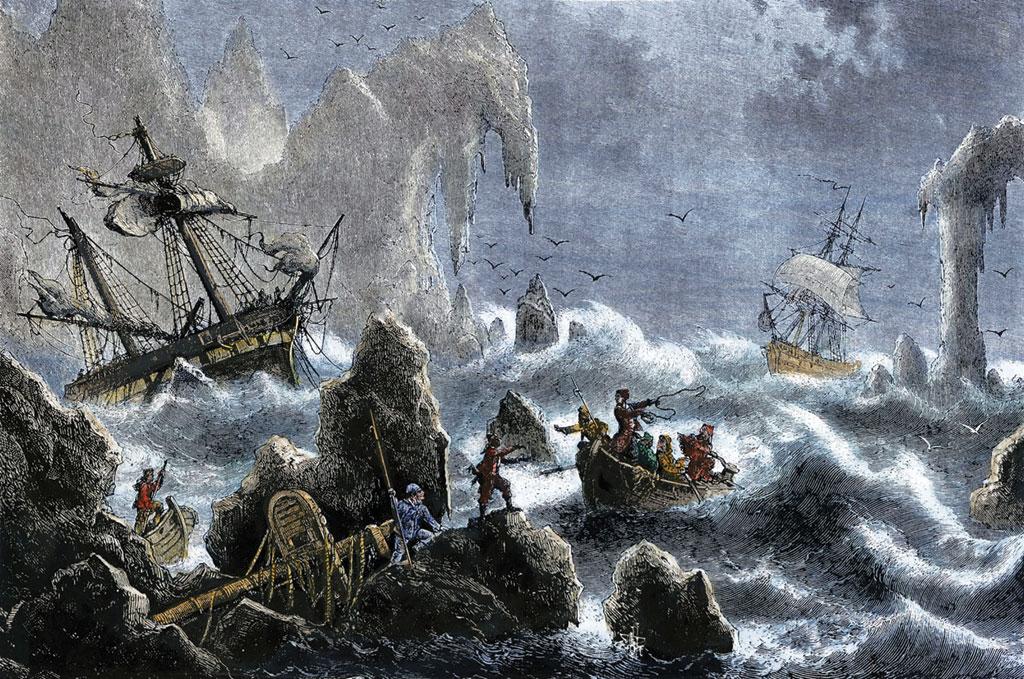 IN POPULAR imagination, colonialism is usually visualised and associated with the five western European seafaring nations—Britain, the Netherlands, France, Spain and Portugal. The others, Sweden, Norway and Denmark are footnotes in colonial history. Italy, Germany and the US too were colonisers, but they entered the game very late.

One country which is often overlooked in this regard is Russia, the world’s largest country by land area, stretching from the Baltic Sea to the Pacific Ocean. While reading Russian children’s books as a child, I used to often wonder: why is Russia so big? Then too, if it is one country, why are there so many ethnicities—from the Karelians near the Finnish border to the Chukchis near Alaska.

Island of the Blue Foxes answers some of these questions. Written by Stephen R Bown, the book is a riveting account of two expeditions undertaken by Vitus Jonassen Bering, a Dane employed by the Russian Empire, which was then ruled by Tsar Peter. Peter’s reign was revolutionary for he changed a “barbaric backwater” Russia to a society on par with its western neighbours. During his dying days, Peter had become obsessed with another project—he wanted Russia to take a dive into colonial exploration. He also had a region in mind where this could be done—the Russian Far East.

In Peter’s time, Russia extended from the city he founded on the Baltic, St Peters-burg to Okhotsk on the Pacific. Russian explorers had also discovered a land further east, the Kamchatka Peninsula. But nobody knew what lay beyond. Did Asia carry on? Did it join with America? Peter saw an opportunity here—of displaying his country’s new-found scientific prowess to its western neighbours. He was wary that sooner or later, the Dutch, Spanish or English would discover the North Pacific and claim the area as their own. This was something he wanted to prevent, and drew the roadmaps for two Kamchatka Expeditions. Peter selected the best man available—Dane Bering, who had had a long career in various European navies, including in the Imperial Russian Navy.

The First Kamchatka Expedition began in 1725, a few months after Peter died at the age of 52. His widow, Catherine, was crowned Empress. The goals were a logistical nightmare. Bering and his huge party of soldiers, sailors, scientists and labourers had to trudge with scientific equipments and supplies from St Petersburg to Okhotsk. There was no Trans-Siberian Railway at that time. No roads. Only miles and miles of snowy taiga. They used Siberia’s well-established river portage system. At towns along the way—Tobolsk, Irkutsk and Yakutsk—there were sparse populations. The residents, a mix of ethnic Russians, indigenous people and political exiles were not used to obeying imperial authority. Bering had to force them to give him supplies.

After reaching Okhotsk, Bering and his contingent had to make ships to cross over to Kamchatka. From there, they set out into unexplored waters. Bering and his men were able to gather evidence that Asia and America were separated by water. Bering saw his expedition as a success and went back to St Petersburg, reaching in 1730, where he was rewarded, promoted and given charge of the Second Kamchatka Expedition or the Great Northern Expedition, the focus of the book.

This expedition began in 1733 and ended a decade later. Bering and his party of 3,000 people trudged the same route again till they reached Okhotsk. There, they built two ships, St Peter and St Paul on which, the core party of approximately 300 men set out to explore North America. Bering sent parties of sailors to achieve the objectives. They surveyed the Arctic Coast of Russia, the basins of the three Siberian rivers—the Ob, the Irtysh and the Lena. They also discovered the Kuril islands and became the first Russians to land in Japan. However, the St Peter and St Paul met with tragedy. Mid-way in the Bering Sea, they lost track of each other. From then on, each ship was on its own.

They became the first Europeans to land on Alaskan soil in 1741 and discovered many island chains on the way. Having lost its two boats, St Paul turned back and made its way to Kamchatka. The St Peter, commandeered by Bering, met with a worse fate. Hopelessly lost in violent seas and hostile weather, the crew soon began to die of scurvy. They were then shipwrecked on an uninhabited, treeless, snow-covered island, where they were attacked by packs of blue foxes, a subspecies of the Arctic fox. Bering and 28 out of the 77 men died on the island due to hunger, cold and scurvy. The rest recuperated and built a new vessel out of their old wreck and made it back.

Various characters come alive in the book. There is the despotic Peter the Great bent upon moulding his country into a new avatar. There is Bering—not averse to taking risks. And there is Georg Wilhelm Steller, the German-born naturalist-cum-physician. Most insights of the journey are from his field notes. Once the St Peter wrecked on the island (now called Bering Island), Steller did a U-turn. He became a leader in his own right. He found herbs and weeds on the island which cured the survivors’ scurvy. He administered spiritual advice as well, rendering his services as a pastor. And most importantly, he documented the flora and fauna on the island (6 species of mammals and birds are named after him).

But the ultimate character in the story is Russia itself and its dark colonial past. Alaska, the “Last Frontier”, became a Russian colony till it was sold to the US in 1867 for US $7.2 million. Russian rule had decimated Alaskan native people, something Russia had similarly achieved throughout its territories east of the Urals. All this would have greatly saddened Steller, who stood for equality of the natives. Ironically, the suffering that Bering and his men endured during the expedition ultimately skinned and decimated the life of humans and animals in the region.