Book review of "Intelligent thought: Science versus the intelligent design"

This is a comprehensive assault on the claims of intelligent design to be an alternative to evolution and natural selection as an explanatory paradigm for the genesis of life on this planet. For the uninitiated, a small note to begin with: intelligent design is claimed as a 'theory'--untested, indeed untestable--that seeks to explain the genesis of life on earth in terms of biblical creationism.

Once the reader gets to the end of the 16 essays put together here, it should be difficult to even think of creationism/intelligent design as being in any way a paradigm that challenges the framework of evolution and natural selection as a scientific alternative. But 'should' is the operative word.

Before going further into the merits of the book and the broad case it makes, I would like to explore this 'should' factor. It seems unlikely to me that the evolutionary onslaught against faith--that is creationism/intelligent design--will go places, largely because of the stridency of the campaign. At least, it doesn't seem to have as yet. Indeed, if a welter of reports coming in not just from the us --where the trenches have been most deeply laid and the barricades erected--but also from Europe, are to be believed, an increasing number of science undergrads are leaning towards intelligent design and its, needless to say, ridiculous scientific claims. In a sense, this book is part of a campaign that has been preaching to the converted. 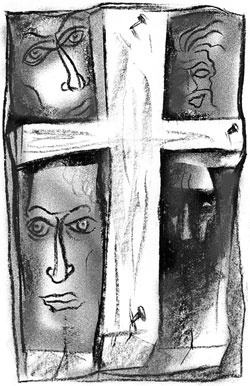 Why is this so? I think one answer will provide context to this marvellous--whatever the caveats--volume. The attack against teaching intelligent design in school curricula has to be part of a wider attack against religion itself--and all that's central to it: received wisdom, faith, superstition and, generally speaking, its not being amenable to progress and reason. This bigger rationalist campaign for atheism against religion exists, as embodied in the works of the evolutionary zoologist Richard Dawkins and the philosopher Daniel Dennett (both contributors to this volume). The problem is that the larger campaign bases itself on narrow antinomies: reason/faith; evolutionism/creationism. It has not incorporated a more embracing understanding and critique of religion as a social phenomenon and, therefore, largely ignored the factors that have made religion probably the most potent ideological/cultural force in the history of humankind. If the movement against intelligent design/ creationism and evolution/science/ atheism is to leave a larger imprint on history it must do so.


That said, it can hardly be gainsaid that this movement against obscurantism is of seminal importance: though its focus is the us, where the war against the elevation of intelligent design to scientific respectability is being fought, its resonances sound throughout the globe--including this neck of the woods, where strange entities entitled Vedic mathematics/science are sought to be legitimized in school and university curricula. No one who has followed the course of the evolution-intelligent design debates and its homologues will have failed to notice how embroiled it is in political agenda. In context, the right in us politics pushes intelligent design, veiled by the thin garb of choice, to build electoral constituencies. The trap the movement against intelligent design must refrain from falling into is playing into the hands of this kind of political brinkmanship, as Leonard Susskind, a contributor to the volume, cautions.

The context having been laid, a few points on the volume are in order. There is a problem of organization. The editor may have been better advised to partition the volume into sections: the mostly polemical essays separated from the two or three dealing largely with political or epistemological issues and the ones more focussed on the science bit. The pieces by Jerry A Coyne, Dennett and Dawkins could have set the scene, with Susskind, Lisa Randall, Scott Sampson and Steven Pinker's more nuanced backgrounding to follow.

That would truly have set the volume up for the high points of the collection: Tim White's fascinating voyage of palaeontological discovery in Ethiopia; Seth Lloyds's lateral exegesis into cosmology; Lee Smolin's comparable piece; and Neil Shubhin's piece on aquatic-to-land transition together constituting, to a non-specialist reader, the pieces de resistance.

In the end, however, this will remain a standout volume--especially given the abysmal levels of science literacy among the general public throughout the world. Reading it would change some forever; others would not be able to walk away from the issues it raises without a backward look.