If you believe that progress of human civilisation depends on individual expression of new ideas, especially unpopular ideas, then the principle of freedom of speech is the most important value society can uphold.

The Internet is usually regarded as the harbinger of free speech. It not only provides universal access to free speech, it also promotes the basic concept of freedom of speech.

Now a group of philosophers and legal scholars begs to differ. In The Offensive Internet, they make a case for regulating content. With essays by authors who are otherwise free speech advocates, the book interrogates if too much freedom is damaging. It is filled with examples of internet bullying. 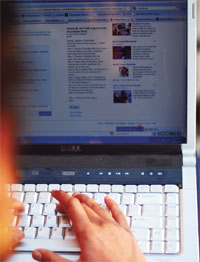 The authors seem to agree on a central problem: the net is simultaneously social enough to cause harm, and asocial enough to tempt people into harming one another. The lawyer Keats Citron, for example, identifies four ways in which the net aggravates cyber mob behaviour. Groups with homogeneous views tend to become more extreme when they deliberate; group members often lack a sense of personal responsibility for their acts; groups are more destructive when they dehumanise their victims and cyber mobs see victims as digital images who can be eviscerated without regret. The concerns in these essays are very real.

But one worries that many of the essays are so focused on alleviating harms that they miss the important question of how tyrannical, and even some democratic, regimes across the world are censoring the Net. I am also concerned the aim is to draw regulation of the Internet into the “justice” system. This is crucial because we have a major disconnect between the norms of the offline world and the emerging norms of the Net. Simply transposing the standards of the pre-Web world would not work. The Net still works on the principles of sharing and it is those principles we must turn to regulate hateful content.

Devpriya Mitra Jones is a lawyer based in Chicago