Book>> The quest, energy security, and the remaking of the modern world • by Daniel Yergin • Penguin • US $16

Daniel Yergin is among the staunchest critics of the peak oil theory. In 1992 he won a Pulitzer for a book that described the resilience of the oil industry. In a recent article he argued that in 2007-2009, “for every barrel of oil produced in the world, 1.6 barrels of new reserves were added”. He returns to his favourite whipping horse in The Quest, Energy Security and the Remaking of the Modern World.

The book’s range is impressive, covering everything from the rise of China to the decline of the US car industry to power blackouts in California to violence in Iraq, Nigeria and other poor countries where oil’s curse has struck. The book is important because this long-advocate of the oil industry—he has been a consultant to various oil majors—gives reasons to move beyond oil. He worries about global warming. But not all his worries pertain to ecological matters. Among Yergin’s fears is Iran possessing an atomic bomb and upsetting the balance of power in the West Asia. He foresees a cyber Pearl Harbour and writes that the West’s lack of direct “communication with Tehran, could increase the likelihood of an accidental nuclear confrontation”. 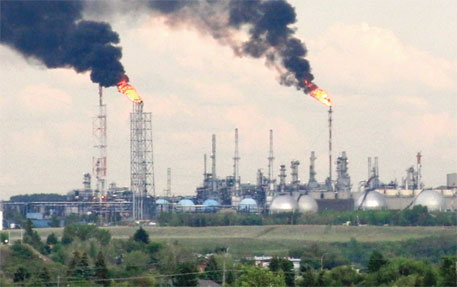 Yergin’s book comes at a time when oil majors are venturing into alternative energy sources. For example, in 2009 ExxonMobil and bioenergy firm Synthetic Genomics, Inc teamed up to research and develop algae-derived biofuels that can substitute for petroleum products in the US transportation infrastructure.

Yergin believes that the world is energy resilient.

Not one to advocate a less-energy-intensive world, He finds hope in recent breakthroughs in alternative sources of energy, chiefly solar and wind.

It is true that in the current form neither is remotely able to stand against coal. Yet a rising wave of innovation—what Yergin calls an unprecedented “great bubbling in the broth of energy innovation”—suggests that one day they might compete against coal.

Rishabh Mahatre is a journalist in New York