Book>> Triumph of the city: How our greatest invention makes us richer, smarter, greener, healthier, and happier • by Edward Glaeser • Penguin • Rs 1,000

In 2009, the world’s urban population outstripped rural population for the first time. This demographic landmark has drawn mixed reactions from thinkers, policy makers and activists.

Some believe more people living in cities means new environmental challenges, while others fear lesser hands for agriculture will put more pressure on the alreadystressed food producing economies. But there are also those who believe a global urban efflorescence augurs well for humankind. Edward Glaeser is among those who believe cities bring out the best in humankind.

The title of the Harvard economist’s new book is a dead give away: Triumph of the City; How Our Greatest Invention Makes Us Richer, Smarter, Greener, Healthier, and Happier. Even the worst cities—Kinshasa, Kolkata, Lagos—spur innovation, encourage entrepreneurship, and allow for social mobility.

Glaeser is not bothered by stressed sanitation systems, unsafe houses or congestion. But the Harvard economist does not have a bone to pick with rural life. His criticism is largely directed towards suburban centres. 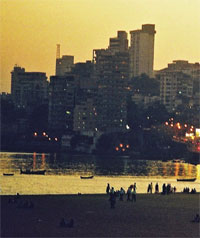 Glaeser is scathing in denouncing US conservationists for their devotion to “leafy suburbs”, which he sees as being at odds with true environmentalism. What will happen, he asks, if China and India emulate us? Public policies that feed suburban living also get a hard rap from the economist.

He is against subsidising suburban houses and chastises city planners in Paris and Mumbai for being tough on highrises. He believes urban apartments foster face-to-face interaction, encourage cooperation and spur innovation. The similar histories of Bengaluru and Silicon Valley, to him, prove that education is the key to urban success.

Glaeser’s love for cities is refreshing, particularly at a time when it is politically correct to heckle urban bustle. But some of his ideas are problematic. The increasing density of some cities like Delhi has been accompanied by an explosion of suburban sprawl. Gurgaon, Noida and Faridabad are not the leafy suburbs. In fact, they have problems similar to metros.

The Harvard economist knows Los Angeles, Chicago, Boston and New York. But his policy prescriptions for the Third World seem misdirected. Suburbs here are an extension of the urban sprawl and not salubrious outposts like those in the US or the West.

Shefali Kukreti is a civil servant. The views expressed in this piece are her’s alone