Michael Specter, a former New York Times science correspondent and New Yorker staff writer, wants to defend science from its philistine criticswho, in his view, reflexively deny the validity of the scientific process. He contrasts the rigorous and open-minded scepticism of science with the inflexible certainty of ideological commitment. The term denialism used by Specter is an all-purpose, pop-sci buzzword: what happens when an entire segment of society, often struggling with the trauma of change, turns away from reality in favour of a more comfortable lie. This amounts to a war against progress, says Specter.

The author evidently believes in a pure science untrammelled by personal or institutional convictions.But science does not exist in such a state, nor is progress an ideologically pure word. Like the arts, science depends on patrons; their interests shape its contours. Public funding for universities and research is not enough. Into that void have stepped corporations, more inclined to finance proprietary knowledge than the sort of pure science Specter so values. 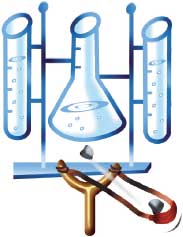 This does not automatically invalidate the scientific enterprise. But Specter ignores the political economy of science as it is practised. The oversight severely limits the books value.

Specter has a chapter defending the pharmaceutical industry. There is also a chapter decrying those who question the need for vaccinations. We get a chapter lambasting what Specter calls the organic fetish. He believes the organic fetish might hold good for Europe but in Africa, where arable land is scarce, science offers the only hope of providing a solution to the growing problem of hunger. Specters belief in science sans ideological moorings turns him into a supporter of GM crops.

This reviewer is also curious why a book devoted to denialism, has almost no discussion on the most powerful and successful of all the denier cliques: climate change deniers.

Climate change deniers are a sophisticated lot. They do not doubt climate is changing. They deny man is the primary cause of global warming.

P Raturi is a science writer