In the shadow of a dam 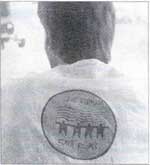 ROWS and rows of men and women are shown marching ahead to fight for their rights, the right to have a say in their future. These people are the centre point of Ali Kazimi's film Narmada: A valley rises (87 mins). He documents the sequence of events that led to the confrontation between the Narmada Bachao Andolan (NBA) and the pro-dam lobby of Gujarat. The hunger strike by the NBA activists is the focus of the film, giving Ali Kazimi, who had been camping with the NBA activists before and after the face-to-face, the opportunity to carve out a very emotional picture. The NBA people have found a friend in him.

It was this direct association with the activists which enabled him to capture moments of what can only be called, in the absence of a more emotive term, state repression -- he managed to film the forceful lathi-packing the activists into trucks and then dropping them off miles away from the camp.

Good camera positions and editing give it a completeness most documentaries try very hard not to have. Unfortunately, after such a time gap between the events and the screening of the film, it just serves the purpose of documenting the happenings and as archival material.