A scrapbook of wonder 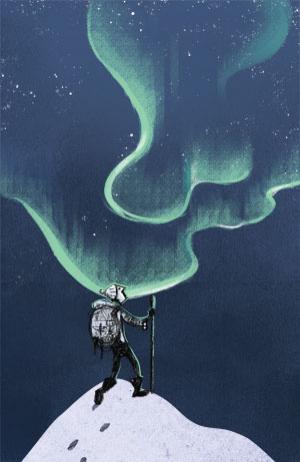 The sense of wonder has hoary origins. From the ancient cave art in Lascaux and Chauvet in France to the recent discovery of equally ancient paintings in limestone caves on the island of Sulawesi in Indonesia, our forebears have tried to express their fears as well as their enchantment with the world. Indeed, a new interpretation of a 5,000-year-old rock art in Kashmir suggests the stars in the painting could be earliest depiction of a supernova. Later, as cultures evolved, they expressed the same sense of wonder through their respective arts and sciences. The Roman Pliny’s Natural History, Book of Wonders and the charmingly named The Ultimate Ambition in the Arts of Erudition, both Arabic texts from the 14th century, and On the Variety of Things by the 16th century mathematician Girolamo Cardano are some of the illustrious examples. But many have lamented the gradual loss of this sense of wonder to the inexorable rationalisation of the world, thanks especially to the rise of the scientific worldview. Keats, in his Lamia criticised Newton for taking away the beauty and wonder of nature by “unweaving the rainbow”.

Is it possible to re-enchant the world? Many believe that, ironically, a creative conversation between science, arts and the humanities can possibly revive the old sense of wonder, nay make it even richer. The popularity of science documentaries like Carl Sagan’s Cosmos, J Bronowski’s Ascent of Man, and David Attenbo-rough’s many fascinating films on the fragility as well as hardiness of nature have no doubt inspired people to appreciate the wonders of the universe through the refreshingly new eyes of science.

Journalist Caspar Henderson’s A New Map of Wonders is a paean to this new bestiary of wonders. An appetising salmagundi of images, text and ideas, the book is less a conventional popular science book than a scrapbook of wonders presented with a ra-conteur’s élan—lucid and light, with occasional flashes of wit. This book, as he writes, “looks into philosophy, history, art, religion, science and technology in search of a better appreciation of both the things we wonder at and at the nature of wonder itself”.

Thinkers and poets have defined wonder in various ways, but Henderson is partial to philosopher Martyn Evans take on it: “An attitude of altered, compellingly intensified attention towards something that we immediately acknowledge as somehow important–something whose appearance engages our imagination before our understanding but which we will probably want to understand more fully with time.”

Taking the familiar seven-wonders model, Henderson has divided the book into seven sections, each of which is arranged and linked through what he calls the principle of emergence—“the process whereby novel properties and behaviours arise from the combination of simpler parts”.

All the sections are embellished with fascinating tales, often counterintuitive, and historical curios about the many wonders of the origins of life, the heart, the brain, the making of self, how various cultures including science have mapped the world, and finally our ambiguous relationship with revolutionary new technologies like synthetic biology and Big Data.

More than anything, Henderson succeeds in broadening the horizons of our sense of wonder as he challenges us to think a little deeper and tangentially about things we either take for granted or about which we have set modes of thinking. Consider, for instance, the fact that we can only perceive a limited part of the light spectrum, for we are blind to ultraviolet and infrared waves. To make sense of this, he invokes American philosopher Mazviita Chirimuuta, who believes that “colours are not properties of minds, objects or lights… but ways that stimuli appear to certain kinds of individuals or even cultures. Instead of treating colour words as adjectives, we should treat them as adverbs. I eat hurriedly, walk gracelessly, and on a fine day I see the sky bluely!”

If, at times, Henderson’s attempt to evoke wonder through a scientific argument does excite a yawn, he quickly makes it up by pepping things up by interesting digressions into history or philosophy or art. In fact, to keep the reader tempted, he has hung thought-provoking quotes on the margins of almost every page. Take the section on the origins of life: “Some research suggests that up to half the water on Earth is older than the solar system. Half the molecules in every raindrop may be older than the Sun.”

Some readers would find his random reflections on the making of the most captivating. Chew on this lovely morsel from the French philosopher Luce Irigaray: Wonder is “indispensable not only to life but also … to the creation of an ethics, notably of and through sexual difference. This other, male or female, should surprise us again and again, appear to us as new, very different from what we knew or what we thought he or she should be”.

His ruminations about how we map the world and how, in turn, those maps map us probably sum up his overall aesthetics and philosophy. To quote him, “In what is some-times known as the Copernican Turn we discovered the Earth to be a small planet orbiting an average star on the periphery of one among countless galaxies, and in doing so downgraded our importance in the scheme of things. The Copernican Return, as I’ll call it, is the moment when, without rejecting this insight… we now also appreciate that it is extraordinarily unusual, and precious, and that all our searches have not yet found anything remotely approaching it in beauty and wonder.” And yet, we seem intent on disfiguring it, eventually at our own peril.

In the episode on deserts in BBC’s Planet Earth II, David Attenborough acquaints us with a beetle in the Namib Desert that trudges up one of the tallest dunes in the world to soak up premium moisture from the early morning sea breeze only to be gobbled up by a hungry chameleon waiting for it at the bottom. If the chameleon represents the modern civilisation that alienates us from nature as well as from ourselves, then we are the beetles who should keep making the long trek to re-enchant our-selves with our world. Henderson’s labour of love would be a most welcome hand-maiden on this journey.

(This review was first published in the 1-15th February issue of Down To Earth under the headline 'Inexorable wonders').