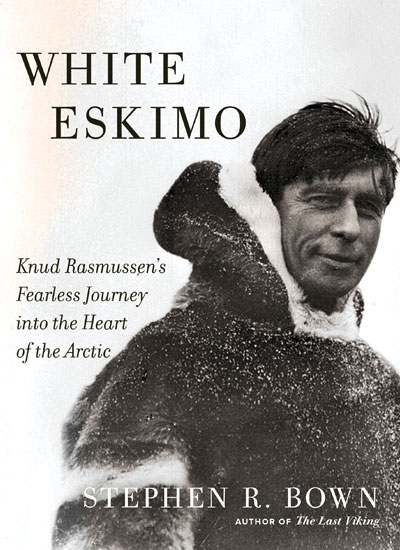 Stephen R Bown retells the expeditions of a fearless explorer Knud Rasmussen, which provide us a benchmark to measure changes in Inuit culture. Exclusive excerpts 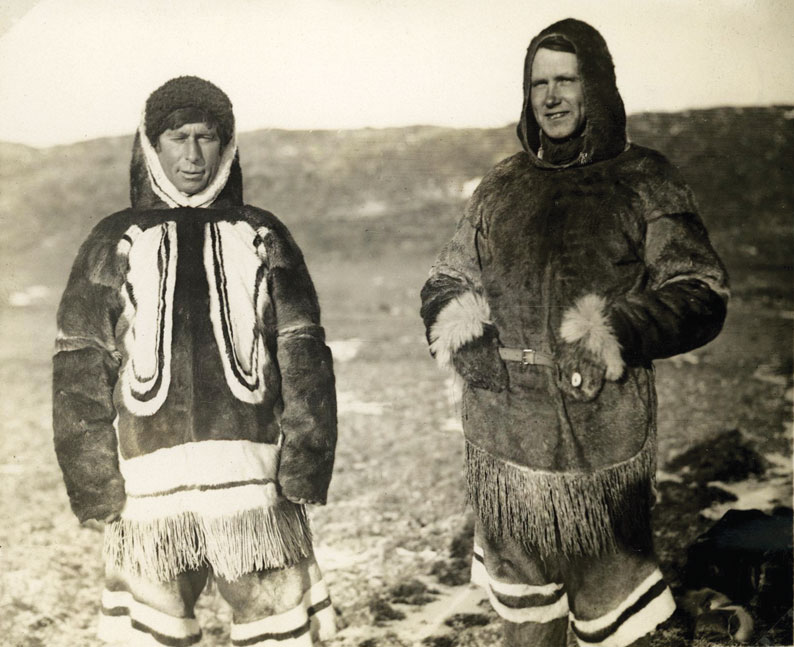 The Eskimo are an exploring people,” Rasmussen observed, “always longing for a change and a surprise. A people who like moving about in search of fresh hunting grounds, fresh possibilities, and ‘hidden things.’ They are born with the explorer’s inclination and thirst for knowledge, and they possess all those qualities which go to make an explorer in these latitudes.” Rasmussen may also have been referring to himself and his almost painful longing for something intangible—the wind spirits or the bird’s land—a never-satisfied ache to be roaming, searching for distant images in his mind.

Angakoqs were believed to have supernatural powers. These varied slightly from region to region, but they all had the same basic function and purpose in society. They understood and navigated the spirit world by entering into trances to do battle with evil spirits or the ill intentions of other angakoqs to steal souls. They could visit the spirit world and return with wisdom or advice. One of the primary jobs of an angakoq in traditional Inuit society was to cure sickness; this was done by curing not the body but the soul, by battling with the evil spirits that were causing the sickness—the Inuit believed sickness was a manifestation of some crime or sin or the influence of a malevolent spirit.

The traditional culture of the Greenlanders was certainly governed by a different morality than the one that governed early twentieth-century Europe and America. Among the Inuit, theft, lying and deceit were considered to be serious crimes, for example, but murder was not necessarily so; sometimes it was even required as punish-ment. In the absence of a central authority, those who committed a crime against the group, such as stealing meat or killing another with whom they disagreed, had to be punished by selected members of the group. Because there were no jails, serious crimes were punished by the offender being killed during a hunting “accident” or in some other unofficial manner. Sometimes the treatment of the less fortunate was appalling, by modern standards; orphans or the elderly might be abandoned, or pushed off the ice into freezing water, or denied food. But Rasmussen had seen and experienced enough of what life in Greenland could be like—the brutal, meaningless starvation, unpredictable death by accident, drowning and freezing—that he could understand how and why these practices developed and how they helped smooth the working of Inuit society under certain conditions. The society had no surplus, no ability to support the very young or elderly, who were incapable of contributing or of surviving arduous travel.

As the Greenlanders walked the gangplank off the ship in Seattle, crowds pressed in, snapping photographs, and a throng of journa-lists asked dozens of questions. Robert Flaherty’s documentary film Nanook of the North, detailing a Hudson Bay Inuit family’s struggle for survival in Arctic conditions, had been a massive hit two years earlier, and Rasmussen and his companions were celebrated as a real-life example of Arctic life and travel. Their story fed into the public appetite for knowledge of this remote and harsh region. “I have positive proof of the origin of the Eskimo race,” Rasmussen enigmatically declared to the press, “but regret that I cannot make public my discoveries at present.” But he did declare that all the tribes of people he had met, from Greenland to Russia, spoke a variation of a common language.

According to a theory then proposed by the Scottish professor Boyd Dawkins, the Inuit and the European Cro-Magnons were the same “race.” Rasmussen discounted the theory but nevertheless suggested that they were “spiritually like-minded.” He was intimately familiar with Inuit stone tools and compared them to the tools discovered in France and Spain; to his mind at least, they appeared fundamentally the same. His mind was always working along unusual, if not entirely scientific, lines of thought, and he was willing to debate his ideas and explore them further. Despite the inaccuracy of some of his theories, Rasmussen essentially proved that the Inuit were the most dispersed people in history, having a similar language, material and intellectual culture and similar artistic sentiments throughout their broad northern territory.

The Fifth Thule Expedition collected 15,000 to 20,000 ethnological and archaeological treasures that were donated to the Danish National Museum, including items that covered the entire spectrum of Inuit material culture: clothing, tools, amulets, even kayaks and sledges. The collection was a colossal donation that made Copenhagen an international center for polar and Inuit cultural research. It included comprehensive collections from the Igloolik, Caribou, Netsilik and Copper Inuit, in addition to comprehensive collections from Mackenzie Delta and northern Alaska. Also included were extensive archaeological collections of artifacts from sites throughout Greenland, Canada and Alaska, as well as geological, botanical and zoological collections. The expedition also contributed to polar knowledge by mapping vast areas of coastline previously only vaguely charted.

Rasmussen’s view of the Inuit was so different from that of other people at the time because he had a window into their rich inner world. He was not put off by the shabby, often rough external image. When he was inhabiting this inner world, a bubble of awe enveloped him and he saw the Inuit in a heroic mold. The reality perceived by many other observers was quite different: a barren landscape, scraps of tattered hides, old chopped and chewed-up bones lying around, dirty cold stones to sit on, huts made from snow, mangy dogs, greasy old furs as garments and people who reeked of rancid whale oil. To newly arrived outsiders, the impression was less than heroic, but these were facts of life in the Arctic. And conditions were likely similar for Bronze Age Greeks, crammed aboard tiny ships in less than sanitary conditions. Odysseus’s epic adventures would not have seemed heroic to a casual observer, either, with the men grimy, scabrous from the salt water, and emaciated from lack of food. Much is in the perception. Rasmussen understood that beneath the veneer of daily life lies the hidden world shared by the participants.

Rasmussen’s work is the foundation upon which further knowledge of Inuit culture has been built—even though some of his theories have been rejected and his concept of the interrelatedness of the different branches of the Inuit language has been revised. But it is important to recall that Rasmussen did his work in an era when merely getting to the locations to do the fieldwork was an epic struggle, in a time without accurate maps, reliable transportation or communication technology. He is the giant upon whose shoulders other scholars of the Inuit have stood to gain their vista.

Rasmussen’s contributions to Arctic ethnography and literature are unique in that his subjects were not merely sources of data, but his friends. His goal was not merely the collection and interpretation of this data to advance a scientific career: he was a wanderer and a poet, keen to immerse himself in the polar world and its peoples, to understand them and seek out something grander than data, something that hinted at the mystery of their lives and at the mystery of life in general.

To Rasmussen, the world was a magical place, not in the sense of spells and powers, but in the sense of the unexplained. His contribution to science was to collect the various oral expressions of Inuit life in order to celebrate the unique philosophy they represented; to organize and interpret the unscientific. No one else has combined such incredible geographical explorations with such literary power and philosophical depth.