Book>> I know who you are and i saw what you did; social networks and the death of privacy • Free Press • US $26

Mid-December last year, I posted a few excited messages on Facebook about a forthcoming holiday to Australia. My page saw a steady invasion of ads from travel operators, some extolling the beauties of Australia.

Social networks have empowered and connected people around the world. In the past year, they have even been credited with fostering democracies. But they have also eroded our privacy. Increasingly, I stumble across apps that expect me to automatically share my every action on Facebook and Twitter. So Lori Andrews’ I know who you are and saw what you did; social networks and the death of piracy struck an immediate chord.

Andrews argues that Internet companies are in it for the money and their customers are in the dark as to what happens to their personal information. We may be getting more choices and controls over our data, but this does not always help. “Your right to control is currently being diluted by the sheer number of things you have to do to exercise it,” Andrews writes.

Of course, my Facebook page being besieged by tour operators seems far benign compared to many of her examples. Andrews reveals the sophisticated techniques being used to track people on social networking sites and discloses how routinely colleges and employers reject applicants due to personal information searches; lawyers readily find information to use against people in divorce and child custody cases. Some mobile web devices are even being programmed to listen in on us and feed data services a steady stream of information about where we are and what we are doing. Some of her examples are unnerving: a New York litigation where a badly injured woman lost a product liability lawsuit after the judge saw her smiling photos on Facebook and decided she could not be that hurt, or the firing of a teacher in Georgia because a friend posted a photo of the two of them drinking beer on a summer vacation in Ireland. 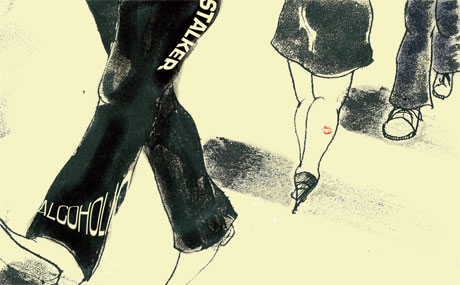 As a counter, Andrews suggests a Social Network Constitution with a Bill of Rights similar to the ones in the US Constitution. Her governing principles would protect against police searches of social networks, guard privacy and set rules for the use or collecting of user information. Andrews likens Facebook to a nation. “Every democratic nation has governing principles about what rights its citizens have over property, privacy, life and liberty,” Andrews writes.

It seems an effective simile. But Andrews stretches the point unnecessarily. At one point, she explicitly compares the complex relations between governments and citizens to those between companies and their customers. “The citizens of Facebook Nation deserve no less,” she says arguing “unlike in a democracy, Facebook is unilaterally redefining the social contract.” There might be a contract between Facebook and its users, but it is surely not the social contract of democratic theorists. And if Facebook were to have its own constitution, would courts in the real world lose jurisdiction over social networking?

Andrews does not provide a direct answer but there are pointers in her book which suggest governments should keep off the Internet. In fact, the first article of her constitution “The Right to Connect” proposes “no government shall abridge the right to connect, nor shall a government monitor exchanges over the Internet or code them as to sources or content.” Government jurisdiction over the Internet is a vexed issue and there are no easy answers as recent developments in India and the US show. Many European countries place restrictions on Holocaust denial or hate speech.

The author is a New York-based lawyer