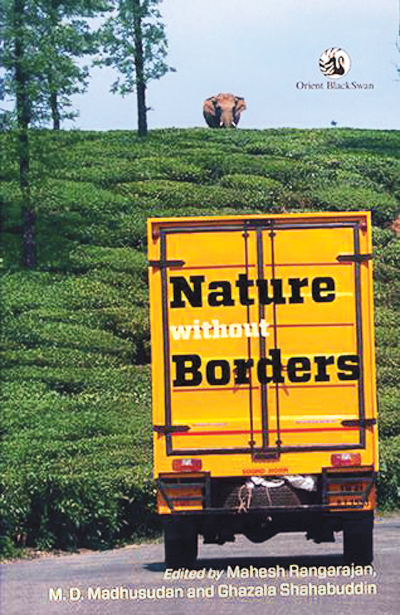 Boundaries are sometimes mere artefacts, and ecology is governed by different rules

We live in the Anthropocene. A geological epoch where humans are the most pervasive force of global ecological change and the increasing number of our species has pushed out and hemmed in wild nature into ever-smaller pockets. India, a country of 1.2 billion people and growing, perhaps epitomises the tension between human aspiration and nature’s bounds. Whether nature will survive this human takeover, is a question that many ask today. Nature without Borders provides us a glimpse of the possible answers.

From dry deserts to high mountains, spaces have been tamed in the Indian wilderness. Yet, as we draw borders that separate the wild from humans, nature redraws the lines. Protected areas are one such line. The book is a collection of essays and case studies written by eminent experts that encourage us to understand how some wildlife and ecological processes function at scales beyond protected areas.

Sometimes, human and ecological are but one—societies and livelihoods are integrally entwined with the ebb and flow of nature’s tides. Water knows no bounds, neither does the wildlife that flows with it. As Lobo and Arthur describe the impacts of commercial trawling in India’s oceans, human decisions about the use of our ocean’s piscine resources will also determine the sustainability of millions of fisherfolk’s livelihoods. Saving marine wildlife from the rapacious demands of modern markets and dinner plates is also an attempt to ease the brunt of industrial fishing on small-scale artisanal fisherfolk.

Nachiket Kelkar and Jagdish Krishnaswamy’s piece on fisherfolk and the highly endangered Gangetic river dolphins in the Vikramshila Sanctuary of Bhagalpur in the Ganga describes a similar social-ecological system. Protected areas are but nominal; dolphins and humans eventually meet at the same spots for the same resource—fish. As a result, the political and social forces that govern human use of this river system also determine the integrity of dolphin habitats. These systems exemplify that boundaries are sometimes mere human artefacts, and ecology is governed by different rules.

On land, the cycle of seasons in the arid landscapes of the Deccan plateau entwine nomadic herders’ lives with pastoral resources in grasslands, forests, and agricultural fallows. Space use is rotated between crops, sheep, wolves and blackbuck. The authors highlight the irony of wolves today being sustained by livestock. This contradiction underscores a grim reality. Species like blackbuck, the wolf’s natural prey, and other grassland specialists like chinkara and bustard are being lost due to land use choices in a changing economy. Our forest-focused conservation policy and our obsession with the pristine have led to a neglect of wildlife and ecological processes in human-dominated systems. 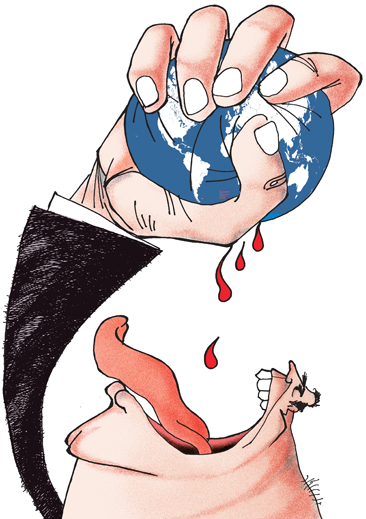 K S Gopi Sundar’s essay on the Sarus cranes in rice-wheat landscapes of the Gangetic floodplains not only underscores the inexorable human dominance, but also shows how some species can benefit from it. The charismatic two metre tall endangered crane lives in wetlands, and thrives in the artificial waterbodies of these agricultural fields. Local tolerance and traditional preservation of wetlands has supported their numbers. But, land use practices and farmers valuing wetlands will be contingent on economics of these production areas. The authors argue that doing away with conservation boundaries may increase farmers’ motivation to maintain Sarus crane habitats.

Human-ecological dependencies are less clear in landscapes such as Valparai in the Western Ghats of Tamil Nadu. Here, physical boundaries are stark—forest and plantation, roads and villages. But animals will move and wildlife from surrounding protected areas spill into this bowl of human dominance. The challenge in such places is to maintain the larger landscape so that boundaries help and not hinder the permeability of spaces for wildlife. Restoring degraded and fragmented forests and encouraging biodiversity-friendly practices in coffee and tea plantations is a critical part of this long-term effort as described by Divya Mudappa, M Ananda Kumar and T R Shankar Raman.

Wandering wildlife also come into conflict with humans causing loss of lives and property. Dealing with such conflict is a critical part of creating resilient landscapes that can sustain both human and wildlife needs. Yash Veer Bhatnagar and Charudutt Mishra highlight the importance of conflict mitigation and their simple yet effective community-based strategies for the successful conservation of Tibetan wildlife. Keeping livestock safely penned and paying timely compensation when Snow Leopards prey on livestock are crucial to ensure that local people retain a positive attitude towards wildlife.

Ecology in the city

As India develops, cities are witnessing the combined onslaught of rural migrants, middle-class desire for upward mobility, and the luxury living of the rich. In the process, natural spaces like lakes and woodlands are being lost to malls, high-rises, highways and airports. Or they become giant garbage dumps. Harini Nagendra, Ramesh Sivaraman and S Subramanya’s essay on lake restoration in Bengaluru is a telling tale of power and parity in urban development. Lakes were common property resources with their own social-ecological history. Now they are transitioning to neglected state holdings, marginal lands, or prime real estate, pushing out those who depend on its ecological services. The citizen-led restoration of Kaikondanahalli lake reveals the complexities of negotiating multiple stakeholders and navigating the maze of bureaucracy to define ownership and ensure protection of an urban ecosystem. As creatures that categorise and classify, boundaries and borders appeal to us. Protected areas and the laws that uphold them will remain paramount for conserving nature. But, as our economy grows and space becomes even more tightly contested, we have to understand how animals and plants respond to the larger landscape in which protected areas are embedded.

Learning how biodiversity will navigate human spaces is the biggest conservation challenge. What kinds of species will manage to cross into and live within human-dominated ecosystems? What characteristics allow them to survive changes in their original habitats? How do communities—collections of different species within an ecological group such as trees or birds—change with human influence on habitats? How are ecological processes altered in human-modified landscapes? Nature without Borders provides a snapshot of possibilities and efforts under way.