The one who didn’t get bugged

Hugh Raffles is a rare anthropologist. He researches relations between people, animal and objects.

In Insectopedia, he tries to understand how humans interact with insects. The book is as much about art, society, culture and philosophy, as it is about insects.

“When insects enter our lives, they usually do it on their terms, not ours. With a few notable exceptions, such as bees and silkworms, we’ve never figured out how to control them. We don’t know what they’re thinking or what they’re feeling—or even if they do think or feel—and we don’t have any good ways of figuring that out. To me, those were all good enough reasons to write a book about them,” Raffles writes.

Insectopedia begins with the description of a historic flight. On August 10, 1926, a six-seater airplane took off from an airfield in Talulah in the US state of Louisiana to assess the population of insects in a vertical column of air. It was the first time insects had been collected by plane, and the results were astounding. 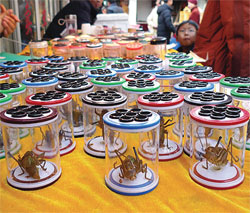 This description of the aerial plankton appears in the chapter, ‘Air’. The following 25 chapters are also not titled after any insect, rather, they are named according to the subject Raffle wants to explore. The second chapter is ‘Beauty’ and the third ‘Chernobyl’.

Insects play an important part in each chapter, but the book is not encyclopedic in the sense that it does not attempt a comprehensive listing of every insect in the world. It is an anthropologist’s quest to understand the relations of humans with insects. “We simply cannot find ourselves in these creatures,” Raffles writes. 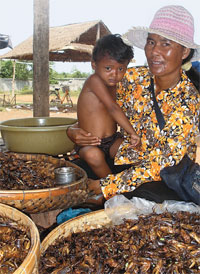 “The more we look, the less we know. They are not like us. They do not respond to acts of love or mercy or remorse. It is worse than indifference. It is a deep, dead space without reciprocity, recognition or redemption.”

Raffles’ entries range in subject matters from the personal disgust he feels when he discovers a cockroach sharing the shower in his Manhattan apartment, to epic journeys into Asia and Africa and observing cricket betting in Shanghai and locust-eating in Niger.

The most satisfying ones illuminate his subject via potted biographies of men and women who are passionate about insects. In ‘Chernobyl’, for instance, Raffles offers a cameo of Cornelia Hesse- Honegger, a contemporary artist dedicated to creating near-perfect watercolours of insects deformed by nuclear fallout.

Her art is a silent rebuke to a world turning to nuclear power to solve its problems. Read this book to find out the wonder about bugs.

Atreyee Mukhopadhyay has studied anthropology. He now works as an editor in a publishing firm in Delhi