Dipankar Gupta is amongst those who believe we congratulated ourselves too early. The tale is familiar one. The country is still caste-ridden, its middle classes are self-serving and its politicians venal.

The IT industry offers hope. But the (Narayana) Murthys and Premjis are not Rockefeller yet. And merely 3 million are employed in that sector anyway. Almost 20 years into liberalization, the middle class takes refuge in the argument that structural constraints and not cultural factors hobble democracy in the country.

Gupta does tell his story with panache weaving anecdotes with sociological analysis. He takes you to the the badlands of Uttar Pradesh, to the fields of Punjab and into the homes of untouchables in Bihar. 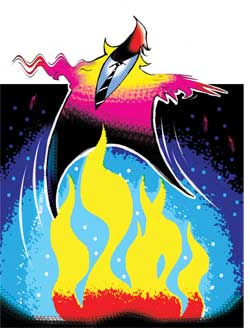 But the jnu don does overstate a few times. Consider, for example, his argument on the increasing use of mobile phones. Today, even unskilled or semi-skilled workers carry mobile phones because these are their lifeline to gainful employment. But Gupta does not see this as any communication revolution. For him, this is a contradiction of sorts. So, even if many mobile owners survive at subsistence levels, they still invest in such gadgets. The possession of a mobile phone does not signify a rickshaw puller's entry into the middle class category. But none bar the copywriters who wrote the Idea cellphone ad would make this claim.

Gupta's is, however, no apology for socialist India and what the economist Raj Krishna once described as the Hindu Rate of Growth. He sees hope in Dalit assertion. This is, as he shows, is not just confined to the political arena, but also noticeable in business. But this does not fit well with his critique of post-liberalization India.

Limited no doubt, the dismantling of the licence permit raj has surely offered opportunities to the marginalized.

Shefali Kukreti is a civil servant. The views in this article are hers alone