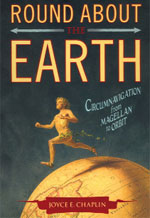 Last January when Dutch teenager Laura Dekker became the youngest person to sail around the globe, her voyage caught media attention. But the focus of the world press was more on Dekker’s battle with reluctant Dutch authorities than on her sea tribulations. The 16-year-old did suffer her share of mishaps and experienced adventures including close encounters with sharks, but these were assumed to be stock-in-trade for any seafaring adventurer. Today, when it is possible to book an around-the-world air ticket with a basic smart phone and when children are acquainted with GPS devices, Dekker’s feat seems more quaint than exceptional.

Things were vastly different five centuries ago when Ferdinand Magellan’s circumnavigation killed him and most of his crew. Contrary to the received wisdom, Magellan was not the first to sail around the globe. He perished in a duel with a Filipino chieftain and it was left to his deputy Juan Sebastian de Elcano to lead the ragtag flotilla back to Spain. Harvard historian Joyce Chaplin takes us back to that voyage and several others.

She tries to understand what made young men rough out an enormously uneven battle with seas. For Magellan and his successors over at least three centuries, conquest was the paramount motive. Magellen’s expedition aimed to reach the Spice Islands—now part of Indonesia’s Malaku Islands—via a radically backward route: sailing west, not east. The journey promised to make Magellan and his crew either very rich or dead. The Spice Islands was the world’s only source of cloves, mace and nutmeg, and in the early 1500s sailors who survived the journey could sell them in Europe at an enormous profit.

Over the next three centuries seafaring became intertwined with colonial and imperial ambitions. Chaplin observes that early circumnavigators “had no respect for the territories of non-Europeans”, and thought of foreign lands as resupply points or potential colonies. In the 19th century, the Russian and Japanese empires sponsored circumnavigations to demonstrate their status as great powers. In 1907, US president Theodore Roosevelt dispatched the Great White Fleet around the globe with the intention of showcasing US naval power. 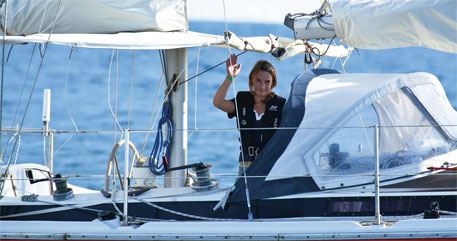 The many instances of ruthless asset stripping, casual slaughter and cultural arrogance were allied to the new transcontinental connection-making, copious opportunities and eager accumulation of knowledge that this period of protracted Western hegemony sometimes afforded its beneficiaries. By the late 19th century the seas had become safer. When British ship HMS Challenger went on circumnavigation in 1872 it carried masses of scientific equipment but only two cannons that were mainly used for signalling. The voyagers returned in perfect safety with the “largest oceanic database yet generated”.

Chaplin is at her best while describing the sailors’ tribulations. Very few sailors would return home. Scurvy was the biggest scourge. History credits British explorer James Cook as the pioneer in the battle against the seafarer’s greatest bugbear. But it was actually his countryman John Byron who devised ways of keeping provisions fresh. Cook who followed his directions a few years later, returned from his voyage with all but six of his 232-member crew unharmed.

If the early voyagers were driven by the desire of conquest, curiosity became the major reason for people taking to the seas from the late 19th century onwards. Chaplin chronicles virtually unknown travellers such as Ida Pfeiffer, a wealthy widow whose 1846-48 tour between flourishing outposts of imperialism included ship, rail and a mule caravan.

While much of her book is about sea-travel, Chaplin is at her poignant best while bringing out the hiatus between the geopolitical ambitions of national space programmes and the sentiments of space travellers. Soviet cosmonaut Yuri Gagarin, awestruck by the fragility of Earth among celestial giants, is said to have remarked, “It’s indescribably beautiful”, a sentiment way away from the militaristic motive of the mission that took him to space.

Hrishikesh Mattoo is an independent researcher in Bengaluru