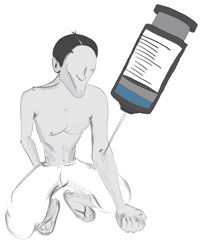 Next year, in June, world leaders will get together in the joyful city of Rio de Janeiro, Brazil, to mark 20 years of UNCED—the Earth Summit (see Down to Earth, May 15, 1992).

Unbelievably, it will be 40 years since the Stockholm conference, when the question of the environment first caught global attention. At Stockholm, developing countries—then prime minister Indira Gandhi was the only leader from this part of the world to attend the meet—were uncertain. They were just feeling their way to articulate what the environment meant for them, how their own development would need resources and how their growth could lead to pollution. Mrs Gandhi’s famous phrase, “poverty is the biggest polluter”, has been interpreted in many ways. At Rio in 1992, this set of countries, sobered, decided to put their foot down: they asserted their right to sustainable development.

This Rio+20 comes at a crucial time in global affairs. A possible double digit recession in the US, financial crisis in the Eurozone, peak oil prices, everything is provoking a rethink on the current growth model. What are the interconnections between this model, built on consumption for wealth creation, and the challenge it poses to sustainability? We know, today, an underlying cause of the financial strain is dependence on cheap loans or cheap production to induce consumption, to fuel growth. The world has not been able to design a growth model that meets the aspirations and purchasing abilities of people, indeed the needs of all. There are limits to such growth, a fast-growing world is learning. It is not possible to emulate the lifestyle of the already-industrialised without compromising the survival of the Earth. Such limits will require the world to share the Earth, so that growth can be afforded and sustainable, for all.

The world is in danger of losing its development dividend. The poor, already living on the margins of survival, are even more vulnerable with each natural disaster. The gains of development investment are now lost. So, on the one hand, the world has to reinvent the growth paradigm because it is costing growth itself. On the other hand, the world has to reinvent growth for it is costing the Earth.

What should the planetary blueprint look like? First, we need new economic indicators to measure prosperity in an inclusive and carbon-liable world. It is increasingly accepted the current method to measure economic progress in terms of gross national product does not provide the right signals for valuing growth, just and sustainable. Bhutan has adopted Gross National Happiness to indicate a way to wellbeing, outside of wealth. In 2008, responding to concerns about the inadequacy of current measures of economic performance, French President Nicolas Sarkozy set up the Commission on the Measurement of Economic Performance and Social Progress. The choice of the economic measure is important, for it makes the world assess economic performance and social progress in a new light. But what are the “right” indicators, which will value the next-generation, low-carbon development paradigm? This is a key issue, still needing resolution.

Second, the world must buy into the demand for a global framework for equal rights and entitlement to global atmospheric space for all, which will, in turn, build in conditions for limits on consumption and production. The world’s atmospheric budget must be shared. Such sharing will create the right conditions for critical economic choices related to changes in consumption and production patterns. Such acceptance of limit has to be a key economic-political driver the world over. If we can’t put it in place, there will be no real incentive to move away from the current, unsustainable, economic growth model.

Third, can we transition to green energy? For it, do we have the guts to build a global feed-in tariff mechanism? It is well understood the transition to low-carbon growth will require massive investment in new renewable technologies, as also in distribution systems which reduce transmission costs and losses. The challenge is compounded: the global majority of households remain energy-deprived and energy-insecure. The world has to find energy options, affordable to all and sustainable.

It is also clear the South has the opportunity to leapfrog into new energy solutions, for it has still not invested, completely, in the fossil-based energy systems that threaten the Earth. The transition to low-carbon energy futures can be paid through a global feed-in tariff mechanism, which would pay for the differential cost of generating more expensive energy-using renewable technologies. Many countries have adopted domestic feed-in tariff regulations. Germany, where consumers are relatively wealthy, requires power utilities to pay the differential. In India, where energy insecurity and energy costs are high and consumers poor, the approach is to bundle cheaper energy with expensive energy to cut prices. These approaches will make us learn the options for the future.

But it is not enough. Global leaders have to stand up for some “inconvenient messages”, which challenge the current business-as-usual model. In Rio, all leaders should take a bus, to say they want a car-free world. Say it clearly, openly and without hesitation. Change the game. We want that. We are not waiting.