The veil of civilisation and Hurricane Sandy 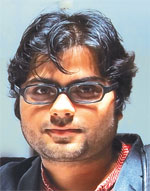 We live in a world filled with theories of human nature, or more correctly, theories of human nature that explain differences between people. Such theories have a wide ranging currency and explain differences between people in things as varied as poverty, labour efficiency, honesty, graciousness, violence (or lack thereof), scientific progress, cleanliness of streets, alcoholism, sexual prowess and what not. The power of these theories are in that they set the agenda, around which we create our perceptions of ourselves and others, our assessment of the present, our hopes for the future, our aspirations and desires.

This is why it is important we take such “human nature” theories seriously and critically, for they define our present and limit our future. The cold-blooded violence of the Taliban, the simplicity of Chhattisgarh adivasis, the mathematical ability of Tamil brahmins, the ability of German companies to build precision instruments, the courteousness (“How are you doing?”) of a white bus driver in Boston, the sense of justice of the British, the spirit of entrepreneurship of immigrant Europeans in North America, the dapper look of a New York police officer, the sense of duty, discipline and punctuality that is apparently absent among brown folks—this long list is only a small set of qualities that are attributed to the intrinsic nature of a group of people. The Pashtun are prone to gratuitous violence “by nature”. The other examples I cite also have this quality of being explained by the nature of the people, an ethnic-quality, so to say, that specially marks them out, for good or for bad.

This way of explaining away differences between people not only obfuscates strands of commonality between them but also works against initiatives of transformation of societies from within (Pashtun women cannot “save” themselves and Pashtun men cannot have any role in such an initiative). Such ideas also make us permanent prisoners of an inferiority complex (lazy, dishonest, unclean brown men)—piecemeal personal liberation coming through some kind of an internal theorising that one is among the very few with the “wrong” skin but the “right” nature.

Our world has this organisation, this “civilisational” pecking order of sorts, which manages to encroach upon our innermost subjectivities, deeply colouring our attitudes and aspirations. It even warps our sense of aesthetics, so much so that we cannot even make ourselves dislike what we may know to be bad. For example, my modern urban aesthetic can only imagine beauty in concrete while I know that paving the ground makes rainwater run off, causing water tables to drop. The alternatives, soil, dust, clay, have lost all aesthetic appeal, irrespective of my public posturing. This crisis has multiple far-reaching implications—environmental effects are only one of them.

It is not easy to see the world bare naked, without the ideological veil of the civilisational pecking order, especially when it has been naturalised. Rare are the moments when the veil is lifted. It is the witnessing of such rare moments that helps one unlearn, cleanse oneself off handed-down ideologies and breathe easy. And here comes the story of the hurricane. For nature in itself (not our perception of nature) has not been brainwashed.

Because it has not been brainwashed, it can be irreverent, indiscriminate. It can lash Haiti’s coastline and lower Manhattan in similar ways and in one stroke can be the great equaliser when dehumanised Haitians and refined New Yorkers, the “animal” and the “ideal”, both are frightened and shiver. Rare are these moments when layer upon layer of ideology, constructed over centuries, can be briefly peeled back to show what is generally concealed by the apparent disparities between the garbage-scavenger of Mumbai and the iPhone-toting yuppie New Yorker. The approaching Hurricane Sandy caused panic. People tried to stock up on water and food. There were fistfights to buy water.

A friend from New Jersey called. There was no electricity. “What’s the correct way to wash clothes without the machine? You are from India, you know right!” Alas, I am from elite Kolkata, but I knew by seeing. Put water, put clothes, put soap. He said, “and then spin by hand?” He wanted to mimic the machine. With the power gone, the powerlessness showed. Notions of differential “progress” due to difference in “intrinsic” nature become dubious in such circumstances.

Of course, electricity gets restored. But to look at your belief system being battered by a hurricane is not easy.

It is not easy to see unclean public lavatories that you thought you had left behind in the tropics. Just one day of a Hurricane blessed holiday of the underclass janitors is enough to create a stench that one has learned to associate with some and not with some. In the gullet of Manhattan, from where the Empire State Building cannot be seen, pecking orders briefly collapse. They collapse without hurricanes too, on a daily basis, between the rounds that the janitor makes, in the obnoxious splatters in lavatories of Michelin starred restaurants, in the toilets left unflushed in the most exclusive of hotels. The frequent restroom cleaning keeps the ideological veneer on for us to aspire and be awed. Cleanliness is next to godliness. Surplus makes near-godliness achievable on this earth.

For a significant part of the year I live in a locality of Kolkata. This is also where I grew up—a distinctly “down-market” area called Chetla. People often wear lungis on streets and near the railway bridge, there are lumps of human excreta on the roadside every morning. As I stroll down the manicured streets of Boston, a dirty thought emerges. If the surplus were to evaporate, would the sauve Bostonian come to resemble my people from Chetla? How would the sidewalks of Massachusetts Avenue look early in the morning? Would the air still be filled with the nauseatingly high number of “Thank yous” , “Sorrys” and “Excuse mes” I say and hear every day? Would this veneer of gracefulness, thankfulness, personal space, yoga retreats and wine-tastings still mesmerise? What does it take to lift the veil? The ease of unravelling might hold better clues to our commonalities and differences than ideologies of progress and development.

Hurricanes can only pull out a couple of such veils, that too very briefly. Meanwhile, in other parts of global urbania that are playing catch-up, elaborate mechanisms of creating lavatories and frequently cleaning them are being finalised. However, they do not have the advantage of acquiring shipfuls of humans from Senegal. Their dreams of creating a “world-class” Delhi need more than a few fingers of Katam Suresh of Gompad, Chattisgarh. One needs many Chhattisgarhs, millions of fingers to adorn the necks of thousands of unreformed “Angulimalas”. To “naturally” fit into the class of connoisseurs of “Belgian” chocolate, one needs to be better than King Leopold. King Leopold of Belgium. Google him. Léopold Louis Philippe Marie Victor. Even their names sound better between hurricanes.