A sacred dye to return

At the Indian Institute of Natural Resins and Gums, and at the Regional Centre for Development Cooperation, revival of alta has begun

At the Indian Institute of Natural Resins and Gums, and at the Regional Centre for Development Cooperation, revival of alta has begun 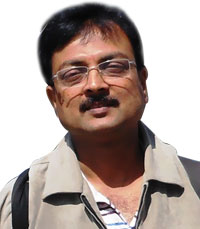 Alta, the traditional red dye applied to the feet of women in India on various festive occasions, had almost disappeared in its pure form. Originally prepared from lac and hence known as lakshya rasa in Sanskrit, this dye has long been replaced by synthetic products in the market that most users were unaware of. In 2000,  I noticed that many traditional artisans were unaware that alta was prepared from lac and since then have looked for an opportunity to revive this sacred dye.

Though the Odia lexicon of 1930s, Purnachandra Bhasakosha, mentions how alta was produced from lac, what was lacking was a proper standardization of the formula. I wrote to the Indian Institute of Natural Resins & Gums (IINRG, formerly, Lac Research Institute), Ranchi, in 2010 for necessary technical collaboration. The institute's Director, agreed to help the work at his institute and the revival of alta has thus begun. The first sample of the product was sent to Regional Centre for Development Cooperation (RCDC) and, after necessary trials and feedback, improvements were attempted.

Currently, the IINRG has standardized two different formulations of pure alta: one for orange and the other for a deep red. These lac-based applications have multiple benefits – including therapeutic effects - for women. The IINRG, which is in the process of finalizing the formulation, is now ready to transfer the technology of alta so that Indian women can have a pure product and escape the synthetic azo dyes. The Odisha-based grassroots organization that works on natural resource management envisages that women’s groups would benefit from this technology transfer as alta has a local market in Odisha and other parts of the country. 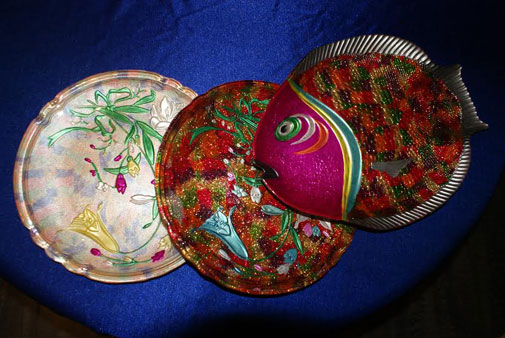 The case of alta in fact reminds us how some of our multi-beneficial indigenous skills have been lost. Not only alta, but many of the traditional lac-based preparations are either no more produced or are about to be out of the scene in near future (like the white sacred bangle sankha which was made in some parts of Odisha from a blend of lac and clay). Invasive substitutes in the market, poor returns and the difficulty of arranging the raw materials are some of the reasons responsible for this. Even in case of the pure alta, the synthetic substitutes offer a better colour stability whereas the pure or original one is likely to have a relatively weaker fastness. Pure alta is more washable than the synthetic alta and,  being acidic in nature, is further vulnerable to soap-action. However, after all said and done, pure alta  is essentially skin-friendly (cracked portions on the sole may however experience irritation which in fact helps to disinfect them),  soothing and safe.

However, it needs to be clarified that all kinds of lac dyes are not necessarily alta, because for different applications the formulations also change. What is known as alta is essentially a dye used for application on human skin, for sacred-cosmetic purposes; and hence the formulation should be carefully developed as it is not for the purpose of textile dyeing.