Adding another national regulator will not help environment 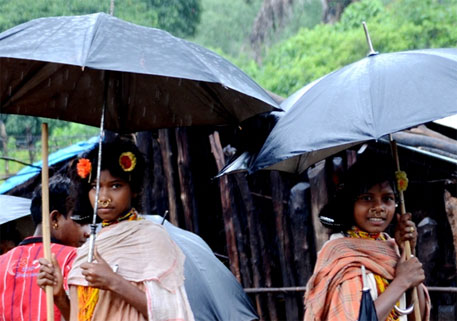 After more than two years of flip-flops by the Union Ministry of Environment and Forests (MoEF), the Supreme Court (SC) gave a deadline of April 30, this year to the ministry to start the process of setting up a national environmental regulator under the Environment (Protection) Act, 1986, with offices in as many states as possible. According to the SC order, the regulator will carry out independent, objective and transparent appraisal and approval of projects for environmental clearances. The regulator will also monitor the implementation of the conditions laid down in the clearances and impose penalties on polluters. While exercising such powers, the regulator will ensure the National Forest Policy, 1988 is duly implemented.

One can understand the angst of the honorable court. The green bench of the SupremeCourt has been dealing with forest-related issues for almost two decades. The bench has experienced major problems with the way environment and forest clearances are granted. It has had to deal with poor Environment Impact Assessment (EIA) reports and bad decisions of the Forest Advisory Committee which recommends diversion of forestland for developmental projects. It has found conflict of interest in the way an EIA report is prepared and forest area is identified, demarcated and finally diverted for non-forest uses. In the court’s view, therefore, an independent national regulator is the solution to the problem. In its order dated July 6, 2011 the Supreme Court—in the case of Lafarge Umiam Mining Private Limited v. Union of India &Ors—directed the Central government to appoint a national regulator.

It is interesting to note that in its public notice filed the very next day, the MoEF actually agreed and proposed to set up an independent regulator. Then the minister changed and so did the position of the ministry. The ministry, for the next two years, did not take any action on the court’s direction. It did not file any review petition. In fact, in an effort to reverse its earlier position, it argued with the court that its direction of July 6, 2011 was a mere suggestion and not a mandamus. When the court refused to accept this, the ministry asked for six more months—which was again refused. Exasperated, the court gave the MoEF just 10 days to start the process of appointing a regulator.

Though SC’s intentions are well meaning, insisting on a new national regulator might backfire. Let me explain.

Too many clearances, few checks

There are major problems with the way projects are granted green clearances in the country. There are too many clearances for the same thing; and none of them seem to be working for the environment or for protecting the rights of communities. Worse, they are adding to the burden of industry in terms of high transaction costs. Let us look at the key clearances.

There is environment clearance under the EIA Notification, 2006. Big projects are appraised by an Environment Appraisal Committee (EAC) and cleared by MoEF. Small projects are handled by the State-level Environment Appraisal Committees (SEACs) and State-level Environment Impact Assessment Authorities (SEIAAs). Most EIA reports are not worth the paper they are written on and the entire process of clearances is just a lot of paperwork. The regulators – EAC, SEAC or SEIAA – are not accountable to anyone. There are now many cases in which the clearances granted by regulators have been rejected by the courts. On top of all this, hardly any post-clearance monitoring is done. The six regional offices of the MoEF that are supposed to enforce the clearance conditions do not have the human power or the resources to do this.

Then there is forest clearance under Section 2 of the Forest (Conservation) Act, 1980. There is a Forest Advisory Committee which appraises the projects and recommends diversions. Unlike environment clearance, there is no impact assessment report required for forest diversion. The report on the basis of which forestland is diverted reads like a botanical report – number of trees, girth of trees, types of trees, etc etc. There is no assessment of the impact the forest diversion on the ecology, water resources or the people living in the area. Worse, none of the reports are made available in the public domain.

Then there is coastal clearance under the Coastal Regulation Zone Notification, 2011. Under this, there are State Coastal Zone Management Authorities (SCZMAs) and the National Coastal Zone Management Authority (NCZMA). SCZMAs are supposed to map the coastal zone of the states and develop integrated coastal zone management plans. Based on these, they have to recommend clearances for coastal projects to SEIAAs or the MoEF as the case may be. But very few states have mapped their coastal zones and developed integrated coastal management plans. As in the case of environment clearance, there is a conflict of interest in preparing the EIA report and demarcating the coastal areas. The project proponent pays to the consultant to do all these. Although preserving the livelihood of the coastal community is one of the main objectives of the CRZ notification, the law does very little in this regard.

Then there is wildlife clearance under the Wildlife Protection Act, 1972 for taking up non-forestry activities in wildlife habitats and within 10 km from boundaries of national parks and wildlife sanctuaries. The state boards for wildlife (chaired by respective chief ministers) and the National Board for Wildlife (chaired by the prime minister) are involved in giving these clearances.

In addition to these, there is the Central Pollution Control Board (CPCB) and the State Pollution Control Boards (SPCBs) – the biggest pollution regulators of the country. Before a project can come up, it has to take Consent to Establish and Consent to Operate under the Water (Prevention and Control of Pollution) Act, 1974, and the Air (Prevention and Control of Pollution) Act 1981 from SPCBs. Some of the SPCBs demand EIA reports before giving the consent.

Apart from the above, there are area/issue-specific regulators like the Environment Protection Authority for Eco-sensitive Zones, the Compensatory Afforestation Fund Management and Planning Authority, etc.

Despite all the laws, regulations, authorities and regulators, the fact is 99.9 per cent of all projects are awarded environment-related clearances and 94 per cent of all projects are given forest clearances. Despite the propaganda by the industry, the fact is in the past six-seven years the pace and scale of environment and forest clearances has been unprecedented. For example, from 2007 onwards, MoEF had granted environmental clearance to more than 200,000 megawatt (MW) of coal-based thermal power projects – in other words, 60,000 MW more than what we have installed in the past 67 years. It has granted clearances to mine more than 350 million tonne per annum (MTPA) of coal and to install more than 100 MTPA of steel capacity. For every one Posco or Vedanta stopped, there are hundreds that are granted clearances without proper scrutiny.

This multiplicity of regulations and regulatory authorities help unscrupulous elements in the industry and the government. But it is bad for the environment and economic growth. Environmental degradation is a runaway problem, destroying public health and exacerbating poverty. Pollution in our rivers is worse today than three decades ago when MoEF was established. Air pollution in our cities has worsened as well and we cannot handle our garbage. Bellary   and Goa  show that we cannot protect our forests. In such a scenario, adding another national regulator will not help.

What we need is a second-generation reform for environmental regulation, which will safeguard environment and community rights as well as reduce time and transaction costs for the industry. What is needed is to reduce multiplicity, remove archaic laws and streamline regulatory procedures. In this reform process, there is certainly a possibility of settingup a national regulator that can consolidate all clearances — environment, forests, wildlife and coastal — so that the project’s impact is fully understood and decisions taken. This regulator should be given enough power and resources to do proper post-clearance monitoring and assessment and also impose fines and sanctions. The regulator must be transparent and accountable and promote deepening of public assessment, participation and scrutiny.

This, I believe, is the way ahead.