As cobalt demand booms, companies must do more to protect Congolese miners 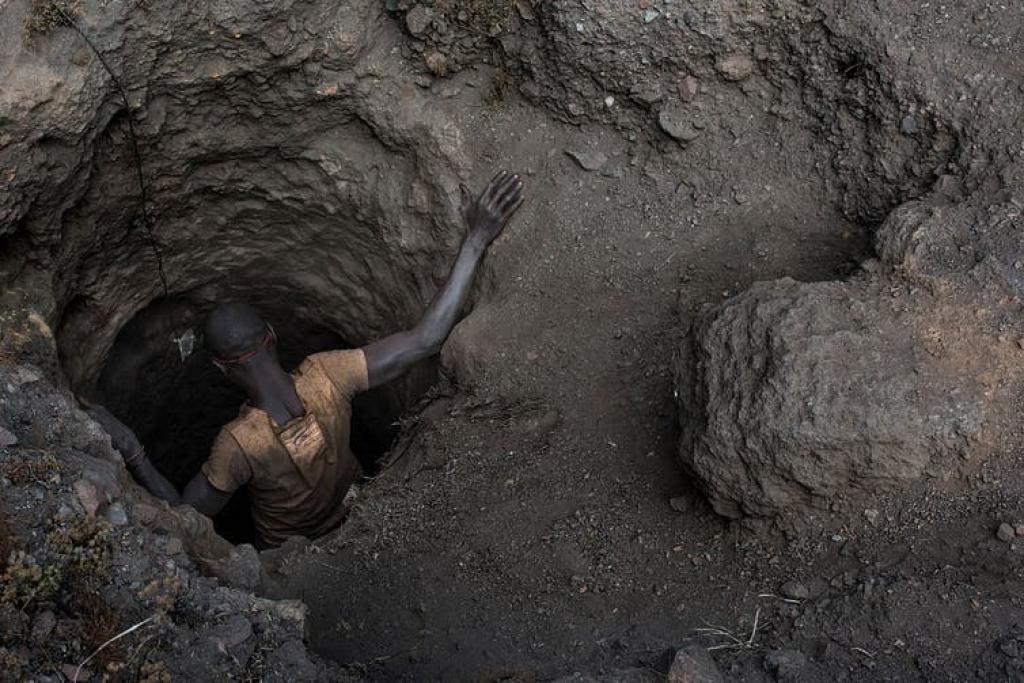 The Democratic Republic of Congo is the major source of some of the minerals used to manufacture components in household appliances, mobile phones, electric vehicles and jewellery.

The mineral extraction industry is the backbone of the Congolese economy. Copper and cobalt, which is a by-product of copper, accounts for 85 per cent of the country’s exports. Because of the huge mineral deposits available in the country, it is often the only sourcing option for companies.

Cobalt is an essential mineral for the lithium-ion batteries used in electric vehicles, laptops and smart phones. It offers the highest energy density and is key for boosting battery life.

The Katanga region in the south of the Democratic Republic of Congo is home to more than half of the world’s cobalt resources, and over 70 per cent of the current cobalt production worldwide takes place in the country. Demand for cobalt is projected to surge fourfold by 2030 in pace with the electric vehicle boom.

However, mining in the Democratic Republic of Congo is risky because of the prevalence of artisanal small-scale mining. Artisanal mining is often carried out by hand, using basic equipment. It’s a largely informal and labour-intensive activity on which more than two million Congolese miners depend for income.

And this mining method comes with major human rights risks such as child labour and dangerous working conditions. Fatal accidents in unsafe tunnels occur frequently. And there are detailed reports such as the one by Amnesty International on the prevalence of child labour in these operations.

Artisanally mined cobalt also often gets mixed with the industrial production when it is sold to intermediaries in the open market. Typically, it is then shipped to refineries in China for further processing and then sold to battery manufacturers around the world. In this complex supply chain, separating, tracking and tracing artisanally mined cobalt is almost impossible.

International human rights organisations have flagged human rights abuses, putting pressure on multinational corporations that buy Congolese cobalt. In response to these pressures, some automotive and electronics companies are currently not sourcing cobalt from the Democratic Republic of the Congo because they want to avoid tainting their brand image.

But that strategy won’t work for long, as no other country will be able to satisfy the rising demand for cobalt. The production of other cobalt-exporting countries such as Russia, Canada, Australia and the Philippines accounts for less than 5 per cent of the global production.

How companies in the cobalt supply chain can source responsible cobalt from the Democratic Republic of the Congo amid these human rights risks is a question worth exploring. We address this question in a recent study, in which we suggest companies should acknowledge the need for common standards for responsibly mined cobalt.

Currently, there is no common understanding of what “responsible” artisanal cobalt should entail. The quest for responsible mineral sourcing is not a cobalt-specific challenge.

The Congolese mining code establishes certain basic standards such as the prohibition of miners under the age of 18. There are also requirements to register as an artisanal miner and become a member of a mining cooperative.

One approach towards common standards is to mount “artisanal and small-scale mining formalisation projects”. The few existing projects establish rules for the mining site that are defined and enforced by the project partners. These usually consist of cooperatives, mine operators and buyers.

One of us visited two active formalisation projects in Kolwezi in Katanga province. Based on the observations during the September 2019 visit, we believe that formalisation is a viable path to making artisanal mining safe and fair.

Formalisation works because operational measures are put in place to mitigate safety risks. For example, the extraction is supervised by mining engineers. Also, the project site is fenced off and has exit and entry controls. This ensures that no underage, pregnant or drunk miners can work on site.

National standards for mine safety exist, but they need to be enforced uniformly. Where current standards fall short of reassuring buyers, further measures need to be developed by a consortium of the key players. This should involve mining cooperatives, concession holders, the government, civil society organisations, and other companies along the battery supply chain.

The 2018 amendments to the mining code introduced a legal basis for the subcontracting of artisanal miners by industrial mining companies. In January 2020, the Congolese government created an entity that will oversee artisanal and small-scale mining activities. These are positive steps.

The development of artisanal mining standards through a process involving key players needs to build on and strengthen these existing national laws and strategies. Furthermore, private actors should support government efforts by identifying parameters and means of evaluation to ensure the consistent enforcement of these standards.

A discussion about responsible sourcing strategies and practices is indispensable for all brands that care about the human rights implications of their operations.

To illustrate how a multi-stakeholder discussion over responsible sourcing standards translates into practice, we can examine tunnel construction to extract the ores underground at artisanal and small-scale mining sites.

If tunnels are allowed, how deep can they be? While relevant mining regulations limit tunnel depth to 30 metres and tunnel inclination to 15%, international buyers of cobalt do not consider this safe.

These processes and regulations must be standardised and widely adopted. Only when this happens will automotive and electronics companies be reassured that they are not contributing to human rights violations. And only then will they feel confident buying Congolese cobalt.