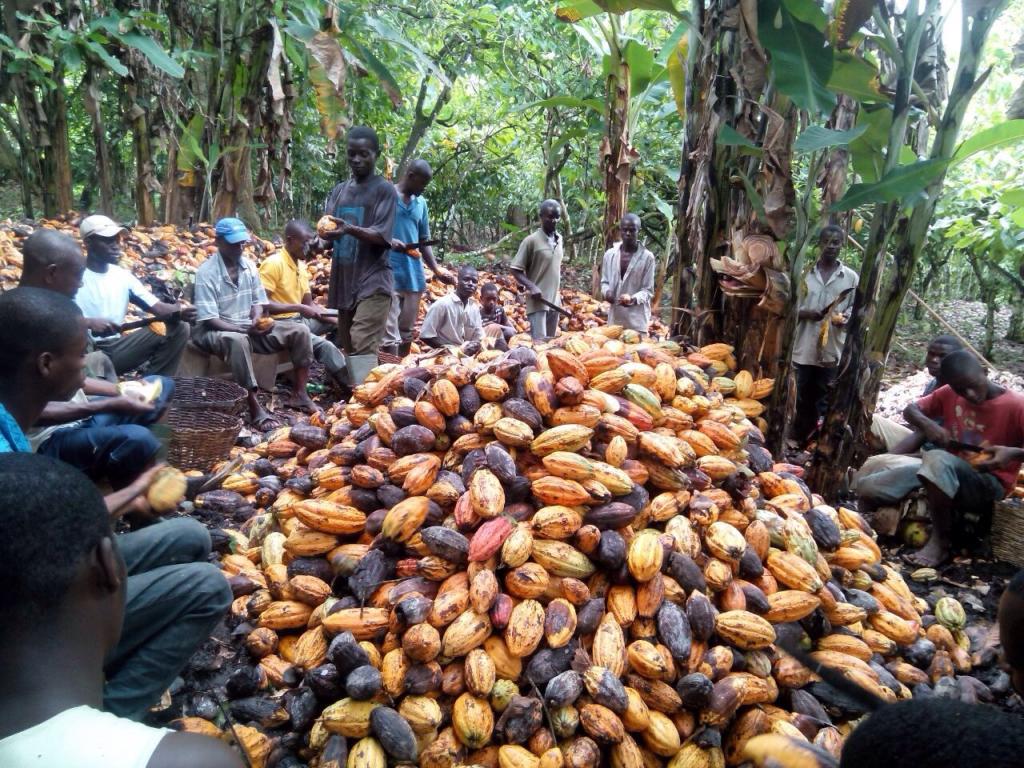 In 2000 and 2001, the use of child slaves on cocoa farms in West Africa was exposed in a series of documentaries and pieces of investigative journalism, sparking an international outcry .

This series of events was far from unprecedented.

As discussed in my paper, since the 19th century, when cocoa was first introduced to Africa (and despite the formal abolition of domestic slavery in the region), cocoa farming in West Africa has been linked to narratives of slavery and ensuing protests from chocolate consumers in Europe and America.

As recently as the early 20th century, the Portuguese were importing slaves into São Tomé and Príncipe to work on cocoa farms. This process was described by the British journalist Henry Woodd Nevinson , who had been funded by Harper’s Magazine to investigate rumours of slave labour in cocoa plantations. On reaching São Tomé or Príncipe, each slave was asked whether they were willing to work there. Nevinson reported:

In most cases no answer was given. If any answer was made, no attention was paid to it. A contract was then drawn out for five years’ labour.

This allowed both the Portuguese and chocolate producers in Europe to argue that the workers were contracted labourers rather than slaves. However, the “contracts” produced were meaningless, as the slaves were not permitted to leave the plantations for five years.

Some things have changed since then. Modern slavery primarily involves the trafficking of children, who are treated as a “disposable” source of labour. However, some things remain the same. Cocoa buyers and chocolate manufacturers still use various strategies to deny, deflect and divert when the issue of child slavery is raised.

After the practice was exposed in the 2000 documentary Slavery: A Global Investigation, the chocolate industry initially denied that trafficked children were involved in cocoa farming. In response, civil society groups in chocolate-consuming countries launched a campaign calling for the elimination of child slavery in the cocoa industry.

The campaign was particularly successful in the US due to its unique history of slavery. It led a US representative, Elliot Engel, to introduce legislation requiring chocolate firms in the US to label their products “slave free” to prove that no child slaves were involved in their supply chains.

Chocolate companies first responded by hiring professional lobbyists to prevent the passage of the “slave free” legislation in the US Senate due to the legal implication of such a label.

Subsequently, conceding that child slavery might actually exist in their supply chains, the companies took a different approach. They teamed up with various stakeholders to create the Harkin–Engel Protocol, which effectively quelled the 2000–2001 campaign. But this was a tactics.

The Harkin–Engel Protocol set out six date-specific actions that were supposed to lead to the establishment of an industry-wide standard for product certification on July 1, 2005. However, the deadline was extended to 2008 and then to 2010. After 2010, the protocol was basically abandoned.

Following the missed deadline in 2005, some US campaigners turned to the courts, sponsoring former slaves to sue multinational chocolate companies directly. However, all hope of winning these cases was lost in June 2021, when the US Supreme Court determined that companies such as Nestlé and Cargill could not be sued for child slavery in their supply chains .

The campaigners were at a clear disadvantage compared with the chocolate makers, not least because they did not fully understand the root causes of child slavery in cocoa farming in West Africa.

An example is a series of field surveys conducted by Tulane University to ascertain the prevalence of the worst forms of child labour in cocoa farming in Ghana and Ivory Coast.

Meanwhile, investigative reports and televised documentaries have painted merely a qualitative picture of the phenomenon. An example is the 2010 documentary The Dark Side of Chocolate . This sought to provide visual evidence of child slavery in cocoa production in West Africa. Representatives of the chocolate industry declined both requests for interviews and invitations to watch the film.

The filmmaker, Miki Mistrati, broadcast the documentary on a large screen next to Nestlé’s headquarters in Switzerland , making it difficult for employees to avoid catching glimpses of child slavery in the company’s supply chain.

Scholars, journalists and filmmakers addressing the topic of child slavery in West African cocoa farming have thus far failed to engage with the history of cocoa farming and the evolution of the process of cocoa cultivation.

Properly engaging with this history would help anti-child slavery campaigners understand what exactly they are fighting against. The conditions that created a demand for cheaper sources of labour in the past are still in place today, and nobody understands them better than chocolate multinationals.

This has been the subject of my research.

These conditions arise from changes in the ratio of labour to land needed to continue cultivating cocoa. The availability of forestland is the decisive factor.

Cocoa farming once involved the consecutive phases of boom and bust, followed by a shift to a new forest area (production shift), a different product in the same area (diversification) or a different system of cocoa cultivation requiring extra production factors. Studies of cocoa cultivation in West Africa have provided evidence of planters’ migrating to new forest after exhausting existing forestland, resulting in shifts in production centres within and between countries.

However, accessing new forestland is becoming ever more difficult, and far more labour is needed to replant cocoa than to plant on pioneer forest soil.

This labour problem is particularly pronounced in cocoa cultivation areas that depended on migrant labour in the past (such as Ivory Coast). Here, a reduction in migration over time, coupled with deforestation, has resulted in a labour crisis: although post-forest cultivation requires more labour than pioneer planting, less labour is now available. To continue cultivating cocoa, planters in these areas have turned to cheaper sources of labour, such as family members and children.

This change in labour relations seems to have led to an increase in child slave labour.

Chocolate producers such as Mars and Nestlé are well aware of the labour problem in cocoa cultivation. Historically, this problem has led to diversification: when cocoa has become difficult to cultivate, planters have turned to other products. Although such diversification may be good for farming communities, it spells bad news for buyers of the raw material. This has led to multinationals intervening under the banner of sustainability to prevent diversification away from cocoa. Their “sustainability” programmes are ostensibly designed to combat child labour, slavery or trafficking or labour. They are, however, in fact productivity-boosting programmes with token anti-slavery components.

It is no longer sufficient merely to show that child slavery exists in cocoa farming in West Africa. To have any chance of combating these practices, campaigners must invest time and effort to truly understand the processes and conditions that create them.