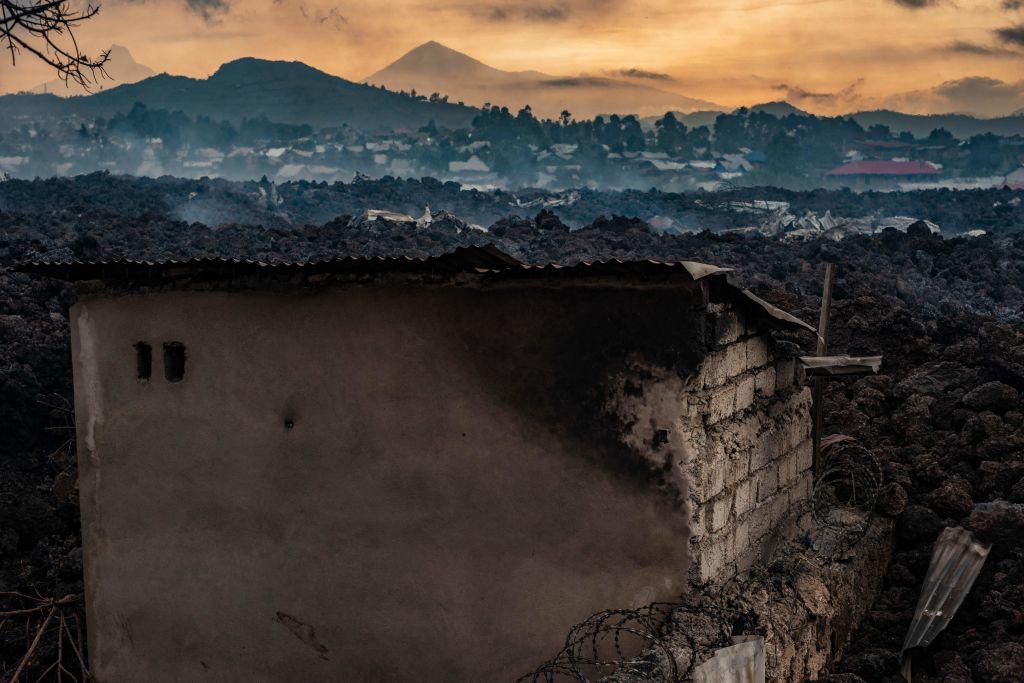 Seismologists in the Democratic Republic of Congo (DRC) were still reporting earthquakes around the Mount Nyiragongo volcano a week after it erupted. The original eruption killed at least 32 people and tens of thousands had to flee the area. The Conversation Africa’s Moina Spooner asked earth scientist Paolo Papale to explain the particular conditions in the Virunga volcanic chain and what makes it particularly dangerous.

What makes this volcano particularly dangerous?

Mount Nyiragongo is part of the Virunga volcanic chain and owes its existence to the activity of the African Great Rift. The rift is constantly extending and opening. In a few tens of million years it will have led to the creation of a new ocean separating the bulk of the African continent from its present eastern portion.

We can see what the future would look like by observing present-day Madagascar, which was once attached to continental Africa.

The peculiar location of Mount Nyiragongo on a highly active segment of the African rift favours quick ascent of magma (molten material) from about 100 km beneath the Earth’s surface, and extreme fluidity of lava. That is one major reason of concern, as the lava flowing on the upper volcano flanks can be extremely fast and impossible to escape.

The eruption of 2002 was caused by a sudden episode of rift opening. Estimates were that 100 people had died and up to hundreds of thousands were forced to flee from the town of Goma and from the villages on the upper volcano flanks.

About 16 km of fractures formed from the summit towards Goma and lava poured out from several locations along it, including from the outskirts of Goma. The Nyiragongo lava flowing from vents at lower altitude tends to be more viscous and slower. It gives people time to escape, but its stickiness is also more destructive to buildings in its path.

This time the fractures and vents weren’t at such a low altitude. The lava hasn’t reached the city yet.

Other dangers associated with rifting, and volcano activity in the region, are:

How well did the government cope? Was it better than 2002?

Before and during the 2002 eruption the Goma Volcano Observatory did an excellent job with few resources, in terms of instruments and funds. In spite of having only three very old seismometers recording on paper, they were able to raise the alarm that the volcano was about to re-awaken days before the eruption occurred on January 17.

Unfortunately, the political situation at the time wasn’t favourable. Rwandan military forces were occupying the area and a local government was in place that had a complex relationship with the national government in Kinshasa. The alarms by the volcanologists remained unheard. The result was that hundreds of thousands of people fled across the Congo-Rwanda border and nearly as many found themselves homeless after the volcano erupted.

The crisis was then managed by the United Nations. Days after the eruption it sent the first group of international scientists to the site. It then maintained a year-long programme of international cooperation involving Congolese volcanologists.

The eruption in 2002 triggered substantial international support and many scientific papers. Some warned about the danger of rebuilding the city along the 2002 eastern lava flow originating close to the Munigi village. They suggested measures to protect the city against future lava flows.

As far as I am aware, this advice wasn’t followed. The city was rebuilt above the 2002 lava flows and expanded to four times.

During the last few years the management of the Goma Observatory has been largely organised from Belgium by the Royal Museum for Central Africa, the European Center for Geodynamics and Seismology and the National Museum of Natural History of Luxembourg.

Earlier this year the World Bank suspended funding to the observatory, which was then forced to stop several monitoring activities. In spite of that, the observatory communicated to the authorities about 10 days in advance that the level of seismicity was raising and a new eruption might be possible.

Once again, as far as I know, that warning remained unheard.

What must be done to protect communities?

The social and political conditions in Eastern Congo are extremely difficult.

Read more: Violence is endemic in eastern Congo: what drives it

Still, the communities in and around Goma must be protected from the volcano; the humanitarian disruption from hundreds of thousands of homeless people must be prevented; and the political instabilities following massive and uncontrolled country border crossing must be avoided.

The rifting process and the eruption of magma can’t be controlled. Under such conditions, one should either relocate the town, which would be extremely difficult for a town the size of Goma (which also has a strategic location and political relevance), or at least reduce the risk to controlled levels.

Following the 2002 eruption we at the National Institute of Geophysics and Volcanology in Pisa, Italy, started a programme of hazard evaluation and risk mitigation from lava flow invasion in Goma. We used numerical simulations of lava flow invasion to identify and characterise the most efficient and effective artificial barriers that would maximise shielding and protection in town.

It is clear, however, that the local and national governments need to be more aware of the risks from tectonic rifting and from the volcano. And the Goma Volcano Observatory should receive the resources and independence to fully operate as the sole authoritative reference for the local authorities and international partners.