Kalaazar is neglected because it is a disease of poverty 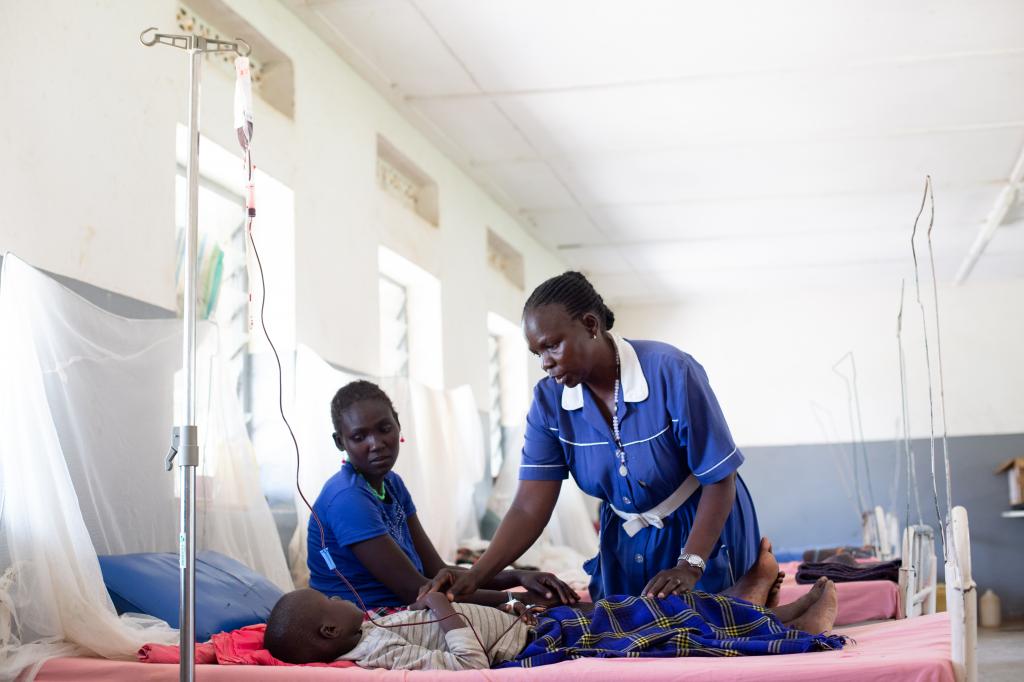 Eleven years ago, in the rugged hills of West Pokot County in Kenya, Mary Alamak, a mother of four, fell ill with the parasitic disease kalaazar while she was pregnant. Her weight fell from 80 to 45 kgs in a matter of weeks. She feared for the life of her baby and her own. At the Kacheliba District Hospital, she could get diagnosed, and treated with AmBisome injections. She was cured and regained weight — and her baby was saved.

I have met many patients like Mary in my 30-year experience in the field.

Across Kenya, Sudan and Ethiopia, weak and feverish patients are being taken to hospitals by their worried families, stricken by a parasitic killer. It might sound like malaria, but these patients are in fact affected by a lesser-known parasitic disease, visceral leishmaniasis, also known as kalaazar.

Kalaazar is the second deadliest parasitic killer in the world after malaria. The World Health Organisation (WHO) estimates that 50,000 to 90,000 people globally are infected each year. Without treatment, it is almost always fatal.

Decades of efforts by ministries of health, doctors and medical organisations have led to great advances in controlling the disease. Better treatments have been developed and the number of cases has been greatly reduced in some parts of the world, particularly in South Asia.

In Kenya, there was significant progress in 2021, “…the first in many years during which an annual outbreak of kalaazar… did not occur,” said Dr Sultani Matendechero, head of the neglected tropical diseases division of the Ministry of Health in Kenya. But to maintain this progress, access to diagnostic test kits and efficacious treatments must be sustained.

This is now under threat. Kalaazar, already one of the most neglected diseases on the planet, is in danger of becoming even more neglected.

To raise the alarm, the health ministries of Ethiopia, Kenya, Sudan and South Sudan, Doctors Without Borders (MSF) and my own organisation, the Drugs for Neglected Diseases initiative, recently issued a call to action in a comment piece in the BJM journal.

We wrote the commentary to highlight the fact that the environment – including the diagnosis and treatment – that saved Mary’s life and countless others is under grave threat.

This is due to a perfect storm of indirect effects of the COVID-19 pandemic, disengagement by pharmaceutical companies and major donor budget cuts. Combined, these are putting tens of thousands of lives across Eastern Africa at risk in countries where the disease is endemic.

About to become more neglected

First, kalaazar control progress is threatened by an acute shortage of an important “second-line” medicine given to patients when the standard treatment does not work. Known as AmBisome, this anti-fungal treatment is used for vulnerable kalaazar patients such as pregnant women or for severe cases. Recently it has been used in India to treat the deadly ‘black fungus’ disease seen in COVID-19 patients.

Faced with increased global demand, generic manufacturers have not been able to produce enough doses.

At the same time, the US pharmaceutical giant Gilead repurposed its AmBisome manufacturing plant to produce a broad-spectrum antiviral named remdesivir. This new situation is not having an impact yet on supplies in eastern Africa yet, but doctors in Ethiopia, Sudan and South Sudan, where the kalaazar peak season is about to start, are expressing deep concerns.

A second threat comes from the drastic cuts announced by the UK foreign aid budget last November. These cuts have already led to the termination of an important programme for neglected tropical diseases. This included funding for the purchases of a life-saving kalaazar drug.

Unless other funders step up soon, thousands could die.

Diagnostics is another major cause for concern. The American diagnostics company Bio-Rad announced that in 2022 it will discontinue production of the “IT-leish” rapid test. It is the only test with high enough sensitivity in Eastern Africa to detect kalaazar in Eastern Africa.

Without adequate diagnostics, tens of thousands of kalaazar cases will go undetected.

Bio-Rad argues that it is too expensive to comply with the new European requirements for rapid tests such as IT-leish. But the consequences will be catastrophic if no solution is found to transfer these technologies and produce the tests on the African continent.

“We urge the international community not to turn away from this fatal illness and the people it affects. Lifesaving funding and access to the best tests and medicines are absolutely critical for tackling the disease,” wrote Dr Mousab Siddig Elhag, an neglected tropical disease advisor from the Ministry of Health in Sudan, a country with one of the highest kalaazar burdens in the world.

He recently urged the international community not to turn away from the fatal disease.

Kalaazar is neglected because it is a disease of poverty: Transmitted by the bite of a female sandfly, it affects the poorest communities who are often living in arid and semi-arid areas.

Kalaazar epidemics are aggravated by climatic conditions, co-infections such as HIV, and population displacement such as large refugee movements during conflict. For example, in the months following the onset of the 2013 civil war in South Sudan, MSF observed a “major outbreak” of kalaazar in the Lankien region – the number of patients MSF treated more than doubled in a year.

A similar outbreak is now feared in Ethiopia, where the devastating Tigray civil conflict is causing malnutrition, displacing millions, blocking aid and where 400,000 people are facing famine-like conditions according to the UN. The closure of clinics is impacting kalaazar programmes.

Tens of thousands of lives are at risk. We need to act now. Donor and kalaazar endemic countries must step in. The industry must prioritise kalaazar treatment and diagnostics production. The consequences of any other course of action will be no short of a humanitarian catastrophe.