Cheers, agriculture is finally a political agenda in India 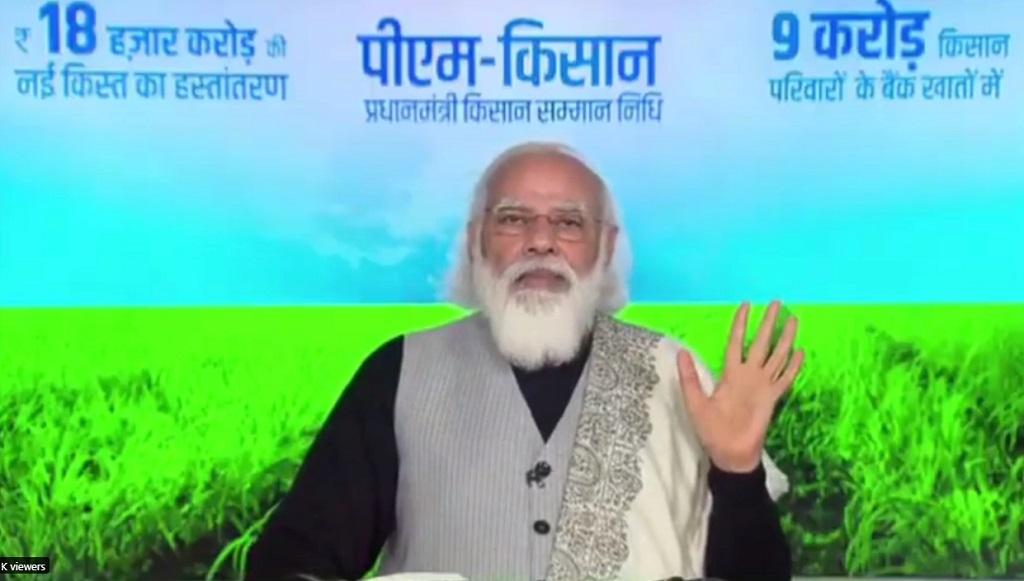 One can’t miss the symbolism in Prime Minister Narendra Modi’s address to farmers amid the protests in Delhi. On Christmas Day, he pushed a button to directly transfer Rs 18,000 crore to farmers’ accounts under the PM Kisan scheme.

At that moment, I remembered Santa Claus’ fabled gifts and instantly corrected myself. May be it was just an impression expected in this festive season. But the next moment, Modi said: “On Christmas Day, this is a gift to farmers”.

Modi virtually addressed some 80 million farmers according to the claim of the the Union Minister for Agriculture and Farmers’ Welfare. That means he addressed over 50 per cent of India’s total farmers engaged in cultivation. This makes his address ‘historic’, a term that is officially attributed to almost every step or decision he takes.

He assured farmers that their fears of the government doing away with the minimum support price regime and the corporatisation of agriculture were misplaced. “The government is not doing that,” he repeated many times.

However, a significant part of his address was devoted to opposition parties’ “politicisation” of the farmers and their concerns. He listed one point after another about how those in the opposition or the non-Bharatiya Janata Party (BJP) outfits had been using the farm crisis to remain relevant in politics.

“Nothing happened when they were in government for decades. Small farmers became poorer and they kept on winning elections. My government is adopting a new approach to agriculture. This is a threat to their existence,” he repeated many times, while listing all the schemes of his government.

In his interactions with farmers — chosen from all regions of the country including north, south, northeast, east, west and central — he probed them on two key concerns: “Did doing business with private players lead to you losing your land?” and “Did you not earn more by selling outside the government-regulated markets?”

The farmers interacting with him replied in the negative. He requested them to spread the message in their villages.

But while accusing opposition parties of “politicising” farmers’ issues, he set the agenda that one can cheer about: Bringing farmers and farming into the mainstream political discourse.

He mentioned how the West Bengal government had not implemented the PM Kisan scheme. In this election-bound state, the BJP is aspiring to dislodge the ruling Trinamool Congress government led by Chief Minister Mamata Banerjee.

He mentioned about why Kerala had not set up Agricultural Produce Market Committees till now though its ruling party was supporting farmers in Delhi and Punjab. The BJP is aspiring to make inroads in Kerala.

He also mentioned how in the Rajasthan local elections, those opposing the three farm laws had actually lost. “Electoral verdicts support our laws,” he said.

But here is the development to cheer. A farmers’ agitation has grabbed the prime minister’s attention, in such a way that he had to resort to this spectacular event to address concerns. By making it a ruling-opposition political parties’ issue, he has brought agriculture into the political discourse.