How India can be ‘atmanirbhar’ for edible oil production

In 2019, India imported around 15 million tons of edible oils worth approximately Rs 7,300 crore 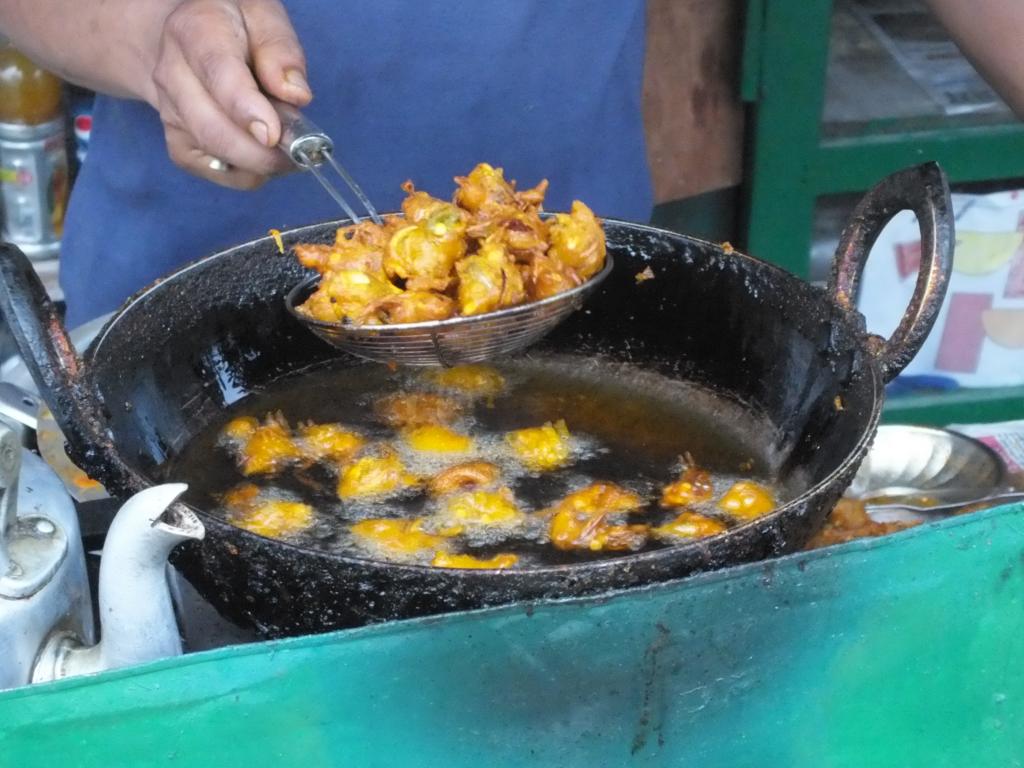 Edible oils are indispensable in the Indian kitchen. But it might be surprising to many that India imports most of the oil it consumes, unlike most other agricultural products which are produced locally.

Even after having a diverse agro-climatic conditions, abundant land and large sections of population depending on agriculture, why does India have to import edible oils? What is the burden of importing edible oils on the government’s exchequer? What can we do to boost the domestic production of edible oils?

Leaving aside the debate on the health effects of increase in oil consumption and its role on prevalence of lifestyle diseases, let us examine the demand-supply position of edible oils in India.

India cultivated oilseeds on 25 million hectare of land, producing 32 million tons of oilseeds in 2018-19, with soybean, rapeseed and mustard and groundnut accounting for almost 90 per cent share in the area.

Assuming a country-wide average of 28 per cent oil recovery, 32 million tons of oilseeds will yield around 8.4 million tons of edible oil. The domestic production can only meet a little over 30 per cent of the total demand for edible oils, necessitating its import.

In 2019, India imported around 15 million tons of edible oils worth approximately Rs 7,300 crore, which accounted for 40 per cent of the agricultural imports bill and three per cent of the overall import bill of the country.

The palm oil is primarily sourced from Indonesia and Malaysia, soya oil from Argentina and Brazil, whereas Ukrain and Argentina are the major suppliers of sunflower oils to India. 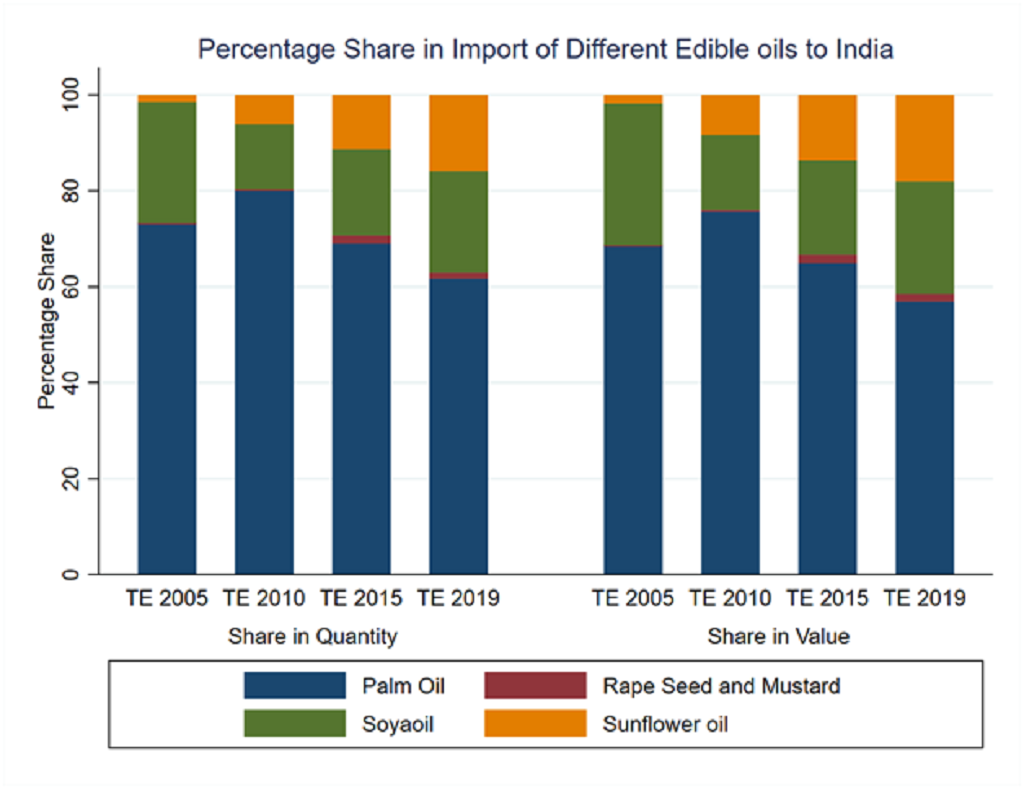 Apart from a significant burden on the government's exchequer, dependence on the international market for edible oils causes price volatility affecting both the consumers and producers.

For instance, labour shortage in palm oil plantations of Indonesia and Malaysia, drought in Argentina affecting soyabean production, lower production of sunflower crops in Ukrain and rigorous buying of edible oils by China,  impacted price of edible oils in domestic as well as international markets in later part of pandemic year. Subsequently, the government has to reduce import tariff of palm oil by 10 per cent in November to ease the domestic price.

For instance, Technology Mission on Oilseeds and other policy initiatives have helped India increase the area under oilseeds in India from 9 million tons in 1986 to 32 million tons in 2018-19, though not sufficient to meet the domestic demand.

Several other initiatives like Oil Palm Area Expansion under Rastriya Krishi Vikas Yojana, increasing the minimum support prices of oilseed crops, creation of buffer stock for oilseeds, cluster demonstration of oilseed crops, etc are being implemented by the government to boost the domestic production.

Based on a rough estimate, 3.6 million tons of additional oils can be produced by means of bridging the yield gap, assuming 1.5 tons per ha as a realizable yield. This requires the wide scale adoption of improved agricultural technologies like quality seeds, optimum use of agro-chemicals and better management.

Farmers need to be made aware about these newer varieties and provided with access to good quality seeds. Cluster demonstrations and other extension activities in this line can be promoted.

India can also think of expanding the area under oilseed crops by utilising fallow land. India has 11.7 mha of rice fallow, which can be used for the cultivation of safflower and mustard crops, which don’t need much water.

Alternatives such as rice bran oil is gaining popularity amongst the urban consumers, as it is known to reduce the risk of heart diseases and type 2 diabetes. Rice bran constitutes about 8.5 per cent of the total production of rice and has around 15 per cent content. Around 2 million tons of edible oil can be produced using the available rice bran.

Cotton seed is also a promising source of vegetable oil and has an untapped potential. Approximately 1.4 Mt of oil can be augmented with cotton seeds.

According to studies, India has the potential to expand the area under oil palm by 1.9 million hectares, which can produce around 7.6 million tons of additional edible oil (Ministry of Agriculture, 2018).

However, palm oil has a long gestation period, harvesting of the crop is challenging and oil palm is water guzzling crop.

India has tinkered with tariff rates very frequently in the recent past depending on the demand-supply situation and domestic prices to regulate the imports and to protect the interest of the consumers.

However, this is a myopic strategy and in the long run, India will gain by having a stable export-import policy. For ensuring proper price signals to increase the domestic production of edible oilseeds, a stable tariff structure is needed.

A stable and equitable trade policy with clear direction will provide clear price signals for different market stakeholders and boost the domestic production of oilseed crops.