Breaking the impasse of 2013

When I look back at 2013, I hear a cacophony. There was huge dissent about the way we are mismanaging coal reserves; the Supreme Court shut down iron ore mining in Goa; there was outcry about rampant sand mining and the havoc it is wreaking on rivers. There were equally loud calls for the need for green clearance to all projects, from hydropower projects in the Himalayas to mines in dense forests of central India. One side wanted to shut everything; another wanted to open up everything.

The polarisation was absolute. This has not benefited the environment’s cause; it has certainly not changed the way we will manage our natural resources for sustainable and inclusive growth. This impasse does not work. 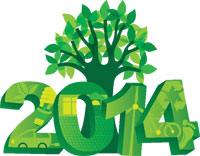 Take the issue of hydroelectric projects in the Himalayas. The dam-builders-engineer lobby wants no restraint on construction of projects in this fragile ecosystem. In the Ganga basin alone, some 70 projects were on the cards, to generate 9,000 MW. These projects together would ‘affect’—humanly re-engineer—some 60-90 per cent of the river’s length and would dry up stretches completely. There was no method in this madness.

On the other side, there were equally strong views against hydroelectric projects. The arguments ranged from religious beliefs—construction would harm Ganga’s purity—to environmental concerns about the vulnerability of the Himalaya. The disaster that shook the mighty mountains killed over 10,000 people and brought down buildings like a pack of cards reinforced their view—rightly so. The Union Ministry of Environment and Forests stepped in and declared the region as ecologically sensitive. Under this notification, no hydroelectric projects would be allowed and construction of any other building would require permission from the ministry in Delhi.

But this is not tenable. Firstly, the ministry has no capacity to take environmentally sound decisions while awarding clearances to projects. It has absolutely no ability to ensure that conditions it imposes on the cleared projects are adhered to. It has run its own internal systems to the ground; twisted each issue, only to cause bureaucratic delays. With it’s current acumen, the ministry cannot implement the eco-sensitive zone notification.

Secondly, the notification in its current form will only lead to more corruption during clearances; more resentment against the environment as genuine needs of the poor will get affected. Eventually, all the dams will be back. The Himalayas will become even more vulnerable and damaged. Local communities will suffer.

So in 2014, we need a different and more nuanced approach. In this case, it would mean accepting the fact that producing energy from flowing rivers is both a clean and renewable source of power as well as an important resource for the Himalayan states. It cannot be argued that no dam should be constructed. But projects that kill the river or damage the ecosystem should not be allowed under any circumstance. This is non-negotiable. And, this can be done. For instance, we at the Centre for Science and Environment have done exhaustive calculations that show that rivers can sustain generation of hydropower, provided we agree to set aside 50 per cent of the total flow for six months of the lean season and 30 per cent during high discharge monsoon season. Hydropower projects will need to be re-engineered so that they utilise water that the river can afford to part with—and not take all it has. We reckon that this will mean reduction in the number of projects but it will still mean the region will generate substantial power. We also advocated that small hydroelectric projects—up to 25 MW not be considered green unless their construction is strictly regulated. The first right to energy should be given to people who live in the Himalayas, it should not be exported far and wide.

But any change we desire in 2014 and beyond will not be possible if the institutions for regulation, monitoring and enforcement are not substantially revamped, and strengthened. At the start of 2014, the Supreme Court has directed for a new green regulator. But in the current state-of-affairs, this will only add to convoluted and delayed decisions. We need to be serious about this institutional reform. One, we need to make clearance assessment more coherent and comprehensive by linking environment, forest, coastal and wildlife aspects of each project. Two, bring much greater transparency in decision-making by making public hearing and prior informed consent processes open and visible and by ensuring that committees assessing projects are accountable. Three, bring sharp and total focus on monitoring for compliance and enforcement and build capacity to do this. This will require substantial revamping and strengthening of state pollution control boards. It will also need investment in monitoring systems that allow people to know about the state of their forests, river or air.

In 2014, we must build institutions that can bring the environmental discourse to fruition. This is the agenda for the future.