Why political justice is ignored in countering Naxalism in Chhattisgarh 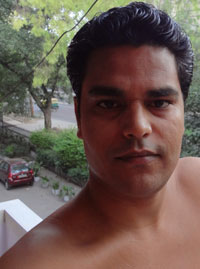 On March 12, Chhattisgarh was on the front page of all leading national dailies, thanks to yet another Naxal attack. The attack claimed the lives of 16 CRPF jawans the previous day in Sukma. The Union home minister virtually repeated the statements he made last year after a Congress party convoy was ambushed in Darbha Valley: he announced a probe by the National Investigation Agency and threatened retaliation. Most leading dailies took up the issue in their editorials on March 13; they carried regular follows-ups and detailed analyses. Policing stalwarts from K P S Gill to E N Rammohan as usual asserted that governments are not serious in tackling the Naxal issue. But is the formal system really serious about the issue? The legislature, judiciary or even the media?

The Naxal issue in south-central India is no doubt far more complex than the insurgency in the country’s north-east or in Jammu and Kashmir. No one expects quick-fix solutions, but certain amount of empathy and sincere action is expected from all segments of democratic polity. The fact that Indian intelligentsia is predominantly left-leaning narrows the chances of objective discussion on left wing extremism. If major proponents of police reforms in the country are hawkish about Salwa Judum, mainstream academia is largely sympathetic to Naxals for all practical purposes. There are more Naxals in Delhi than in Dandakaranya, Shubhranshu Chaudhary of CGNet, an online platform to discuss issues related to Central Gondwana, remarked in jest two years ago. His statement created quite a controversy, but hardly any major publication bothered to delve deeper. Another opportunity to look at the larger issue of tribal rights was lost. Anyone who tries to count public figures who maintain equal distance from State’s and Naxal’s viewpoints will realise there are just too many fingers on one’s hands.

Ever since the prime minister declared Naxalism the biggest internal security threat, governments have thrown their weight behind the peace-through-development doctrine. No amount of empirical evidence on the inefficacy of schemes like Tribal Sub Plan, Backward Region Grant Fund and Integrated Action Plan convinces governments of their follies. The security-and-development-first approach dominates. Minister for Rural Development Jairam Ramesh does accept that certain other aspects like political participation are crucial but the necessity to amend historical injustices, to attain peace through political justice, is still lost on liberals. 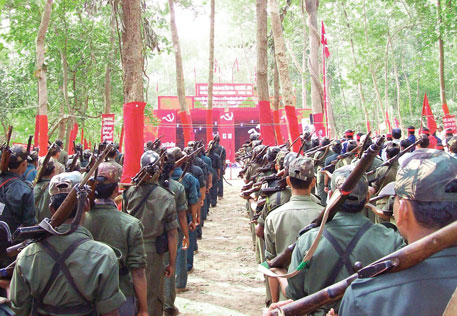 In the past few years, the Tribes Advisory Council (TAC) has been held up as an institution to safeguard tribal interests. Tribes Advisory Council, provided for in Fifth Schedule of Constitution, is a review mechanism of regular state action to safeguard tribal interests. Much drama has since taken place on this issue. First, Kishore Chandra Deo started writing his famous series of letters to governors of states with scheduled areas therein. Then, first ever walkouts by TAC members happened in Jharkhand in 2013, over refusal by the Chief Minister to take up Nagdi land acquisition issue for discussion. In between, the Union government supported Chhattisgarh’s claim in the Chhattisgarh High Court that governors don’t have discretionary power under the Fifth Schedule. The court accepted the state government’s stand in its order. Union ministries of tribal affairs and law and justice exchanged letters, and the latter issued a clarification correcting the Centre’s stand. The Centre, though, did not bother to appeal against the court order. The irony is that though Margaret Alva-led group of governors has recommended drafting of uniform Business Rules of TAC, a tribal rights activist is being attacked by the State of Chhattisgarh in Supreme Court—represented by the formidable advocate Harish Salve—for advocating similar rules.

When Chhattisgarh’s last director general of police (DGP) retired in January, the state government tried to bring in an additional director of Intelligence Bureau (IB) as his successor—to deny promotion to the only eligible candidate in the state cadre, known for his brutal honesty. A public interest petition was filed in the High Court highlighting violation of provisions of state police act and guidelines of the Supreme Court regarding the selection of DGP. The petition was dismissed on technical grounds but the Union ministry of home affairs and the department of personnel and training took note of the legal issues in the PIL and delayed the process of relieving the IB officer in question. But the Chhattisgarh government was insistent on not promoting the eligible candidate; it handed over the police headquarters to a relatively junior officer. In February, the Election Commission issued a directive, in response to a formal complaint, to fill the post of director general of police in view of general elections scheduled for April. It was then that the Centre and the State reached a compromise. The home ministry relaxed a 1999 guideline, allowing the state’s chief secretary, an hour before he retired on February 28, to promote the third senior most IPS officer to DG rank. After the March 12 incident, there have been usual accusations of intelligence lapses by the state police and CRPF. The blame game, though, is much subdued this time than in May, 2013, when the outgoing director general of CRPF had shot letters to rein in the intelligence chief of the Chhattisgarh Police. If news reports (The Hindu) are to be relied on, this officer is widely known for his ham-handedness and also for the rare distinction of enjoying extreme confidence of both former chief minister Ajit Jogi and current Chief Minister Raman Singh. Indiscriminate phone tapping and several other complaints against state intelligence bureau, which this officer has supervised for more than four years despite colossal failures and rank promotion, have reached the Election Commission. News reports also suggest that there was a fear that if the honest officer became DGP according to rules, cleansing at police headquarters will ensue, which troubled power corridors no end.

Editorials in major dailies have discussed the need to review the strategy in anti-insurgency but no one has sought accountability for collusion between New Delhi and Raipur in politicising the police force. There are a few references about the tardy action on the requirements of the Constitution’s Fifth Schedule, but again no editor informs that there is utter confusion in Delhi over its interpretation. Two Attorneys General Soli Sorabjee and Goolam Vahanvati have given opposite opinion on the matter. Unless this confusion is adequately highlighted, rhetoric will prevail. It is this hypocrisy that allows mandarins at Raisina Hill to send hawkish security-wallahs as governors to a state that achieved statehood without a drop of blood being shed.

Myopic, smug and utterly brahminical managers in North Block continue to stall review of formal approach to tribal rights but are more than willing to collude with Chhattisgarh over Salwa Judum and suchlike to facilitate loot of minerals.

B K Manish is a tribal rights activist. Facts stated in this article are based on reports in the Raipur editions of major dailies or of Chhattisgarh correspondents. Views are that of the author’s