A kacha road leads to the additional Public Health Centre (PHC) in the middle of a mustard field in Chilahariya village of Sirsia block—the most backward of the five blocks in Uttar Pradesh's Shravasti district which borders Nepal. The health centre has no running water facility in its labour room. Electricity plays truant and there is no power back up.

Fifty-year-old Nuzhat Aara, the nurse-midwife who lives alone here often uses kerosene lamp to light the room if she needs to assist deliveries at night. The PHC has no incubator or warmer to keep a new born. Not even the new baby corner which has a 200 watt bulb to keep the child. Aara uses water from the nearby hand pump to maintain hygiene but the water looks contaminated; it is yellow-coloured. “During rainy season, the road in the front sinks, making it difficult for pregnant mothers to reach the place,” said Aara. She complained many times to officials but in vain.

Facilities in other parts of the district are more or less the same. It is not surpising then that Shravasti has the highest Infant Mortality Rate (IMR) of 103 per 1,000 live births. Shravasti has more credits to its name—it has state’s highest birth rate at 40.9; its literacy rate at 49.13 per cent is the lowest in UP;  female literacy in the district at 37.07 per cent is one of lowest in India.

What could be the reasons for such poor social and health indicators? One need not search far for them. There is no district hospital to cater to the population of 1.1 million—the hospital building is under construction. What's more there is not a single gynaecologist in the entire district.

The list of non-existent staff and facilities is quite long. There is only one paediatrician, no anaesthetist, no pathologist and no radiologist. There is no facility for blood transfusion in the district. General physicians are running the entire show. Of the 75 posts sanctioned for doctors, 36 are vacant. The few who are posted to fill up these posts are not qualified. They are given a few months training to manage the work. Ambulances are lying unused as all the posts of drivers are lying vacant. 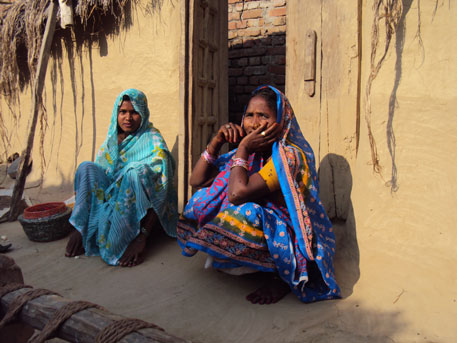 The district has five Community Health Centres (CHCs), one Public PHC and 12 additional PHCs. Many of the sub-centres and additional PHCs are not recognised for performing deliveries due to the lack of proper infrastructure. Only immunisation can be done there.  Even CHCs, the biggest health centre in a block, are no better. The CHC in Malhipur village in Jamunaha block of the district is a big two-storey hospital. You enter and there are separate rooms for doctors of various specialities. But instead of doctors, huge locks and massive spider webs on the doors greet you. The CHC is run by only two general physicians. On February 2 when I visited the CHC, only one physician was present. There was no staff nurse. There was only one admission that day. A five-month-old infant was being given fluids through drip to treat severe diarrhoea. The baby boy was accommodated in a small two-bed ward with tattered mattresses and dirty floor;  syringes were strewn all over. It is the only ward open for public now. The two big wards upstairs were locked.

The female ward of the CHC is run by three nurse-midwives. Of the 2,108 deliveries conducted at the CHC between April last year and January this year, 108 infants were still born. Staffer Poonam Rani blames it on high anaemia in women. “Around 60 per cent of the women we receive are anaemic. As a result they usually deliver premature or low birth weight babies who have slim chances of survival,” she said.

I ask why the women are anaemic and am dumbfounded by the explanations given by the women. One such woman is Lal Dai of Padwalia village, who like many other women in the district has never been to school. She seems to be in her 50s. Dai does not let her daughter Prem Kumari who is nine months pregnant with her first child eat nutritious food. “If she eats a lot, the baby in her womb will get fat and would get stuck at the time of delivery. I do not want my daughter to go through any operation,” said Dai showing her tobacco stained teeth as she smiled. Worse, Kumari has not got her haemoglobin checked even once. Well, even if she had, her mother would not have let her eat iron tablets which are anyway in short supply in the district.

The complicated cases are referred to the nearby district of Baharaich which is 60 km away. Uttar Pradesh’s trademark bad roads make the journey slow and difficult. So, many a time the baby and woman die on the way.

Superstitions, too, have taken their toll on many infants. In Sirsia block people prefer taking a sick infant to the ojha (witch doctor). “Dawa se zyada dua pe vishwas hai,” said Arif Khan in his fifties in Padwalia village. “By the time the child comes to us, he or she is in very bad condition, making it difficult for us to save the child,” said Shamim Ahmed, chief pharmacist at the Padwali village PHC, as he wrote prescriptions to the few who chose to visit him for treatment.

High birth rate in the district is another big problem. “Before a woman can recover from the first pregnancy, another child starts taking shape inside her,” said Rani. People here still think that it is God who gives them the child and they have no control over it.

I wondered what the grassroot health workers under the National Rural Health Mission (NRHM) were doing in the district if this is the level of superstition prevalent. I soon got my answer. Many anganwadi workers who are entrusted with the task of distributing multigrain flour—panjiri or poshahar—to pregnant and lactating women are selling it in the market. “What do I do? I have to pay a bribe of Rs 500-800 to the contactor when I go to get the month’s supply. I have to sell it in the market for Rs 120 per sack to recover that money,” said an anganwadi worker. Anganwadi workers have also failed to raise awareness about the importance of multigrain flour. The poshahar (literally means nutritious food) is jokingly termed as pashu-ahar (animal feed) in many villages because they mix it with animal feed and give it to cows as it improves quality of milk. 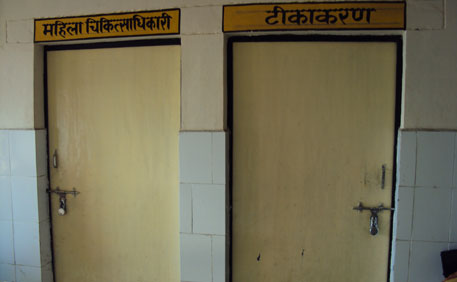 Many women like Thela Devi in Padwalia village do not even know the names of their ASHA worker. Under National Rural Health Mission (NRHM), accredited social health activists (ASHAs) are supposed to do many jobs, including counselling women about mother-child care, breastfeeding, immunisation and institutional delivery. But they seemed only interested in institutional delivery because that fetches them Rs 600 instantly. “ASHAs come only when the delivery date is close and leave their mobile number with the instruction to contact them when labour pains begin,” said Devi.  They do not show their faces after that, added Devi who delivered all her five kids at home with the help of her mother-in-law. Only three of her children survived. ASHAs say they want fixed monthly income instead of performance-based incentives as there are irregularities in crediting of money in their bank accounts. Of the 20,194 births in the district last year, only 17,719 were institutional.

In the absence of a qualified paediatrician many women like Noorjahan of Sirsia village have lost their healthy infants to pneumonia and diarrhoea. “My daughter had stopped responding to treatment given by doctors at the CHC. She had high fever and severe loose motions,” said Noorjahan. The treatment was very expensive becuase the doctors often prescribed medicines which needed to be purchased from private shops. Once I had to shell out Rs 670 on medicines for my daughter’s treatment which continued for 10 days,” said Wasim who is a local hawker and earns Rs 70 on good days. He has nine family members to feed. “One night she left us,” said Noorjahan, while tears rolled down her otherwise dry eyes.

When asked about these problems, the district's chief medical officer D C Lal  expressed helplessness. “It is new district formed 13 years ago. We are trying to get the infrastructure in place. We have advertised the doctors' posts so many times but no one is ready to come here because there are no educational and recreational facilities here,” he said.

The district is a living example of all that is going wrong in the country’s rural health programmes and gives clear clues on what needs to be done. Anybody listening?