Environmental governance in Sweden works because government, stakeholders and citizens work together to keep cities clean

A training programme in Stockholm sounded very appealing. For months I waited on tenterhooks, not sure if the trip would materialise. The wait ended on October 13, when I along with 24 other participants landed in the Swedish capital.  A chill in the air and an intermittent light drizzle welcomed us at Arlanda airport. The first thing I noticed on venturing out of the airport was the fresh air, a sharp contrast to the smoggy air I had left behind in Delhi. A bus deposited us at our hotel in Gardet in a jiffy.

The next day was spent sightseeing and going around Stockholm on a guided tour, organised by the Swedish Environmental Protection Agency (SEPA). Spic-and-span roads, neatly designed street furniture with functionalistic buildings overlooking them captured our interest. The city boasts of an immaculate transport network, which includes buses, trains and trams. What caught my fancy was the fleet of buses that run on biogas, generated by the city's sewage treatment plants. Biogas usage has resulted in a number of positive environmental and economic impacts in Sweden.

Our coordinator from SEPA, Ylva Reinhard, informed us that from the time of advent of biogas-fuelled public transport, carbon dioxide (CO2) emissions have reduced by around 31,00 tonnes a year, toxic carbon monoxide (CO) emissions have decreased by 384 kg a year and nitrogen dioxide (NO2) emissions have reduced by 21 tonnes a year. Besides minimising consumption of fossil fuels, biogas buses also contribute to the calm that prevails over the city because they make less noise compared to diesel run buses.

Guided tour over, it was time for training for the next five days. The training by SEPA was a mix of lectures and field visits. The monitoring and reporting system in Sweden is fairly simple. It is based on self-monitoring by industries. I found it peculiar when Bo Jansson from SEPA informed us that whenever there is emissions or effluent discharge above permissible limits, the industry concerned immediately calls SEPA and apprises them of the technical snag and SEPA and industry work together to rectify the problem—honesty truly seems to be the best policy there. 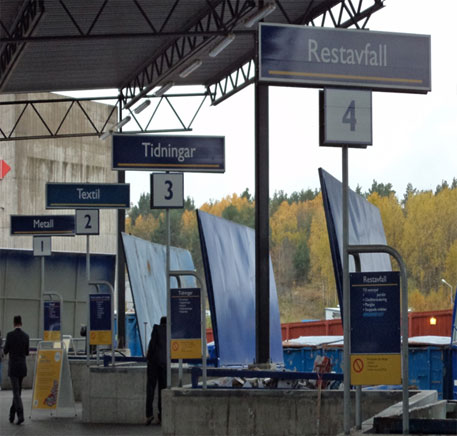 There was a complete trust relationship between environmental regulating agency and industries in Sweden. Our instructors from SEPA also told us that that the monitoring reports sent by industries are often genuine and reliable. One reason for this truthful reporting is attributed to the strong and active media of the country. The industries do not want to be caught on the wrong lest it brings negative publicity and harm their business.

The producer responsibilitiy in Sweden is applicable for products such as packaging (beverage bottles, for instance), tyres, electronics, cars, office paper, building and demolition waste and plastics. Some participants also tried their hand at EPR and collected bottles of beverage they consumed during their seven-day stay in Stockholm; they returned the bottles in a nearby store and got 1 Krona back for every bottle; they happily spent the money on buying souvenirs. EPR has been introduced in India for plastic and electronic waste, but the implementation mechanism is obscure. States like Madhya Pradesh have taken an initiative for electronic waste collection but many are yet to follow. 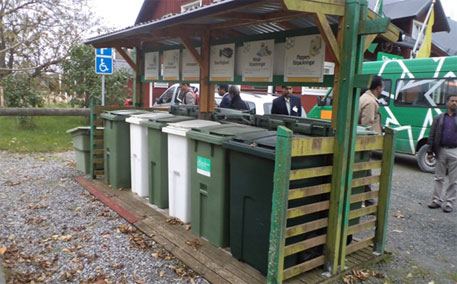 The success of environmental governance in Sweden stems from political will. Government plays an instructing and supervising role in initiating projects, programmes, making policies and many local self-governments create flexible and effective ways for accelerating public participation in their administration. The economic instruments to encourage people to take up responsibility to clean up the environment have also made great progress in Sweden. Today, almost 50 environmentally motivated instruments are used in Sweden to reach environmental objectives. Some of the economic instruments are CO2 tax, NOX charge and a congestion tax. The aim of the CO2 tax, for instance, is to reduce consumption of fossil fuels; its implementation since 1991 has resulted in lower consumption of fossil fuels in households and reduced use of motor fuels.

I came back from Stockholm with a greater understanding of the Swedish system of environmental governance, which works with the involvement of government, multiple stakeholders and citizens. As a developing country our priorities might be different—problems like poverty, overpopulation and illiteracy looms large. But it is also true that the poor face more risks from poor air quality, polluted water and degradation of natural resources. India should take a cue from the environmental management practices in Sweden and make environment a responsibility of every citizen, not merely through lip service but through positive action.