Business as usual or sustainable model: What is post-COVID-19 dilemma? 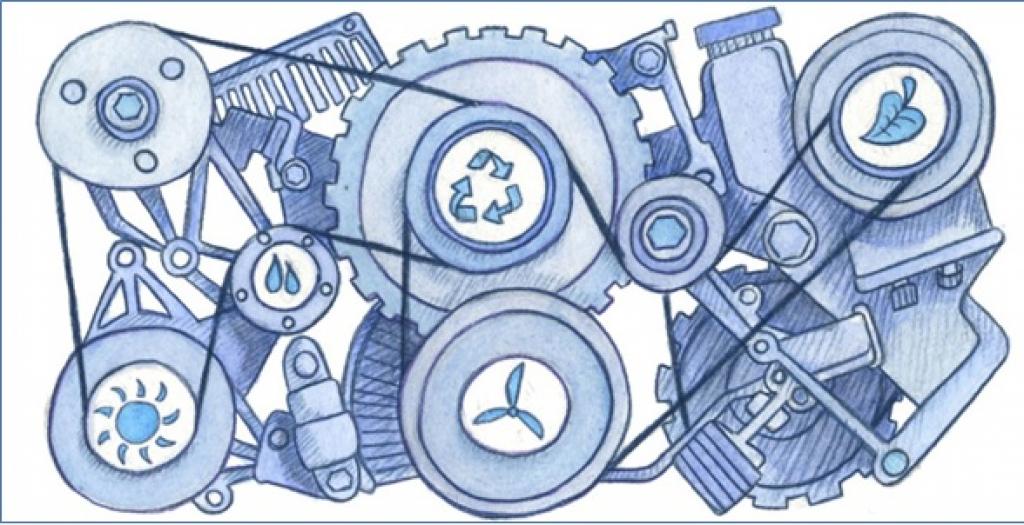 The novel coronavirus disease (COVID-19) pandemic helped curtail environment’s anthropogenic oppression — and that has many green crusaders and environment defenders like me rejoicing. We couldn’t achieve in decades what this virus has in a span of a few months.

Improving air quality in polluted cities; reducing the greenhouse gas (GHG) emissions by bringing industries to a standstill; repairing the ozone layer; healing the marine ecosystem; and noise pollution reduction — these are some major changes that are hard to miss. On the top of it, everyone now knows how many of our daily activities aren’t environment friendly, and why nature must be heard.

The same is reiterated in print, discussions, webinars and online lecture series with panels of seasoned experts. But the real sad part is in the end, all knowledge and recommendations are merely small talks. Little of these learnings have been pushed forward and there have been no major action.

What makes me say so?

The actions of some world leaders who are dutybound to take this world ahead, ‘with development’, and to whom most of the aforementioned experts provide sound council. But these leaders have a chink in their armour — they don’t understand that development has no upper limit. This exposes their innate human trait of not striving to change for the better unless the situation is dire.

My first concern stems from the scary agenda being drafted for post-COVID-19 economic development by some big world economies. It makes the situation grim, especially since it has “COVID-19 has taught me nothing” written all over it.

The call for bailouts by the most heavily polluting industries — fossil fuel based, agri-businesses, aviation, automobile, manufacturing, plastic and chemicals is not surprising — but the positive response these industries have received from world leaders is. My tolerant side can still comprehend this behaviour in case of the United States, owing to the reputation of its current leadership.

However, what has happened to the leadership in countries like Canada, China, Brazil, European nations, England, Indonesia and many more?

In recent months, many examples have demonstrated our inability to work towards a better future. Some that I came across are:

But the main issue is the demand for massive additional subsidies that are free from any condition(s) by these corporations.

Yet, there are a handful of examples that demonstrate that the COVID-19 crisis is an opportunity to re-plan development with environment protection and sustainability at its core.

Take the recent virtual meeting of all G20 finance ministers and Central Bank governors held on April 15, 2020. They all pledged to promote and support an environmentally sustainable and inclusive economic recovery — consistent with the 2030 Agenda for Sustainable Development.

Then there is the European Commission showing its urgency to further the public consultation on a new green finance strategy for reducing European Union’s GHG emissions to around 55 per cent of 1990 levels. There are plans to impose new requirements on businesses for reducing biodiversity loss and pandemics risks despite many EC states urging that Green Deal plan and emissions trading scheme be abandoned.

Germany too, rejected calls to ease the planned shutdown of its coal industry.

Countries such as Canada and South Korea are compensating with some good decisions as well. Recently, Canada rejected the call from Albertan companies to postpone an increase in the federal carbon tax.

So what does responsible governance for fostering sustainable growth looks like for a government?

To begin with, they should provide necessary financial stimulus to businesses who sign up for environmental and social safeguards in their supply chain while ascertaining that allocated funds / subsidies do not go to any business that operates on the business-as-usual model, which was the pre-COVID-19 model in most cases.

The 21st century environmental crisis is being led by climate change and our actions so far have only accelerated its early onset. We face ever increasing droughts, famines, ocean acidifications and extreme weather events.

If businesses contributing to these challenges are going under, then it might just be the right opportunity for global leaders to either ensure that such businesses are made to change their ways or to let them go under, while promoting similar businesses that have sustainability at their core.

The next step to fix economies in the post-COVID-19 world is commitment to developing business models that are more environmental friendly. A collective global response, free from the vestiges of our past actions, is required.

An active leadership across the political spectrum will go a long way in ensuring that due consideration is given to aligning future economic development to the commitments of COP21 and the Sustainable Development Goals.

World leaders must understand that promoting a green and sustainable economy is as important as protecting lives during COVID-19 or safeguarding people’s financial security by saving and supporting our current economies. There is a need to push an economic development model that is environmentally resilient and evolving, both globally and nationally.