Climate communication: Why it is so important in today’s world

Climate communication can demystify climate change and create awareness in a language that can be understood, empathised with and acted upon 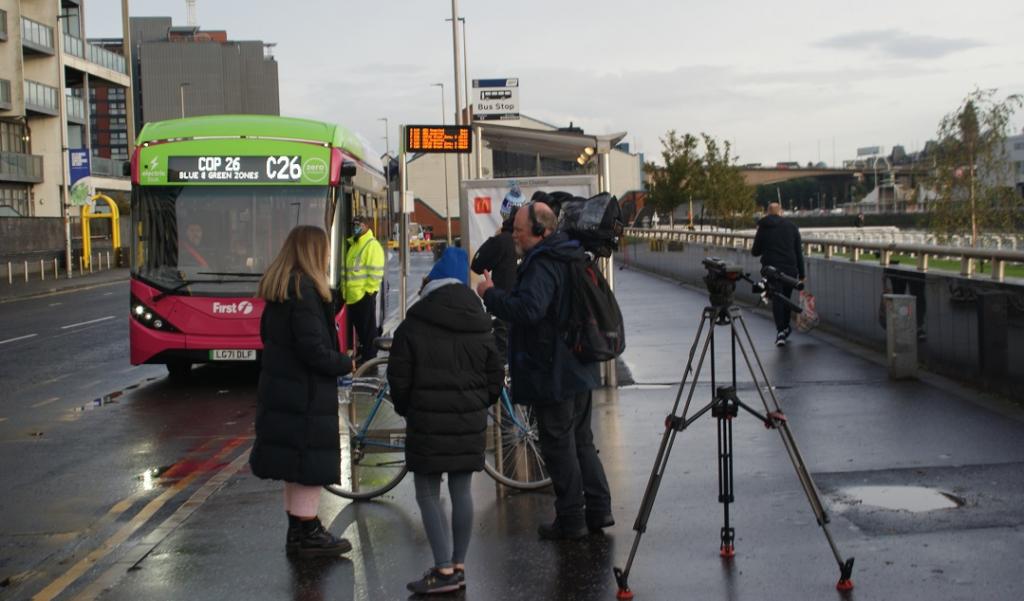 Conventional media is the primary source of spreading awareness. But it is important that new age media also be adopted to convey that climate change is real and happening right before our eyes. Photo: iStock

Extreme unpredictable weather, higher temperatures and changed rainfall patterns are being experienced by populations globally, regardless of whether this is recognised as ‘climate change’ by them. Data-heavy climate change reports provide evidence of this and are readily available for all to access. However, the question remains as to how many people are able to decipher these documents and are they reaching those most vulnerable to climate change?

The communication gap between scientists and communities can lead to inaction and incorrect action in adaptation and mitigation efforts. Thus, creating a need for consistent, clear and simple climate communication.

Communities often talk about climate change based on lived experiences and stories. Unfortunately, these are rarely captured by mainstream media. The narrative around climate change remains dominated by the politics and policies around it.

Reporting is centred around national and international negotiations and summits on climate change and national and state level plans and reports. These themes are important but have little direct impact on those experiencing the effects.

The media is a powerful tool to change this narrative and simplify and dejargonise the language of climate change. It can play an integral role in shaping public opinion and create a ripple effect by influencing behaviour and attitudes, spreading awareness and sharpening knowledge about climate change.

Media houses globally are recognising this and proactively altering the terms they use to communicate the urgency for action more effectively. For example, many now use climate crisis or climate emergency rather than climate change to express the pressing need for action.

Similarly, to address those believing in the counter narrative, the term climate science denier is used. The latter is an equally important step given how strong the lobby of disbelievers is and how potentially disastrous / damaging spreading misinformation can be in this case.

Conventional media remains the primary source of spreading awareness. But it is important that new age media and creative paths also be adopted to convey that climate change is real and is happening right before our eyes.

Social media, documentaries and audio / visual storytelling through maps, poems and art are all crucial to reaching the masses. Different audiences relate to different mediums. So, all available means should be leveraged to meet the larger goal of telling stories and demanding mitigation and adaptation action.

Other barriers resulting in inaction include a lack of motivation and the belief that individual action cannot bring about a difference. This arises from a lack of awareness and information on the issue.

We can overcome this by starting young and introducing climate awareness and action as a part of school curricula. This will help foster a spirit of responsibility and encourage action that reduces the impact of present and future changes and variations in climate.

As the impacts of climate change intensify, young climate activists are increasingly joining the movement and leading discussions, demanding action and inspiring others.

Encouraging community engagement is key to augmenting citizen-led transitions and increasing participation in climate action at the local level. The Sustainable Development Goals do embed public participation in their agenda. But this has yet to be achieved in practice. A strong engaging campaign can get people interested and aware and lead to more participation and problem-solving as a community.

It is people who depend on natural resources, who are most vulnerable to climate change but are also the best suited to lead the movement as they understand the land better than anyone.

This is increasingly being recognised by policymakers who are now incorporating this traditional and indigenous knowledge into adaptation plans. For example, in the Sundarbans, one of India’s most climate vulnerable regions, attempts are being made to involve the community in adaptation and conservation efforts.

Similarly, in the Amazon, tribes and communities are respected as guardians of the forest and lead adaptation efforts. Such stories of local champions can be used to showcase successful efforts and inspire others to act.

Political will and government support can also play a major role in encouraging action among communities. The government is working on addressing climate issues across levels — from the Centre to the district level — through the National Action Plan on Climate Change and state-specific adaptation plans.

However, neither of these include a significant focus on communication about climate change to the public. Also, despite the existence of these comprehensive plans, implementation remains suboptimal.

Enforcement of the climate action plan requires better coordination across departments, along with leveraging community leaders and influencers to improve uptake of programmes.

A change in behaviour will only come from mainstreaming climate change into all levels of the system and concentrated communication efforts. Climate change is as real and tangible as any other social issue and not another trend or hashtag for social media. The need of the hour is climate communication to demystify climate change and create awareness in a language that can be understood, empathised with, and acted upon.