Climate crisis in Kerala: An integrated approach is needed to mitigate impact

The state has been experiencing an onslaught of heavy rains, floods, landslides and droughts over the last few years 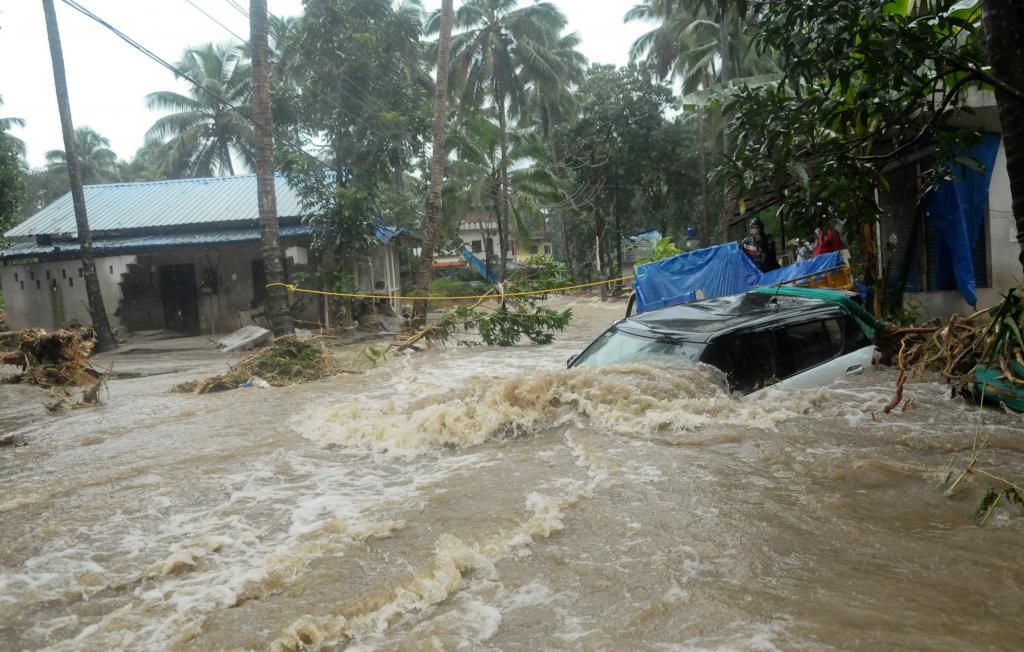 Kerala has been experiencing an onslaught of heavy rains, floods, landslides and droughts over the last few years. The state has received heavy rainfall in 1924, 1961, 2018 and 2021.

The carbon emitted by humans into the atmosphere since the Industrial Revolution is one of the major causes of the current climate crisis. But human interactions have accelerated the impacts of climate change.

In a densely populated (859 per square kilometres) and geographically small state like Kerala (38,863 sq km), it is very important to take appropriate measures to prevent the impact of natural disasters such as floods and landslides.

Climate change in Kerala is likely due to the combined effect of geography, land-use change, urbanisation, development activities and population density of the state.

The maximum distance between the eastern and western parts of Kerala is only 120 km (in some places it is only 35 km). Within this 120 km, there are places above 2,695 metres (Anamudi, Idukki district) and places up to 2 metres below sea level (Alappuzha and Kottayam districts).

One has to travel hardly 120 km to reach sea level, from a height of about 2,695 metres. Therefore, in case of heavy rainfall, water should flow smoothly from the eastern hills of Kerala to the west coast. When this is interrupted, the effects of impacts are likely to increase.

The water of 41 rivers flowing westwards in Kerala has to fall into the sea across 120 km. It is estimated that there are about 58 dams in Kerala. Although dams are a part of development, there are related factors that impede the natural flow of rivers.

Though dams can control flooding, the flow of water through rivers and their tributaries decreases only after the dams have been constructed. When the water recedes, people use the river banks for agricultural and household purposes.

Those living along the river banks are most affected when the dams are opened during the rainy season.

The total length of roads in Kerala is about 331,904 kilometres. Its total area is around 165,952 hectares if we arbitrarily assume the average width of a road is 5 metres.

Similarly, the total number of households in Kerala is 7.8 million. If we presume the average area of a house is around ​​5 cents, it covers an area of ​​about 157,827 ha of concrete buildings, all of which are permanent blockages. This prevents the infiltration rate of rainwater from reaching the ground.

The myth that plantation crops in Kerala’s Western Ghats are affected by landslides may be widespread, but extreme rainfall in an area can lead to landslides when the water saturation capacity of soils exceeds. It is highly likely to trigger landslides even in forested areas.

This reduces the risk of a landslide. Science-based practices are crucial to minimise natural disasters. Plantation agriculture such as the rubber sector has issued advisories for rubber plantations grown in landslide-prone areas.

Quarrying, mining and large-scale construction activities, which affect the ecological stability of the landscape, could be the major factors causing these landslides. There are an estimated 5,924 quarries in Kerala.

The low-lying areas in the western part of Kerala are prone to flash floods. If the construction is done in areas with drainages, the natural flow of water can be obstructed. It is then highly likely that water will flow into areas where it can flow.

It can sometimes be through cities or even places where houses are located. Floods at Kochi International Airport in 2018 were an example of this. The airport is located in a low-lying area close to the watersheds / rivers, which is prone to flash floods. It is, therefore, vital to prepare flood risk zones at the micro level to identify, locate and manage the regions most vulnerable to floods.

While Kerala receives an annual average rainfall of 3,000 mm, the possibility of drought also looms large. The state, for example, experienced drought in 2017. The southern parts of the state (Kollam), central Kerala (Palakkad) and North Kerala (Kannur and Kasaragod districts) generally experience summer droughts (February to May).

Although geography and soil characteristics play an important role in drought, the major amount of rainfall received in Kerala falls into the sea in a short time because of the state's sloping terrain.

If more rainwater is infiltrated into the soil, it will enhance the amount of groundwater recharge. Rainwater harvesting and protection of watersheds can help alleviate drought to some extent.

It is essential to regulate climate disasters and create awareness in a densely populated state like Kerala. An integrated approach is needed to manage climate change impacts.