Has Kerala learnt anything from extreme weather? Apparently not, say experts 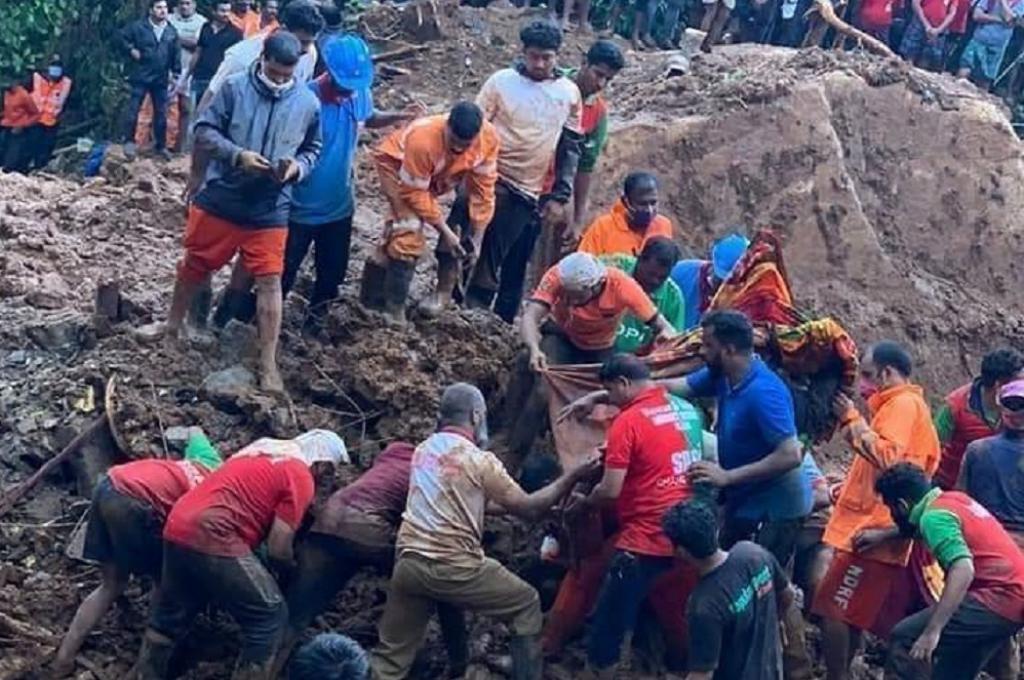 Has Kerala learnt anything from the extreme weather events that have become an annual affair ever since the massive deluge it faced in 2018? This question has reverberated across the state in the last five days.

That was when heavy, unseasonal rains triggered flash floods and landslides in Kottayam, Idukki, Ernakulam, Alappuzha and Pathanamthitta districts, killing 26 people and leaving many others homeless.

The India Meteorological Department has said the rains are the outcome of two low-pressure weather systems which evolved over peninsular India.

But other climate experts have cited cloudbursts as the cause. A cloudburst is a pattern of torrential rains that occur over a limited area in a short period.

Experts have also said a changing climate is behind the extreme weather events of the last four years.

They have called for a renewed focus on illegal constructions and change in land use patterns in the sensitive Western Ghats that have occurred in last 25 years.

Kerala has witnessed a series of natural disasters in the last four years due to climate change and human factors that exacerbated it.

Some 483 people were killed in the August 2018 deluge, which was termed as “the worst flood of the century.”

There were many official announcements made at the time. These were on the need for climate-resilient construction and agricultural practices, as well as long-term strategies to protect people from floods and landslides in the Western Ghats.

Those proposals today remain on paper and large-scale infrastructure projects are being mooted without addressing their human and environmental costs.

In August 2019, 48 people were killed when a portion of a hill range caved in at Kavalappara near Nilambur in Malappuram district.

In Puthumala in the neighbouring Wayanad district, a dozen people died in the massive landslide, which rendered over 80 families homeless.

In August 2020, tragedy struck the plantation village of Pettimudi in the Idukki district when a massive landslide wiped out a massive settlement of tea estate workers and killed 74 people.

But these recurring events failed to make the state initiate large-scale climate change literacy apart from short- and long-term measures to reduce the gravity of the unfolding tragedies.

The sorry state of Kerala’s rivers, backwaters and wetlands also contributes to the situation as they fail to absorb the excess amounts of water being discharged from dams and other storage.

MG Manoj, head of the advanced centre for atmospheric radar research at the Cochin University of Science and Technology, said:

It seems the rain calendar of Kerala has changed altogether. Unseasonal rains have been wreaking havoc during the months between August and October in the last four years. Most of the worst-affected areas in the state this time have received more than 20 cm downfall in two-three hours.

The southwest monsoon traditionally begins in Kerala on June 1 and ends by September 30. By that time, the intensity of the downpour subsides considerably.

Within weeks, the northeast monsoon sets in, but brings in only mild showers.

But in the last four years, Kerala has witnessed only scanty rainfall in June and July but has faced extreme, unexpected rain fury of short durations in August, September and October.

According to climate scientist S Abhilash, the weather pattern on the Kerala coast has changed over the last few years.

Usually, the sea surface temperature of the Arabian Sea was 1.5-2 per cent lower than that of the Bay of Bengal.

A study by experts from the Indian Institute of Tropical Meteorology (IITM) has established a 52 per cent increase in the frequency of cyclones over the Arabian Sea between 2001 and 2019.

There was an eight per cent decrease in cyclone frequency over the Bay of Bengal in the same period, as compared to the 19 years between 1982 and 2002.

What can Kerala do?

“The situation demands long-term mitigating actions from Kerala rather than short-term rehabilitation and rescue activities during every calamity,” Abhilash said.

Experts stressed the need for improving the water management system of Kerala. They also hinted at limitations in forecasting rain, especially extreme rainfall events. These needed to be improved.

Manoj said Kerala should follow a development model taking note of the change in monsoon behaviour.

The state must prioritise fair and transparent environmental impact assessments when it takes up larger development projects requiring massive infrastructure and changes in land-use patterns.

He added that global warming would increase the number of low-pressure formations and cyclonic storms over the Arabian Sea in the future.

After the 2018 floods, the state government spoke about the need for soil study and examining possibilities of soil piping phenomena while undertaking more significant construction works.

But the state has initiated major infrastructure projects in the last four years without having proper geological studies or taking environmental and climate change concerns into account.

V Nandakumar, a scientist with the National Centre for Earth Science Studies, said:

Rains are beyond our control. But through scientific measures, we can lessen the damages caused by heavy downpour. In many places, human encroachments have played a key role in multiplying damages.

Landslides were triggered by unscientific developmental work carried out in ecologically sensitive areas, he added.

However, such pertinent issues came up for discussion only when a tragedy struck and were forgotten until the next one occurred, he noted.

Environmental scientist VS Vijayan, a member of the expert panel on the Western Ghats, said Kerala was going through an unnatural disaster.

The impact would have been minimal had the Gadgil Committee recommendations been implemented in advance, he said.

The recommendations were aimed at protecting the ecologically fragile Western Ghats. Vijayan warned that Kerala should get ready for more such disasters if it opted for a business-as-usual approach.

He said there were limits to managing rains and floods. Because of climate change, such tragedies were bound to increase in the coming days. Measures had to be taken to decrease the intensity of such tragedies.