A slew of announcements by countries and businesses are missing the mark on key outcomes needed by the Global South. 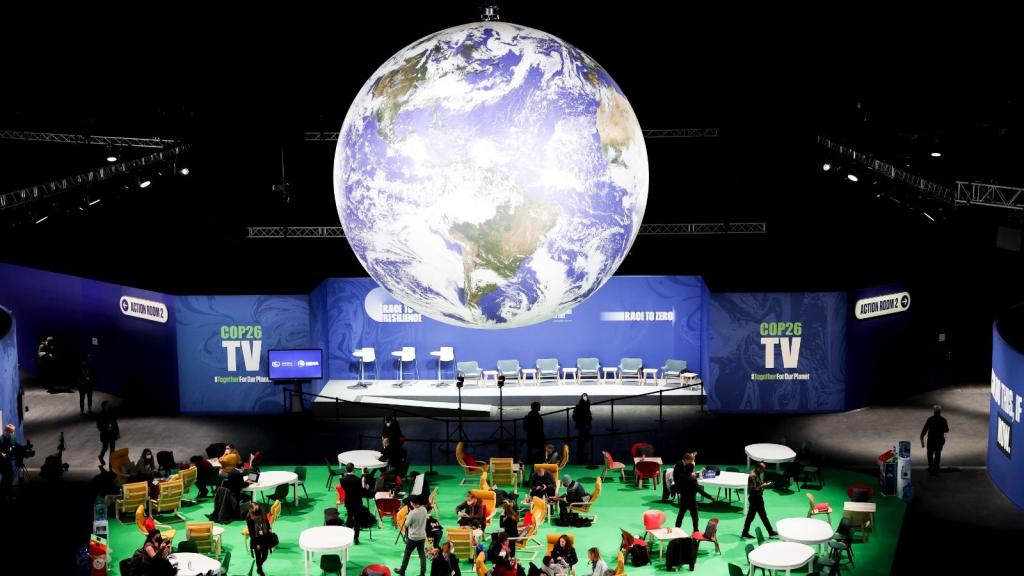 Aboard the train from London’s Euston station to Glasgow, I witnessed rolling countryside landscapes straight out of my favourite British crime dramas set in small towns shaken up by a new grisly murder every other week. But the quaint stone walls separating the misty fields also reminded me of the Enclosure Movement — a violent medieval process, which saw common land owned by villages in England being forcibly converted to private land to be owned by the wealthy. It was one of the earliest forms of land grabs for ‘more efficient agriculture’ and violation of collective resource management.

A few decades after, unabated coal burning would fuel the Industrial Revolution, making the pre-industrial era a significant marker in the 21st century: The planetary  temperature of that period is the reference to which we compare global temperatures today as our forests burn, seas rise and soils scorch.

The first week of the 26th Conference of Parties (CoP26) to the United Nations Framework Convention on Climate Change in Glasgow, United Kingdom — the esoteric summit of some 25,000 individuals who “negotiate” over how to tackle climate change — has been a week of balloon-like announcements. Grand in form, but pop them and they are hollow.

A slew of Net Zero carbon emission commitments, new nationally determined contributions (NDC) that raise emissions rather than reduce them (looking at you Brazil), multi-billion-dollar financial entities pledging to do close to nothing and yet another declaration to protect the world’s forests, which is unlikely to confront the agribusiness and trade interests that really drive global deforestation.

Missing through all the announcements have been adequate focus on the following: What are we doing about the vast fossil fuel production that continues in large parts of the developed world?

The United Kingdom CoP Presidency’s draft of the final statement, which could summarise the Glasgow proceedings, does not even include the term ‘fossil fuels’. This is despite warnings from entities like the Intergovernmental Panel on Climate Change and the International Energy Agency (IEA) that phasing out fossil fuels is critical to limit temperature rise to 1.5 degrees Celsius (°C).

How will those, who are already victims of climate impacts, be paid reparations, in the form of loss and damage finance? And how will the lands and livelihoods of indigenous people and forest communities be preserved with the wanton emphasis on Net Zero and market solutions that will eventually lean on carbon offsets in the Global South?

Wandering through Glasgow a day before the second week of the conference commenced, I found Net Zero advertisements blazing everywhere. Scot Rail is on its way to Net Zero, one of them announced. “We've reduced our overall carbon footprint by 30,000 tons. That's 5,000 elephants in old money.”

This brings me back to the Enclosure Movement, where left unchecked, we could see modern land grabs intensify, as efforts to achieve these Net Zero targets become more frantic. It has been dubbed ‘green grabbing’ by James Fairhead, an anthropologist at the University of Sussex, or the appropriation of land and resources for environmental ends.

The communities who reside on these lands – many of whom are indigenous people — have travelled to Glasgow at great financial expense and overcome visa and the novel coronavirus disease (COVID-19) barriers to make their voices heard.

Yet access to key events has been limited, despite promises that this would be “the most inclusive CoP ever”. This past weekend, hundreds of these indigenous people marched on the streets of Glasgow, alongside activists and other civil society participants, demanding climate justice.

Climate justice, like the word ‘equity’, has been co-opted by clever marketing efforts to mean a lot of things but remains the core need of CoP meetings. The climate crisis is hitting the poor the hardest.

But the stance of the wealthy governments and business entities is one of a rich man who knows he can escape to his bunker in the desert if disaster strikes: Pledge mild to moderate future goals like Net Zero to buy time and make very little change to your current way of life.

A phrase used by the United States climate envoy, John Kerry, in an interview earlier this year points to the fact that people “don’t have to give up a quality of life” to cut emissions. All people do not, but the rich do. Oxfam’s latest report on carbon inequality finds that the world’s richest 1 per cent are set to have per capita consumption emissions in 2030 that are still 30 times higher than the global per capita level compatible with the 1.5°C goal of the Paris Agreement.

The climate crisis is not simply an issue of more extreme weather — it is linked to every possible realm of civilization. Hence, it is called an ‘existential crisis’. It is tangibly costing jobs, ruining crops and could strain healthcare infrastructure due to additional deaths from diseases, heat stress and malnutrition.

It is also worsened by seemingly unrelated socio-economic decisions — a third of tropical deforestation today is caused by international trade, which in turn is releasing more carbon. And there is no climate justice without social, economic and racial justice. Therefore, repressive right-wing regimes that make climate pledges on the international stage, but fuel racism, communalism, and xenophobia domestically, cannot be considered good faith actors in the global fight against climate change.

CoPs currently function as fairly sterile, apolitical meetings, which dwell heavily on the technical aspects of climate action. But making these connections clearer could make the urgency of climate action more relatable to individuals not engaged in climate discourse.

We as civil society participants / observers at CoP26 need to spotlight this.

We also cannot take our foot off the pedal on the importance of cumulative emissions in global warming. Over the past month, I’ve heard commentators from the Global South dismiss historical responsibility as an old argument that presents our countries on a weak footing. But I wish that argument was now obsolete.

Between 1870 and 2019, the US, UK, European Union-27, Canada, Australia, Japan and Russia alone are responsible for 61 per cent of the world’s fossil carbon dioxide emissions. Adding China’s share, the figure rises to 74 per cent.

And yet you see the principle of common but differentiated responsibilities (CBDR) constantly undermined and diluted at CoP26 — whether it’s through Net Zero announcements or negotiations on climate finance.

We have a finite carbon budget and it must be allotted to the developing world — countries who have not historically profited from colonisation, slavery and unabated coal use to achieve prosperity. Thus, it is our role as civil society observers to urge, pressure and nudge discourse in the direction that will protect the weakest and those least responsible for climate change.