This heatwave is not a weather blip 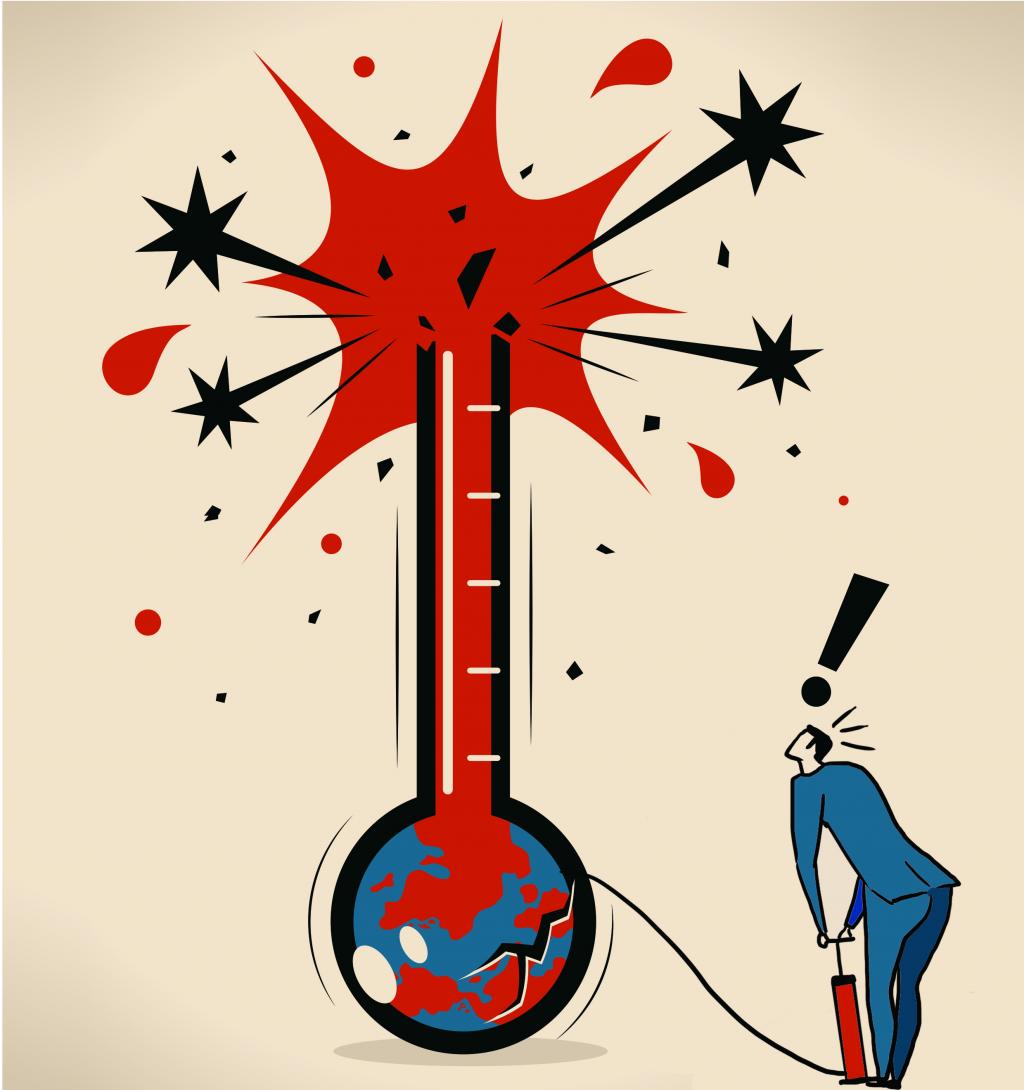 Searing heat, touching 50 degrees Celsius in the otherwise cold regions of Canada and in the western regions of the United States, has brought home the message — once again and loudly — that climate change is here and is about to get worse.

The heat was so unbearable and off the charts that it killed an estimated 500 people in Canada’s British Columbia province. Then there are reports of the savage damage it has done to animals and other creatures. The inferno is now adding to the challenge of wildfires, threatening lives and properties.

Europe is seeing a similar heatwave; it is predicted that this year’s temperatures will be the highest since records have been kept. Yet another year when we have broken the previous year’s heat record!

The fact is this heatwave is not incidental or accidental — a mere weather blip. Scientists working with the World Weather Attribution initiative conclude that this heatwave “was virtually impossible” without human-caused climate change. They find that the temperatures were so extreme that they lie outside the range of historically observed heat records. They conclude that the frequency of this once-in-a-thousand-year event would increase with temperature rise, and when the world touches 2°C increase over pre-industrial ages, it would become a five- to 10-year event.

What then is clear is this: One, climate change is happening faster than expected and we are certainly unprepared. Two, climate change is a great leveller — extreme and variable rain, increased frequency of tropical cyclones and heat and cold are hitting the world’s poorest. Each event cripples them and makes them even more vulnerable and marginalised. But the rich are also not excluded from this revenge of nature. The death of people from heatwaves in Canada must keep reminding us of the tragedy that awaits everyone.

Even as I write this, perhaps for the umpteenth time (my readers must forgive me), we have still not seen the writing on the wall. Our actions still do not match our words. The technologies to combat climate change are available — but they require application at a disruptive and transformative scale. This is what we are missing.

I say this because every extra day of procrastination will make the task even more difficult. Take the case of rising heat. To adapt and survive, the rich in otherwise temperate regions will now invest more in devices like air conditioners to cool their homes. This will, in turn, add to the energy demand and, given that countries are still fiddling around with fossil fuel-based electricity, it will add to greenhouse gas emissions.

We know that heating and cooling devices take up the bulk of the power demand in our cities today. In Delhi, research by my colleagues at the Centre for Science and Environment (CSE) shows as soon as the temperature crosses 27-28°C, the cooling demand increases exponentially — electricity demand rises by 190 MW for every degree rise in mercury. With more electricity generation, there will be more emissions, increasing the temperatures even more. The vicious cycle will spiral out of control.

This direct relationship between heat and energy has another dimension to it — thermal comfort or discomfort. This is not just about temperatures but also about how well-designed and ventilated our living spaces are. This is why even when temperatures are not so high, but there is humidity or lack of air, we feel uncomfortable and “hot”. The fan makes air conditioner more efficient as it evaporates moisture from our bodies.

It is about cooling but also about design. Just consider how traditional buildings were designed to keep out the heat; by designing for the sun and wind, and not against nature. They used orientation and shades on window — what we now call passive architecture — to ensure that buildings are protected from the glare; they used courtyards and open windows for ventilation. Trees provided shade, as much as other environmental benefits.

Sadly, modern architecture built on glass facades and closed spaces for air cooling has shunned and dismissed this knowledge as unnecessary and backward.

Then there is also the fact that more heat will add to water stress — for irrigation, for drinking and for fighting forest fires. As we pump more water from the ground or use electricity for transporting water, we will need more energy — further reinforcing the vicious cycle. This is why we must go back to finding ways of optimising local water resources; harvesting the rain where and when it falls so that we can reduce dependence on pumped- and energy-dense water.

In the heating planet, this knowledge of living with extreme heat and cold without increasing the energy footprint of our living spaces and cities will be crucial. So, as much as we need to move away from fossil fuels, we need to make sure we can do much more with much less energy — this is the climate change challenge. The scorched world should teach us this.