Coming of the know-all

The socio-ecological implications of the knowledge revolution are many and multifaceted. But the world needs a system where a 'post bi-polar' order is yet to be defined... 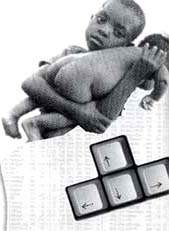 IT is the era of knowledge revolution. And we are living in a 'knowledge society' ever since we learned how to make a fire and where to find food. The values of competition and materialism mostly dominate the human society today. In my mind, a future cannot be built on such narrow objectives. If life on earth should survive, what we first and foremost need is cooperation, which is becoming alarmingly divided.

One salient feature of the post-Cold War period is the worldwide acceptance of market economy. Although it is the most efficient method to organise an economy, I do think it is dangerous to let markets become almost a new religion. For, profit-led markets do not respond to problems of social deprivation, hunger and illiteracy, depletion of natural resources and growing structural unemployment. We need wise politics to address these social problems. Unfortunately, what we see today is too little of such efforts, with the only notable exception of the European Union (EU).

Developments in science and technology have recently been phenomena], and the increase in lifestyles has been truly impressive. But in the words of Ricardo Petrella, science advisor of the EU, a salient feature of the modern industrialised society is the gap between what technology 'could provide' - its potential, and what it actually 'does provide' - its reality. Today, our ethics have to catch up with technologies! Developments in the South have mostly been lopsided. Although considerable achievements have been made in the least-developed countries, the combination of growing population, misdirected policies, excessive defence expenditure, an unrealistic belief in the 'trickle-down economics' theory, corruption and ethnic conflicts et al, have all seriously destabilised the South.

Since the 18th century, we in Continental Europe, have had a vision of historical optimism. Through hard work and technological developments, the society experienced steady progress. The emergence of the welfare state did see to it that the results of production were relatively evenly distributed.

Recent developments have changed this situation drastically. Most OECD (Organization for Economic Cooperation and Development) countries are majorly impoverished. The reasons are: rising unemployment, lower real wages and increasing inefficiency of governments to meet the customary level of payments to the unemployed, and the sick and the old.

Even in the US, 80 per cent of households have come under the onslaught of inflation since the '70s. Only upper income bracket members could improve their lifestyles. The number of workers below the poverty line almost doubled during the '80s. The super-rich, earning more than US $1 million annually, have increased 100-fold from 642 in 1970 to over 62,000 in 1990. In 1980, corporate chief executive officers earned roughly 40 times the average income of factory workers. By 1989, they made 93 times as much. The American dream became a nightmare.

Both the International Labour Organization and the World Bank seem to be confident that growing economies will result in more job opportunities provided right policies are adopted. According to this, jobs disappear because of automation, but new and fascinating opportunities open up. The 'other view' claims that the greatest risk from automation and the emerging knowledge society is that they offer fewer jobs.

It seems we are moving towards a three-tier workforce: skilled personnel concentrated in fascinating, intellectually demanding, well-paid knowledge jobs; those with repetitive, less challenging and low-pair tasks; and those who have been ousted from the production procedure. Information technologies (IT) are making new working arrangements possible. Home-based work is an important option. The International Institute for Sustainable Development, Canada, reports that 25 per cent of all Canadian business are home-based. Although a welcome development, it has proven harmful in many developing countries' contexts as it thwarts social aspects of work prevalent there.

To judge carefully, we may actually be in the process of creating a new type of aristocracy, not land-based as in the past, or capital-based as today, but based on access to information. Economic growth and strong governments helped the working class' access to rights and wealth in the past. The knowledge society could destroy these achievements and return to age-old contrasts between social groups, and between the educated and uneducated. We know from experience in Sweden that all kinds of methods to increase working class participation in higher education through measures like quotas had limited success. Higher education continues to be strongly linked to social groups and parental encouragement - patterns that are not broken easily.

Natural capital, however, is very important. Most of the activities we enjoy in our modern economies, ultimately depend on the natural resource base. This was very obvious when the vast majority of the world's population was farmers. Today, when farming employs less than three per cent of the global population, and the city-bred can buy fast food round the clock, we more or less take the natural resource base for granted.

The major environmental problem today is exactly this: we consume an ever-increasing amount of energy and raw materials, producing waste in the process, thereby threatening the atmosphere, forests, lands and water resources. We do experience serious problems in a world of 5.7 billion inhabitants. And it is a chilling thought what our situation would be in AD 2020 with almost eight billion people on earth.

To take a middle path, there appears to be only one possible strategy to prevent an environmental disaster: efficiency. We hope, of course, for a change in lifestyles. But the fact is that, everyone wants to travel, wants cars, wants to eat meat, buy plenty of clothing, enjoy heat in the winter and cool weather in summer. These lifestyles prevail in the North and are the aspirations of billions of Southern people. Already today, one-third of the so-called global consumers are found in the developing countries. Hence, if lifestyles and consumption patterns are difficult to change, what must happen is a revolution in our mode of using energy and materials.

Traditionally, the private sector has opposed any proposal to increase the costs of energy and resource use. At the same time, most industrial leaders subscribe to the 'polluter pays' principle. In my opinion, the only possible effective way to encourage an efficiency revolution would be through an ecological tax reform - higher taxes on natural resource use and lower taxes on labour.

There are, indeed, opportunities for an efficiency revolution. There are also, however, limits to efficiency just as there are limits to growth. Hence, we will have to continue stimulating the evolution of lifestyles which are more in harmony with nature.

There is a risk that many of the least developed countries will be left behind and experience exclusion when it comes to utilising the revolutionary developments in IT, telecommunications, biotechnology and raw materials. Private investors do not look for opportunities in these countries and foreign aid resources are shrinking.

I do not think it is an exaggeration to say that traditional lines of power are being challenged and new structures of power are manifesting themselves. Governments are decentralising, which implies more involvement and participation at community level. Multinational companies (MNC) are gaining increasing control on events. Collectively, MNCs could become far more powerful than all nation states Put together. In fact, the total corporate sales of the top five corporations in the world currently surpasses the GDP of all countries in the Middle East and North Africa.

The power concept is also redefined by the knowledge one. In general, an informed society will be a more democratic society. Transparency, accountability and greater involvement of a civic society in the affairs of the state should be facilitated. The UN, for instance, has begun to open up its activities to discussions via the Internet.

We may observe a new era of MNCs which specialise in information hardware and software. In many ways, power concentration in the hands of a few MNCs is dangerous because such companies not only influence our needs in terms of goods and services, but also shape and form our perceptions and views of the world. The CNNs of this world are driven by commercial considerations whereby spectacular news catch more attention than thoughtful analysis of society's problems.

But technology developments do include some fascinating opportunities. I have learned more about the issue of 'jobless growth' on the Internet than through the orthodox Prospects for dialogue among peoples and cultures can become very inspiring. But again, it should be ensured that societies are not left behind or excluded from such developments.