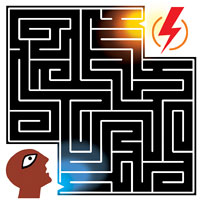 Two major events happening at two ends of the world—Japan’s natural disaster and nuclear fallout and unrest in Libya and other countries of the region—have one thing in common. Energy. The fallout from the Fukushima Daiichi nuclear plant, hit by earthquake and then the tsunami, has not yet been contained. As I write this, news is breaking about possible contamination of the seawater surrounding the damaged installation. Fears are it could lead to groundwater contamination and radioactive toxins in the food and fish. Last week there was a scare when Tokyo’s water was reported to have iodine 131 in excess of safe limits. Nobody really knows how badly the core of the reactor is damaged. Nobody’s clear how Fukushima’s problems will be buried.

However, this nuclear accident has stopped—even if temporarily—the resurgence of the nuclear industry. Italy had only recently restarted its nuclear programme after a post-Chernobyl referendum had ordered a shut down of its working plants. It has now called for a one-year moratorium on the four proposed nuclear reactors. The US and China, both remain wedded to nuclear energy, but have slowed down developments and suspended future expansions. Europe has called for a safety review of its 143 plants. In all this it is clear the world will rethink its projects, tighten safety procedures and requirements, which in turn will add to cost. The nuclear industry’s renaissance may not be stillborn but is certainly delayed. Clearly, this will put pressure on global energy supplies.

At the same time, the unfolding violent conflict in West Asia and North Africa has led to oil prices peaking to over US $105—up some 24 per cent from February 15. Again, there is a huge uncertainty about where this conflict could lead to. Already “coalition” governments are bombing Libya in the hope of stopping Colonel Qaddafi, but there is no real plan about where this will end. Yemen is falling apart, and even though it is a small oil producer, it is located strategically at the Gulf of Aden. Bahrain, a major oil producer, is edging towards collapse. The zone of unrest is growing. The world is too scared to exhale.

The question is what this will do to the already precarious energy situation in the world. The recent recovery of the world economy has driven up demand at a time when oil production is stretched and even perturbation can spike its price. In the coming months, Japan will fuel this demand further as 30 per cent of its electricity needs came from its 54 nuclear reactors. Now many are closed and in the coming months, the post-earthquake recovery will need more energy. It will be in the market for importing more natural gas. This will put a strain on the European oil and gas markets, which have common buyers. Already gas futures in Europe have risen. All this will, of course, mean more revenue and global influence for oil and gas exporters like Russia.

This comes at a time when new oil fields have been difficult to find. The new oil that does exist is found in ecologically fragile areas and in areas where man is finding it difficult to go, like deep sea where BP met with its accident. This is not to say the oil-addicted world is not trying.

There is a mad rush for the Arctic now. Ironically, because of climate change, caused by the use of fossil fuels, the Arctic melting has opened the region for more oil exploration. Countries are vying to get into the Arctic quickly to begin drilling, whatever the environmental consequences. This week, in high drama, a Stockholm court blocked a controversial deal between BP and Kremlin-controlled oil company Rosneft to explore the Arctic. Norway, another country with territorial claims, has been reluctant to open the region to drilling but may soon find itself in the race to this last frontier.

The other big find is the shale gas in the US. Oil companies are using hydraulic fracturing, or fracking, at high pressure to unlock gas trapped in shale rock formations deep underground. Now other parts of the world are busy looking for shale in their territory. How much of this is available and at what cost is still hard to say.

But the bottomline is that energy constraints on the world’s emerging economies will grow. We know that the price of energy determines the price of growth.

India will need to work out its own energy options. There is no doubt that we need more energy—large parts of the country remain deprived of this basic need which is unacceptable. It is also clear that our options are limited. We already import huge amounts of oil and gas and will need more in the future, particularly because we seem to be unclear about how much gas reserves we have. We also don’t really have a plan on how we should use energy more efficiently and wisely. We only want to dig deep into forested regions for cheap coal.

But this is the real tough question for the future. Energy is clearly the world’s Achilles’ heel. But we will get nowhere if we keep harping on the old answers. We clearly need to secure energy sources, but equally we need to find new ways of doing much more with much less. It is time we learnt this lesson. Fast.