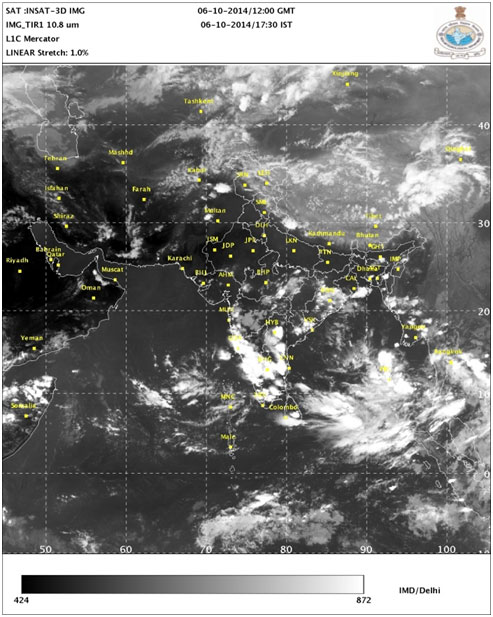 The second part of 2014’s North Indian Ocean Cyclone Season is likely to kick off this week as weather models indicate the possibility of a strong low pressure development in the Bay of Bengal. The first anniversary of tropical Cyclone Phailin  is just a few days away and it seems that the Bay of Bengal may see another cyclonic weather event just before its eve.

For the last 2-3 days, the weather models have been indicating the possibility of tropical activity (development and intensification of low pressure) in the Bay of Bengal this week. It must be noted that weather models cannot be relied upon completely at this moment as they begin with some errors which get multiplied over time. For instance, a model showing weather conditions next week will be less accurate than the model showing weather conditions tomorrow. 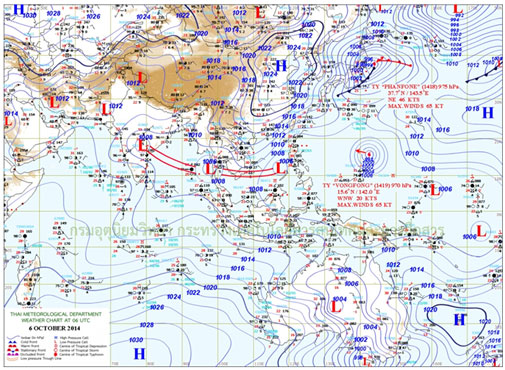 The models   indicate that this low pressure region (which may become a tropical depression in the next 48 hours) will strike North Andaman Islands on Wednesday, October 8. It will intensify further upon encountering the warm Bay of Bengal and hit the eastern coast of India on October 12, 2014.

(*See below for the difference between a tropical depression, tropical storm and tropical cyclone.)

Is the cyclone a certainty?

A few factors are needed for any cyclone to form over an ocean or sea. The most important of them is warm sea surface temperature (SST) of the ocean which is typically greater than 26°C. A warm SST will provide lots of warm moist air. This air is to a cyclone what oxygen is to human beings. Without it, cyclones cannot form or maintain their strength as the warm moist air rises and condenses into clouds.

At present, the Bay of Bengal’s SST in the region is about 28°C. The atmosphere in this region also has instability to support the rising of the air and moisture to support cyclone development. All other factors (like the presence of converging winds at the base of the low pressure system and diverging winds at the top) also seem to be in place for the intensification of this low pressure region. So there is some accuracy in what the weather models have been showing for the next 2-3 days.

As of now, neither the Joint Typhoon Warning Centre (JTWC) nor the Indian Meteorological Department (IMD)  has issued any cyclone warning. It will, therefore, be improper to call this system as a repeat of Cyclone Phailin.

If these trends continue, we should see tropical depression Hudhud coming to life in the Bay of Bengal by October 8. Under its influence, the Andaman and Nicobar Islands will witness heavy rains, high velocity winds and rough seas from October 7. Severe weather conditions will be seen from the afternoon of October 7 till the evening of October 8.

Possible impacts include damage to structures like huts and roofs, uprooting of trees, snapping of power lines and damage to ships along the coastal areas, particularly near the North Andaman Islands.

Precautions for people in the region:

There must also be an immediate complete suspension of boat and ship activities in central Bay of Bengal due to rough seas from October 8-12, 2014.

I had suggested a cyclone watch for coastal Odisha and coastal areas of Andhra Pradesh and West Bengal bordering Odisha, considering the potential development of Cyclone Hudhud. It may strike the area, most probably between Srikakulam in Andhra Pradesh and Berhampur in Odisha, on October 12. This forecast, however, is subject to change.

People are requested to follow weather updates, prepare an emergency plan, check their houses/huts for any damage and help in spreading information. For more do’s and don’ts during a cyclone, please click here.