On November 23, the Supreme Court of India refused to permit Vedanta Alumina Limited to mine bauxite in the Niyamgiri hills. Many have interpreted it as a blanket refusal to mining in the hills. Nothing could be further from the truth. The judges have only attempted to protect themselves from being charged with permitting mining by a company blacklisted by the ethics committee of the Norwegian government for environmental and human-rights violations.

While saying no to Vedanta, they have happily empowered themselves to invite Sterlite, a part of the Vedanta group and severely indicted by the Norwegian ethics committee, to apply for mining in Niyamgiri. One would have thought that judges would know that it is not their business to invite a company, which was not even a party to the case, to submit a fresh mining proposal. Ironically, one of the charges against the Orissa government's mining lease to Vedanta was that it was not allocated through a transparent process of competitive bidding. 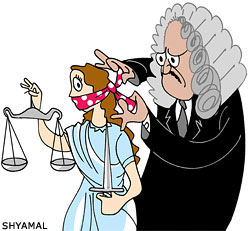 Many also believe that the ostensible saving of Niyamgiri was due to the Forest Conservation Act (fca) 1980, and the Wildlife Protection Act (wpa) 1972. This is delusion. fca only centralizes the power for diverting forestland in the Forest Advisory Committee (fac) constituted by the Union Ministry of Environment and Forests. fac pressured the Wildlife Institute of India to change its report against mining Niyamgiri and gave forest clearance at super speed. Given the rate at which fac is giving forest clearances to most destructive projects, it's a delusion to believe that fca provides effective protection to ecological and mineral-rich forests like Niyamgiri. The Central Empowered Committee that advises the supreme court on forest-related matters has recently criticized fac for its magnanimity in sanctioning forest diversion. This should remove all doubts about the fca's effectiveness in conserving forests.

wpa has been no less ineffective. Niyamgiri's working plan had recommended notifying the area as a wildlife sanctuary and efforts were made to protect the hills under wpa. The fact that Niyamagiri had been approved as an elephant reserve cut no ice with the environment ministry, Orissa government or the supreme court bench. Moreover, those deluding themselves with the belief that fca and wpa will protect forests and wildlife should read the bizarre report of the environment ministry supporting mining in Niyamgiri. The report says mining will not disturb wildlife, improve forest cover, benefit tribals (when they are screaming against devastation of their sacred hill) and improve water flows due to increased seepage from the cracked sides of the mountain due to blasting. Going by this logic, we should subject all our mountains and hills to blasting.

Authorities invoke fca and wpa primarily to dispossess the marginalized. The forest rights act (fra) 2006 originated to protect such people from such unbalanced use of the law. It could have provided better grounds to stop mining in Niyamgiri by devolving the decision-making authority to the local tribal community. In fact, on October 5, an independent writ petition was filed seeking protection of the Niyamgiri hills as the customary forest resource of the Dongria Kondh tribals residing near it under fra. Had the bench given an opportunity to the petitioner's lawyer to present his arguments, fra would have provided strong grounds for the tribals demanding protection of their sacred hill. Shockingly, the 'learned' judges not only refused to hear the senior advocate but one of them humiliated him in open court while another admitted that he owned Sterlite shares. This is one of the rare times that hearing was concluded without actually hearing the primary stakeholders, the Dongria Kondhs.

This could have been the first case where fra would have empowered local tribals to assert their right to protect their ecological resources. On the contrary, the judgement says the judges cannot 'risk' handing over an important 'asset' (whose?) to a company which might backtrack from its agreement. They have invited its subsidiary Sterlite to mine Niyamgiri subject to its accepting a complex monetary deal, including a commitment to undertake 'tribal development', while refusing to hear the tribals' viewpoint--when Niyamgiri is in a Schedule V area where, under the Constitution, the tribals should have authority over their local resources.