Should Badarpur thermal power plant in Delhi be allowed to operate?

Should Badarpur thermal power plant in Delhi be allowed to operate? 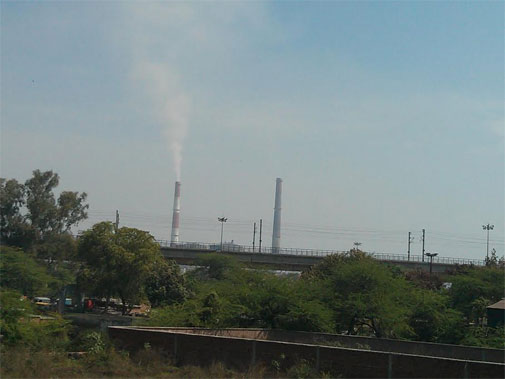 In India, policy makers and generating companies assert that coal-based power is crucial to meeting India’s energy needs since it is cheap. We, as environmentalists, have grudgingly come to accept this argument, despite coal’s reputation as highly polluting. The reason is India’s low energy access and low per capita consumption. But we need to examine this assumption carefully for each and every plant—broad generalisations can be misleading.

Last month, Delhi Transco Limited’s (DTL), the Delhi Government-owned transmission utility, called a meeting with members of Delhi Power Procurement Group, comprising representatives from various distribution companies to discuss power availability and allocation. The minutes of the meeting reveal that Delhi’s own sources of power generation are some of the most expensive in the country. These are highly polluting as well.

Delhi is home to six power stations (two coal-based, four gas-based) with a total capacity of 3,000 MW. However, due to gas supply constraints in the country, the gas-based plants have either been shut down or are running at a fraction of their capacity. The table below shows the average cost of power generated by four of the six plants in Delhi. Surprisingly, the two coal-based plants’ cost of generation is comparable to that of the two gas-based plants (Rithala plant, which operates on gas, is currently shut down and the Bawana gas station was not discussed in this meeting).

The minutes of the meeting say, “The Badarpur plant has outlived its life and age of the units is 30-40 years. All the distribution companies operating in Delhi including the government-owned NDMC and MES and the private sector ones were of the view that Badarpur thermal power station should be closed from October 2015 onwards considering its very high cost and since it has already completed its useful life.”

NTPC Badarpur’s high costs stand out when viewed in the context of Delhi non-profit Centre for Science and Environment’s (CSE) recently released green rating of the thermal power sector.  In the table below we have listed the power plants that were rated among the bottom 30 per cent and their cost of generation (based on Central Electricity Authority (CEA) report on power sector, dated February, 2015). Most of these poor environmental performers had old, fully depreciated units and had inadequate pollution control technologies, which reduced their cost of generation. The NTPC Badarpur plant, however, is one of the few outliers—it is very expensive as well as highly polluting (ranked 34th among the 47 plants that CSE rated).  Cost of power produced by Badarpur plant is more than twice the cost of other poor performing plants.

CSE’s green rating study found that NTPC Badarpur’s operational performance is weak: its efficiency was just 30 per cent; while plants with more than 10 per cent deviation from design efficiency are considered to be operating poorly, Badarpur deviates by more than 15 per cent.  However, the plant faces little regulatory pressure. Under the 2009-14 tariff regulation period, the plant was required to meet lower efficiency norms.  It is one of the few plants for which the regulator has relaxed the norms on plant availability and auxiliary consumption (electricity consumption by the plant to run its equipment). The plant is frequently unable to meet even these loose norms.

Badarpur thermal power plant’s environment performance is equally bad.  On paper the plant is compliant with emission norms, however, stack emissions are visibly high, indicating non-compliance—it is a significant contributor to Delhi’s particulate matter (PM) pollution load. Its ash pond is spread across 324 ha, which is adding to the dust emissions in the city.

DTL claims that Badarpur plant has a role in Delhi’s power supply since the transmission lines importing power into Delhi can’t take the increased load in summer if Badarpur were to completely shut down. Also, Delhi’s energy security planenvisages “islanding” Delhi’s power system in case of grid disturbances – this would be affected if Delhi’s own generation is cut. Currently, Delhi generates around 25-30 per cent of its needs.

These constraints can be best addressed by investing in the grid system capacity and stability. Instead, the regulators have allowed NTPC Badarpur to invest in a “renovation and modernization”(R&M) project of Rs 741 crore to extend the life of its two 210 MW units by 20 years (CERC order dated 12/5/2011), which will increase the cost of generation further. Discoms have requested that the Delhi Government should take immediate steps to stop the R&M activities to reduce the burden on consumers.

If we are to solve Delhi’s electricity problems we need to have a comprehensive strategy that considers all aspects – cost of electricity, reliability of supply and environment issues. This means NTPC-Badarpur R&M plans should be halted and grid enhancement should be expedited; moreover, the Badapur plant be shut down as soon as possible.

With inputs from Sai Siddhartha N of CSE