Don’t just cash in on tigers

Nature-based tourism: from rhetoric to reality 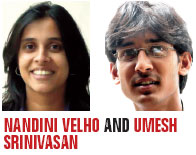 Eco-tourism, as the world understands it, means impact of tourism on wild habitats and wildlife is deliberately kept low. It also means that local conservation contexts are acknowledged and efforts are made to improve the economic lot of communities living around a sanctuary or national park. Eco-tourism must make tourists more aware of the need for, and challenges to, wildlife conservation. But all this requires that the people who run the show themselves are responsible; it precludes outright capitalism as motive for entering the tourism business.

Unfortunately in India, eco-tourism, responsible tourism and soft tourism are bandied about casually to refer to some vague notion of nature-based tourism. This is not a mere mistake in nomenclature, it can, in fact, be quite misleading.

The events of the past few weeks have unravelled the agenda of the tourism lobby (including some conservationists who own resorts near tiger reserves), displaying its obstinacy to any kind of regulation on nature-based strategies. Existing scientific information has not only been relegated to the backdrop, but is often used falsely as a prop to support existing tourism practices.

Krithi Karanth and Ruth DeFries recently published a study on nature-based tourism in India in the journal Conservation Letters. It shows 85 per cent of existing resorts are within a five-kilometre radius of tiger reserves. This is clearly a problem, given that most of our tiger reserves are relatively small, and that the habitat outside tiger reserves is decreasing drastically. This makes the protection of corridors crucial for the long-term survival of tiger populations and the creation of a buffer area around reserves. Clearly, swanky resorts with spas and swimming pools do not belong in a corridor or buffer zone. Does anybody really need an oil-scented massage and a tiger sighting on the same day? Establishing buffers around protected areas and ensuring that sensitive areas such as corridors are not converted to hotels is essential to ensure the long-term ecological viability of tourism. 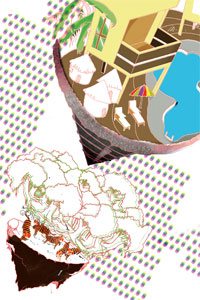 The study is an important first step, given what can only be called a construction boom around tiger reserves. Seventy-two per cent of all resorts around tiger reserves have been built in the past decade, and as you read this, four to five are being built around Kanha National Park in Madhya Pradesh. This affects both wildlife and residents. Among the several unquantified effects are included fuelwood purchase for the standard evening bonfire (without which no wildlife experience is deemed complete), while buffer zones continue to get degraded and residents face fuel shortages.

The unabated construction of swimming pools around places like Ranthambhore Tiger Reserve in Rajasthan has created water shortages and groundwater depletion in the arid eco-system. The problem is likely to be exacerbated given the average number of visitors in protected areas is growing annually by 14.8 per cent, a truly rapid increase contributed to by international tourists eager for a slice of the wild as well as a growing middle class whose population has doubled in the past 10 years or so. There needs to be an institutionalised framework for nature-based tourism in India to ensure that it is locally appropriate, economically viable and ecologically sensitive.

Economic viability appears to be without doubt. For instance, four tiger reserves (Ranthambhore, Kanha, Periyar in Kerala and Corbett in Uttarakhand) generate Rs 10 crore from tourism annually. What certainly needs attention is where these profits are going. Tourism-related properties like hotels, resorts and lodges often contribute little to the resources of the protected areas. In Kanha National Park, about 95 per cent of their profits go to private hands, five per cent to park management and less than one per cent to residents. A moderate 20 to 30 per cent tax on tourism-related profits on big operators will ensure the benefits could be used in a variety of ways including, capacity building, management training and setting up fast-track conflict mitigation programmes. In the recent weeks, enterprises managed by powerful big-city tourism operators have even opposed a more than five per cent benefit sharing. Presently, the terms of engagement of residents employed in tourist facilities are also highly variable. For instance, in Sariska Tiger Reserve in Rajasthan, the involvement of residents in resorts ranged from 86 out of 100 employees to a mere 20 out of 100. In some resorts, every fifth staff member was from the resident community.

Our learning from several places shows that residents need to be involved in a more inclusive way rather than the generic feel-good, like-it-or-dump-it approaches of eco-development employed thus far.

For instance, the India Eco-Development Project around the Periyar Tiger Reserve showed that the six million dollars spent on community-based conservation activities did not change the attitude towards conservation, and the effects of these benefits dwindled after three years.

Although such studies are few, there is enough objective understanding that can help design guidelines for eco-tourism that are sensitive to ecology and society.

Understandably, the Indian context might not allow conservationists to implement a range of conservation programmes as is being done in Africa. India’s natural wealth is predominantly forests, with relatively shy large animals as its main attractions, and is vastly different from Africa.

Open plains and easy visibility allow Africa to aggressively market and guarantee sightings of the “big five”—lion, leopard, African elephant, cape buffalo and black rhinoceros. Secondly, the population densities in Africa are significantly low. Tanzania has a population density of 33 humans per sq km, roughly one-ninth of India’s. However, there are certainly many insights that could be drawn from Africa to create more innovative and sustainable nature-based initiatives in India. One of the successful examples comes from remote Arunachal Pradesh, in the community forests around, and protected area within the Eaglenest Wildlife Sanctuary. Refreshingly, Eaglenest has turned the focus away from tourism centered around large mammals and is almost exclusively based on high income but low impact bird tourism. This venture was jointly started by Indi Glow, a respected member of the resident tribal Bugun community and Ramana Athreya, an astrophysicist and wildlife scientist. With this venture, Eaglenest has been catapulted into the three most sought after birdwatching destinations of the world—all this with no permanent building structures, low ecological impacts and an annual revenue generation of about Rs 50 lakh. In about six years the management has been taken over by the residents, and the community fee of about Rs 200 a day per person goes directly to the village council as does employment to drivers and camp staff.

Yet, such initiatives, although important in select localities in ensuring both conservation and economic benefit, are likely to be niche markets. Although we need to create more such markets in India, the overwhelming focus will, for a long time to come, continue to be large mammals.

With the steep growth of tourism inside protected areas, there needs to be a regulatory framework to make tourism ecologically sensitive, and for a definite shift to spaces outside protected areas to relieve pressures on already beleaguered parks. Exploring opportunities for tourism on private land, especially in plantations and fallows, as well as government-owned reserved forests must be given priority.

We also need to ensure that developmental activities around parks are ecologically sensible as well as set reasonable limits on vehicular traffic and visitor volumes within parks. Change in the present unregulated and unsustainable tourism-related practices will cause discomfort to many of the politically powerful big-city operators. There is no doubt this will be a change for the better.

Nandini Velho is a research associate at National Centre for Biological Sciences (NCBS) in Bengaluru. Umesh Srinivasan is a PhD student at NCBS