NEWSPAPERS have leapt with delight on the statement by Maruti Suzuki India (MSI) that it “firmly believes that the patent law in India is very strong” and that it is “at par with the international standards”. In the wake of the aggressive campaign launched by the US and its powerful industry lobbies against India’s intellectual property rights (IPR) regime, New Delhi has been snatching at endorsements of its law by US multinationals. The latest to do so, after Boeing, Abbott and Honeywell, is MSI.

MSI though is not a multinational but a subsidiary of Japan’s Suzuki Motor Corp and its reasons for lauding India’s patent law is both politic and self-serving. MSI makes the largest royalty payments among Indian subsidiaries of multinational corporations (MNCS) operating in India and uncomfortable questions have been raised in recent months about the whopping payouts India’s biggest carmaker has been making to its Japanese parent. Royalty is a fee paid for the use of property, both tangible and IPRs such as patents and copyrights. In business, royalty is also collected for franchises and in extractive industries for the use of natural resources like minerals. 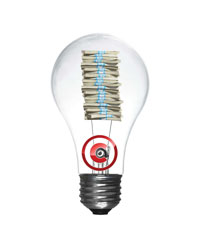 Essentially, royalties are designed to compensate the owner for the use of such assets and the terms are usually worked out by the two parties to their mutual advantage. In the case of mnc subsidiaries, however, the royalties are fixed by the parent company. These have escalated to unprecedented levels and have been bleeding their Indian subsidiaries although dividends to shareholders were drying up. On occasion this has resulted in confrontation with local shareholders. It also means the foreign companies pay much less tax. The most striking example is of MSI where royalty payments have shot up from Rs 1,018 crore in financial year ending 2010 to Rs 2,454 crore in 2013. An analysis by Business Standard newspaper hinted that royalty payment by its India subsidiary was shoring up the parent company’s dismal profitability at the expense of Indian shareholders. Institutional shareholders who have clout, unlike individual investors, had raised a ruckus in March over the fact that MSI’s payout accounted for as much as 102 per cent of Suzuki’s standalone profit after tax!

While the Maruti case has grabbed headlines there are others which slip below the radar because the companies involved are closely held, or for lack of interest from those who should be keeping an eye on such things. An egregious example of this is Monsanto, the US agri-biotech giant. Here, the people who were paying the price for unusually high royalty fees were not shareholders but farmers, some of them from dirt poor backgrounds. In 2006, Monsanto’s technology marketing arm in India jacked up the prices of its genetically modified (GM) cotton seeds, branded as Bollgard, to an exorbitant Rs 1,800 for a packet of 425 gm, claiming a cool Rs 1,200 or as much as two-thirds of the cost of the packet as trait fees or royalty for its GM technology. It would have been sweet pickings for Monsanto had it not been for one state, that of Andhra Pradesh, which challenged this daylight robbery of farmers in the monopolies commission.

So, what’s to be done? The government could, of course, impose limits on royalty payouts by foreign owners-these were in force till 200-but may not want to do so in case it makes investors skittish. And that is something the new BJP government which is dedicated to bringing in more FDI is unlikely to risk. It looks like India will be royally drained on royalties.