Today a lot of state governments promise companies investment opportunities free of 'encumbrances'. Investors are assured of government assistance in securing requisite clearances for projects. Sample, for example, the following sentence from a memorandum of understanding (mou) between an international investor of a high profile project and the Orissa government. "The government of Orissa shall assist the Company in obtaining all clearances, including forest and environment clearance and approval of the State Pollution Control Board, and the Ministry of Environment and Forest, Government of India under Forest (Conservation) Act, 1980 and Environmental (Protection) Act, 1986 for opening up the iron ore mines, laying roads, constructing township etc," it says. This mou is only one example of how the environment clearance process for development projects is undermined by investment-seeking states.

The environment impact assessment (eia) notification came into force in 1994. It was believed that projects (like mines, dams, roads and ports) which are likely to have irreversible impacts on the environment and lives of people had to be thoroughly examined by a committee of experts. The notification also stressed on public evaluation of such projects. However, the process of assessing impacts and granting clearance has always been compromised. The decade-long experience of eia's implementation is replete with examples like the one in Orissa, cited above.

In 2006, when the Union ministry of environment and forests amended the eia notification, it failed to plug the loopholes. The new notification lessens the impact of independent environmental assessments on projects. It now lays the onus of granting clearance to a huge number of projects squarely on investment-seeking states, without any other check and balances. In fact, the minimum procedures required to be undertaken by projects at the state level have not been elucidated even though the new notification came into force 10 months ago.

Projects exempt from eias and public hearings will now be categorised at the state-level. The official reasoning for this new provision is that it applies only to projects that have few environmental impacts. Actually, however, a lot of projects will get excluded from the clearance process.

A review of the comments of several state governments on the draft eia makes it clear that the notification has ignored their demands for greater autonomy. In another major loophole, corporations can promise and/or advance money to state government in lieu of returns from proposed projects in the state. In June 2007, it was reported that National Hydro Electric Power Corporation would pay Rs 225 crore to the Arunachal Pradesh government as advance against three hydropower projects to be executed in the state. The projects have not been assessed for their design and viability and their environment clearances are also not in place. But money has been advanced to the state government against Arunachal Pradesh's entitlement to free power from these projects.<>
The 2006 notification allows for legal securing of land before environmental clearances are obtained. So, once a project proponent has secured land for the project, he/she would go to any end to push for project clearance. This, when state governments are already promising to "facilitate" clearances. The clearance process has been robbed of its potential for appropriate environmental decision making.

Clearances will also be quicker the new environment clearance regime put into place on September 14, 2006 sought to reduce 'delays' in obtaining environmental clearances. 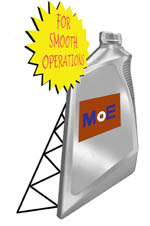 States like Sikkim have already set up special committees at district and state levels to ensure speedy clearances of projects. A Sikkim government circular notes that an eia must be completed within 90 days, which is far from enough if one needs to truly understand project impacts in a comprehensive manner. Yet the environment clearance process is the only regulatory regime that assesses projects for their environmental and social impacts and can block projects that can have serious impacts.

Today, these processes are being circumvented by state governments. If this trend continues, citizens will be left to face the irreversible damages of these poorly assessed projects. Instances of state aggression in the face of hostile public opinion will surely increase unless social and environmental concerns are placed ahead of gdp concerns in every project assessment through robust eia.

The authors are members of Kalpavriksh Environment Action Group