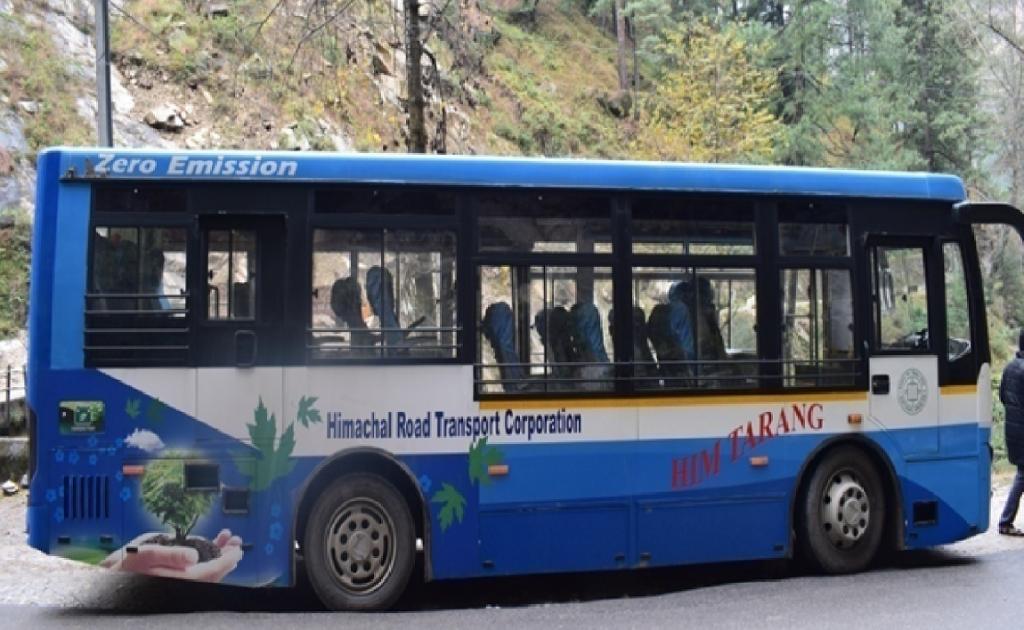 The terrains of India’s hilly and northeastern states are as undulating as the transition of the automobile industry to a fully electric fleet. Yet, recent experiences from Shimla, Agartala and Guwahati suggested a shift to electric vehicles from diesel.

A 2014 National Gren Tribunal (NGT) order directed the Himachal Pradesh government to switch its diesel fleet to CNG and electric. In a bid to propel eco-tourism, the state has emerged as a pioneer in introducing electric vehicles.

Shimla is in the process of formulating an electric vehicle policy.

According to Hemender Kumar Gupta, general manager, Himachal Road Transport Corporation (HRTC), the two primary factors which prompted the switch were a NGT order and the availability of clean energy. However, it was the latter that made HP’s story unique.

The state has capitalised on its status as an electricity-surplus state with large hydro-electric capacity. This is even more pertinent, given the state’s struggle with Compressed Natural Gas (CNG).

The terrain meant authorities faced difficulties in transporting mother-booster system and other infrastructure for CNG. This prompted them to explore electric mobility. Given that the source of energy generation is clean, the well-to-wheel emissions reductions from the switch would be even more meaningful.

This was followed up with the procurement of 50 e-buses in 2018 (60:40 equity) from PMI Electro Mobility Solutions Private Limited.

The company set up a local manufacturing plant in Haryana’ Daruhera, which had the potential to reduce purchase price and generate employment.

Now, under the Union government’s Faster Adoption and Manufacturing of Hybrid and Electric Vehicles (FAME II) scheme, the state would procure 100 more buses.

Battery and charging infrastructure are integral to the success of this transition. HP is a power surplus state and offers Rs 4.50 per unit of tariff — among the lowest in the country.

There are also talks of construction of a special grid. The state has set up nine charging points with multiple chargers at depots between Kullu and Manali. These include fast chargers that charge vehicles in under 30 minutes; and slow chargers that do the same in about 90 minutes.

Electric buses are saving HRTC about Rs 16 per km on account of lower operating costs. The falling battery costs and technology improvements have led to a significant reduction in the purchase price of a bus. Tender quotes, too, have fallen to 76.9 lakh from 1.9 crore between the two tenders floated in 2016 and 2018.

This is vital for any state transport undertaking known to reel under financial losses. Drivers are also skilled to help enhance bus life by allowing for regenerative braking that preserves battery.

The introduction of electric buses in public transport has been welcomed by the public for being eco-friendly and providing comfort.

Regarding concerns over range anxiety, Gupta said each bus had a range of 150 km. Additionally, drivers would not be allowed to drive with low charge.

Another interesting development is the induction of 50 electric taxis with over 90 per cent aid from DHI. These taxis would run in Shimla for tourists and would cover 60-70 kilometres every day.

Gupta expressed hope about this model being picked up by other hilly states, especially the Northeast.

The two northeastern states are evolving their own sustainable transportation model.

Stepping out of Agartala airport, one is greeted with an unusual sight — a wave of CNG-powered auto-rickshaws. Even more surprising was the huge number of electric rickshaws ferrying passengers.

The discovery and setting up of one of the largest on-shore gas projects has increased the availability of CNG in Tripura. It also propelled a switch of auto-rickshaws to CNG since 2014.

Tripura was the first state in India to introduce rules to regulate battery operated electric-rickshaws in 2014. One can spot them even in remote tourist locations such as Unakoti, where all other modes of shared mobility are scarce.

The state has also made limited progress on introduction of electric buses. It has recently moved from being a power deficit to a surplus state, and one can expect the electric wave to gain steam.

Yet, there are challenges in store — petrol pumps in Tripura are far and few and public charging for electric vehicles is non-existent.

Assam State Transport Corp has introduced e-buses from Tata Motors, manufactured in Dharwad, Karnataka. The 30-seater bus can run 120 km on a single charge, and can be charged in 90 minutes to 2 hours using fast chargers.

The State is expected to keep the fares intact as those in other buses on account of lower running cost.

Hilly states and the North East are confronted with myriad natural challenges in their quest to provide efficient public transport. Additionally, their fragile eco-systems warrant that the system is not only efficient, but also sustainable.

The country could learn from Himachal Pradesh. The green shoots of electric mobility in the North East, too, should be nurtured to set them on the path of inclusive and sustainable growth.