A renewable energy future for India

The challenge before India is how to meet its energy requirements without compromising the ecology of the country. In addition, we have to be mindful of the looming danger of climate change 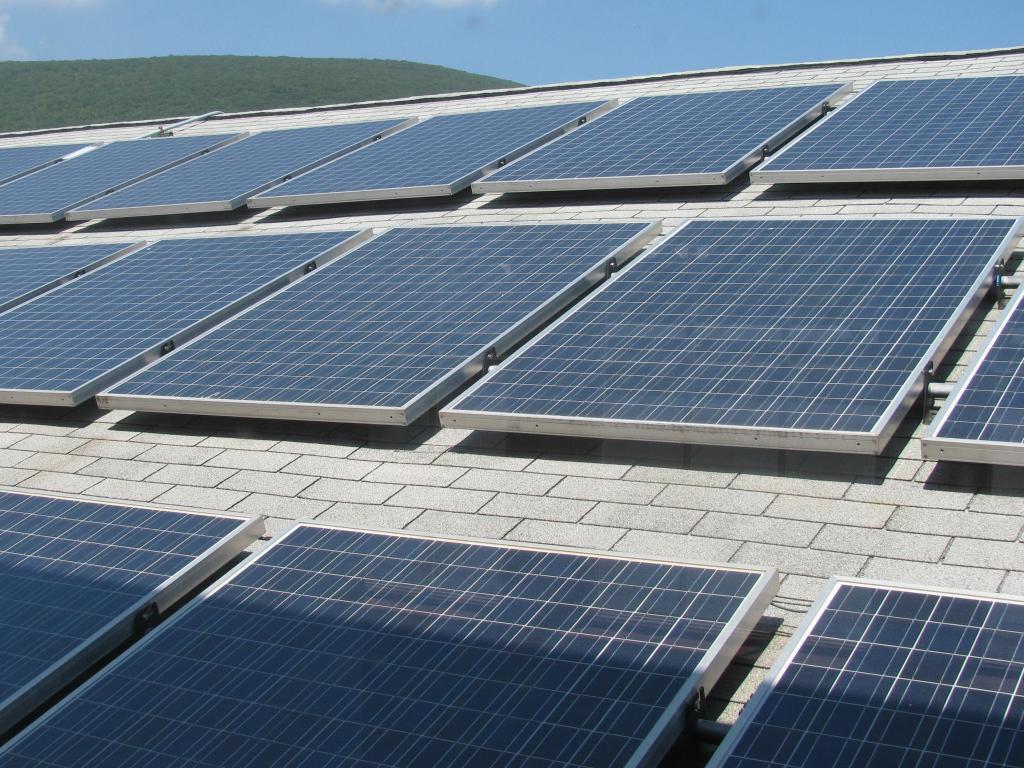 In India today, we face both, an environmental crisis and a developmental crisis. On the one hand, we are still struggling with the problems of inequality, poverty and improving human development indicators. On the other, environmental pollution and ecological destruction is now a runaway problem. Both these crises are also interacting and reinforcing each other. This is best reflected in our energy sector.

India suffers from chronic energy poverty. Officially, about 300 million people have no access to electricity. But if we consider the fact that about three-fourths of rural households connected to the national grid have erratic and less than six hours of electricity supply, then about 700 million people in the country can be termed as electricity poor. Similarly, about 700 million Indians use biomass such as dung, agricultural waste and firewood as their primary energy resource for cooking. These fuels cause indoor pollution and increase the burden of disease of the womenfolk. The estimated economic burden of using traditional fuels, including health cost and lost economic opportunities due to poor education of girl children, is estimated to be Rs 30,000 crore. About two-thirds of Indians, therefore, are still deprived of modern energy services.

India is largely dependent on coal to meet its energy needs. Coal meets more than 50 per cent of the current commercial energy needs and generates more than 70 per cent electricity. We are the third largest producer of coal in the world after China and the USA. But the energy from coal comes at a huge environmental and health cost.

It is estimated that of the entire industrial sector, 60 per cent of particulate matter (PM) emissions, 45-50 per cent of SO2 emissions, 30 per cent of NOx emissions and more than 80 per cent of mercury emissions comes from coal-based power plants. Coal-based power plants also account for about 70 per cent of the total freshwater withdrawal by the industrial sector and close to half of our total greenhouse gas emissions. On top of this, most of the coal mining areas have been declared as critically polluted areas as well. In fact, there exists a fatal overlap of coal reserves, dense forests, tribal populations, high poverty and backwardness. Mining coal, therefore, leads to a huge conflict between the local communities on one hand and destruction of dense forests and wildlife which maybe extremely difficult or impossible to regenerate.

The challenge before India is how to meet its energy requirements without compromising the ecology of the country. In addition, we have to be mindful of the looming danger of climate change. Climate change is already impacting the water and agriculture sector of the country. We cannot afford to let global temperature rise exceed 2 degrees Centigrade from the pre-industrial era. Even 2 degrees would devastate many vulnerable communities and ecosystems. India therefore must work with other countries to reduce greenhouse gas emissions and control the rising temperature. In such a situation, we ourselves cannot have a fossil fuel-dominant energy future.

So, how do we move ahead?

In the last few years, five trends have become quite clear. The first is India’s dependence on imported fossil fuel is increasing at an alarming rate. We now import close to 40 per cent of commercial energy and this is only going to go up in the near future. This trend has huge implications for energy security of the country.

The second trend is the reducing costs of renewable energy, especially solar and wind power. In the last five years, the cost of solar energy has come down by two-thirds. In fact, in a city like Delhi where the distribution companies (DISCOMS) charge about Rs. 8 per unit from commercial establishments, solar PV can supply electricity at Rs. 5.0 per unit during daytime. Though 24 x 7 solar power is still expensive because of the storage costs, there are large number of applications and areas where solar is competitive or even cheaper than coal power. Wind power has already achieved grid parity across the country.

The third trend is the use of electricity for practically all applications. Apart from lighting, cooling and heating, electricity is now being used widely and efficiently for cooking as well. Electric transportations, including cars and buses, are increasing becoming a reality. Most industrial applications that currently rely directly on fossil fuels for heating, cooling, transportation etc. can also shift to electricity. A world where most household, commercial, transport and industrial activity is performed by electricity is becoming a reality.

The fourth trend is the urgency of reducing greenhouse gas emissions. Last year in Paris, a new climate agreement was signed to keep the global temperature rise between 1.5 to 2 degrees. About 160 countries have submitted their action plan to mitigate climate change. India has committed to have 40 per cent of its electricity capacity from non-fossil fuel sources. Most countries have given some or other renewable target. So, there is a clear global signal to upscale renewable energy to mitigate climate change.

The fifth trend is the increasing global recognition to supply clean energy to all. Last year, all countries agreed to a set of Sustainable Development Goals (SDGs), which includes goals to provide basic energy services to all. The government of India has also committed to provide affordable 24 x 7 electricity to all households by 2019.

These five converging trends demand that we develop an energy strategy that is based on electricity as a prime mover and this electricity is generated from renewable energy resources. This would mean we come out with a new integrated energy policy that charts a roadmap for a renewable electricity future. Our current energy policy of 2006 is primarily focused on developing fossil fuel resources for electricity and direct use of oil and gas for transport, industrial usage and cooking.

The idea of electricity access in India has been centralised generation and grid-based distribution. This idea has failed to give adequate electricity supply to two-thirds of our people even after seven decades of independence. In our renewable energy policy also, the idea of centralised generation and grid-based distribution dominates. For instance, the Ministry of New and Renewable Energy wants to set up ultra-mega solar power plants of more than 4000 MW each. State governments are setting up solar parks to install large solar power plants. Will this ensure energy access to all? Are mammoth DISCOMS, a centralised grid and large renewable-based power plants, compatible with a renewable electricity future?

It is important to understand that a 24 X 7 renewable electricity generation is not going to be cheap. The cost of generating and storing intermittent electricity is an expensive proposition. On top of this, if we have expensive transmission and distribution, which will be the case with centralised grid and big DISCOMS, the cost of 24 X 7 renewables will not be affordable to a large part of the population. Our DISCOMS are in the red and we have a leaking grid (the T&D loss in the country is in excess of 20 per cent). The idea that we can sustain big DISCOMS with large share of renewable electricity in our electricity mix needs serious examination.

Central to the vision of a decentralised and distributed electricity future is the increased role for small-scale electricity generators who may be households, businesses, and mini-grids. These millions of small generators would meet their own energy requirements and feed excess energy into the grid and draw on the grid when needed. The role of grid, therefore, would change from being the main supplier of electricity to one of a platform where surplus electricity between millions of generators and consumers would be traded and transported. In this energy future, there is no role of big DISCOMS. Instead, we will have mini-DISCOMS that would meet the electricity needs of small communities in cities and villages. These mini-DISCOMS would feed excess power to the grid and buy power from other mini-DISCOMS when in deficit. Grid, therefore, would be used to meet a small percentage of total electricity demand. There will be a role for large power plants based on other non-fossil technologies, but this role would be to supplement decentralised generation, which would also reduce over a period of time.

This is not a utopian future. Germany, the leader in renewable energy, has most of its solar PV installed on rooftops. About 1.5 million households in Germany have installed more than 30,000 MW worth of solar PV panels on their rooftops. They are either feeding it to the local grids or consuming it domestically.

If operationalised, this model will revolutionise the way power is produced and consumed in India. Millions of households would produce and consume their own electricity. Thousands of renewable energy based mini-grids would promote millions of small businesses and social entrepreneurs to create local jobs and build local economies. Living standards in villages will improve which in turn will ensure women empowerment, better health and education. There cannot be a better development agenda for the country.

In the end, this might be the only way we can avoid large fossil fuel plants. This might be the only route though which we can end the political interference with electricity sector. If there is no DISCOM, there cannot be a promise of free electricity to the electorates. In one stroke, we can make renewable electricity the main source of energy, solve the challenges related to energy poverty, address climate change, build local economies and move towards a secure energy future for India.  This, I think, is the way ahead. Let us develop a blueprint to achieve this future.