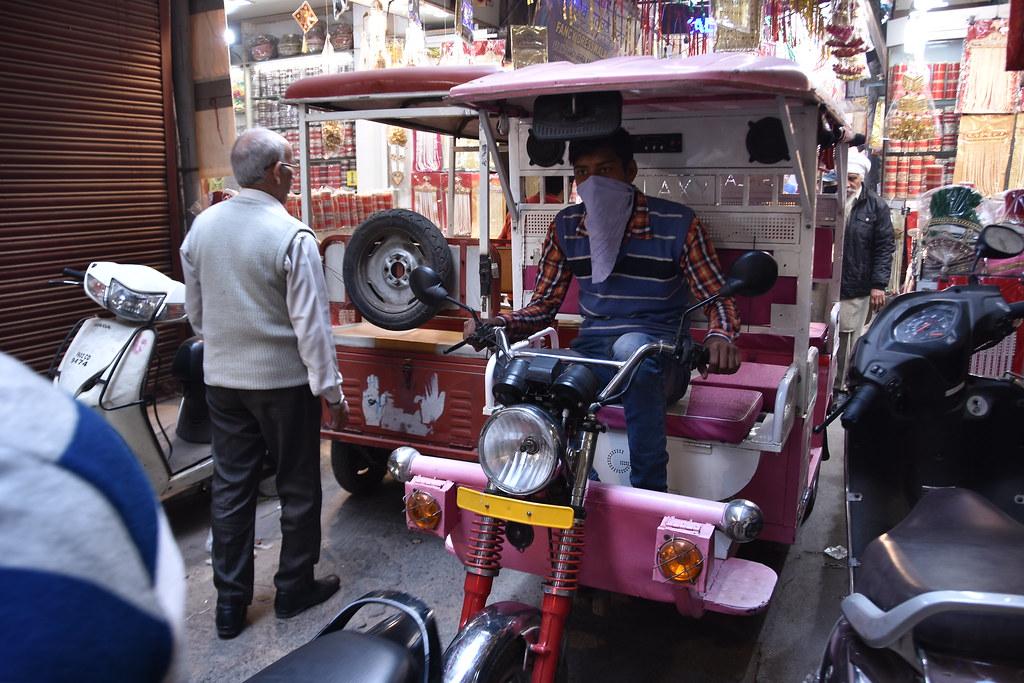 Pedal rickshaws are ubiquitous in the way India moves. The informal sector remains unregulated, but meets the growing demands of last-mile connectivity, especially in tier-I and tier-II cities.

Unlike autorickshaws, pedal rickshaws require great physical effort and are typically used for very short distances. To improve daily earnings and reduce the fatigue stemming from pedalling, rickshaw drivers are transitioning to electric rickshaws — seemingly under the Union government’s radar.

India is home to 1.5 million electric rickshaws as compared to the 400,000 electric cars and electric two-wheelers combined.

As many as 152,000 electric two-wheelers; 3,400 cars; and 600 buses were sold in the financial year 2020-21. “This does not include e-rickshaws that are still largely an unorganised sector with a reported sale of around 90,000 units,” according to the Society of Manufacturers of Electric Vehicles.

The need for regulation

The adoption of electric vehicles depends on several factors, including robust charging infrastructure, easy financing and adequate performance in real-world conditions. These require considerable government intervention and planning, especially with the sector in its nascent stages.

In general, commercial operators find it easier to transition to electric vehicles. Despite the higher initial costs, commercial users quickly recover as EVs are incredibly cheap to run and maintain.

However, rickshaw drivers do not have the financial strength for the upfront costs and are forced to resort to cheaper and vehicles that do not conform to any regulatory standards.

The never-ending demand for last-mile connectivity strained public transport systems and the promise of more trips per day has triggered the transition to e-rickshaws. These vehicles, often assembled in informal garages, are cheaper to own and maintain than conventional autorickshaws.

They also do not conform to safety standards in charging, source of power and batteries’ quality. Informal e-rickshaw use lead-acid batteries as opposed to lithium-ion batteries that most other electric vehicles use. This makes the average life of an e-rickshaw less than two years.

Having maximum speeds lower than 25 kilometre per hour also means these vehicles are not required to meet the usual norms that regular commercial vehicles are subjected to by regional transport offices.

E-rickshaw drivers also depend on unsafe, sometimes illegal, sources of power to charge their vehicles. Charging is done in unsafe conditions, which poses a danger to both the driver and the commuter.

There is also no guarantee of battery life or structural integrity of the vehicle.  Regulating this sector for safety and providing support — both in terms of infrastructure and finance — without impacting the income of drivers will not be easy for policymakers and the industry.

The Centre and state governments need to acknowledge the immense role these rickshaws play and include them in planning for urban transport. Rickshaw drivers are people movers — often complementing other modes of travel. They cater to a demand left untouched by other modes of transport, especially for the lower and lower-middle-class society.

New policies should have stringent regulations to manufacture e-rickshaws and be registered in regional transport offices to ensure accountability. At the same time, state governments should make it easy for the poor to transition from these physically draining rickshaws to their electric counterparts — both financially and with infrastructure.

New policies need to keep in mind that e-rickshaws cannot have downtime charging. This is because multiple drivers use the same vehicle in different shifts. Promoting battery swapping stations will go a long way in catalysing the growth of the segment.

This might be more expensive than regular charging points but will boost the ridership for public transport systems. Doing this is a win-win for both the driver and public transportation at large.

Despite being unregulated and potentially dangerous, the sector’s rapid growth is a sign of great potential. As the first step in encouraging e-rickshaws, both the Centre and state governments should focus on the sector’s homologation. Standards for safety and performance need to be enforced.

Infrastructural support — either battery charging or battery swapping station — needs to be provided. Financial support in subsidies and encouraging banks to provide easy loans needs to be put in place.

The Centre also needs to realise that the segment needs to be heavily subsidised — at least for the first 300,000 vehicles. If this critical mass is reached, the sector can grow organically and encourage drivers to make the switch.

The cumulative impacts of electric rickshaws are greater than just the reduction of carbon emissions. An easy transition makes their lives less tiresome vehicles, increases their incomes, and catalyses the growth of public transport.

Disclaimer: Aparna Vijaykumar is the Manager, Sustainable Cities and Transport, Pawan Mulukutla is the director of Electric Mobility and Karthikeyan Hemalatha is the communications consultant for World Resources Institute India.